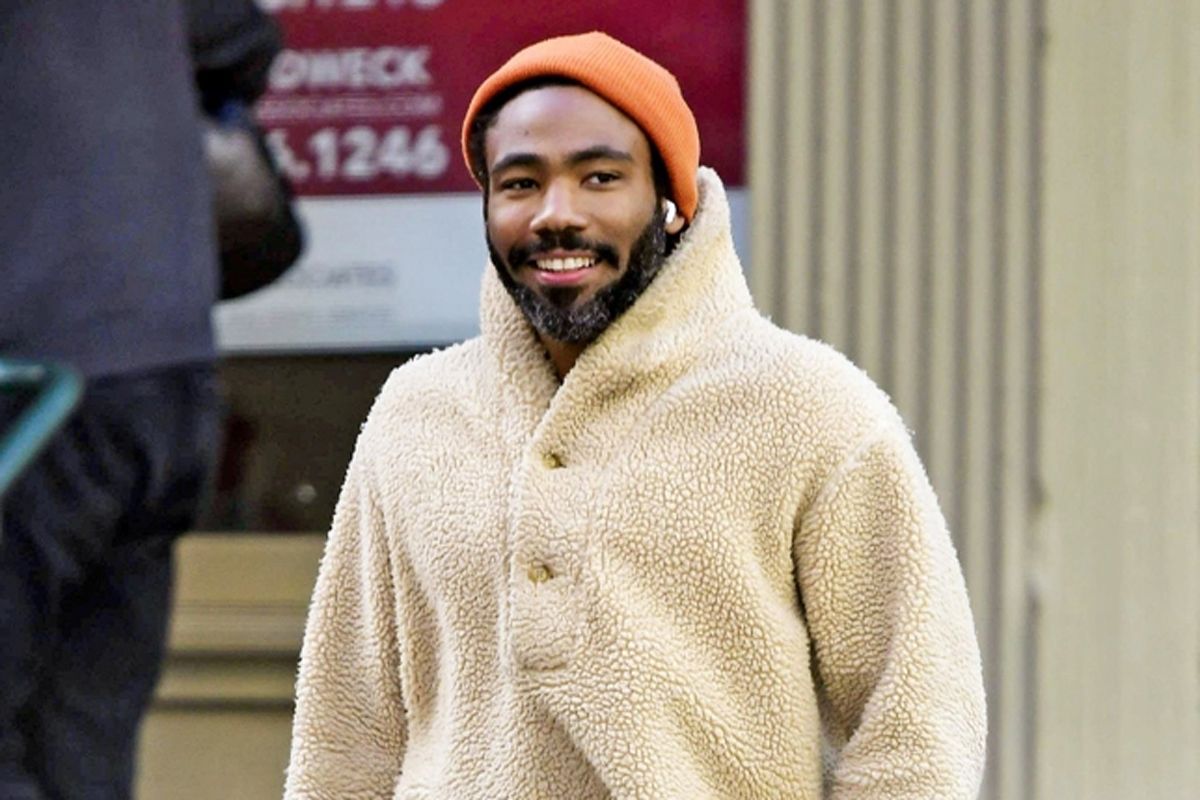 New York recently dipped to 40-degree levels, prompting some to bust out their puffer jackets and thick longline coats during morning commutes. In Donald Glover’s case, the actor said farewell to his tiny shorts and hello to big sherpa for the chilly weather.

On October 8, Donald Glover casually strolled through NYC wearing a slightly-oversized cream sherpa pullover with baggy trousers and an orange beanie, pieces which are regulars in his rotation.

He went with his usual suspects for accessories: AirPods and those semi-pummeled canvas shoes he’s been wearing all summer.

Sadly, we’ve yet to see Glover sport his New Balance RC-30s or tease a potentially forthcoming NB shoe in his street style. Nonetheless, when the moment comes, I’m sure the ‘fit will be worth some noise.

In other project news, Glover’s Atlanta is in its final season after a six-year run and many wild and gripping episodes. Is anyone else still scared of the Teddy Perkins episode or is it just me?

However, more Glover screen time could be on the way as the actor is in the talks to appear in the upcoming Community movie, based on the American sitcom Glover played Troy Barnes until 2014. The role essentially launched Glover into stardom as the talented actor we know him as today.

Glover is as captivating on the screen as he is off, making everyday casuals, like his latest outfit, look easy while out and about.

Indeed, Glover’s fall ‘fit is understated, effortless, and just plain cozy. The same can be said about Glover’s summer style, where short-shorts and bucket hat combos made for simplistic style moments.

Though, Glover’s combo was probably more heatproof than “cozy.”