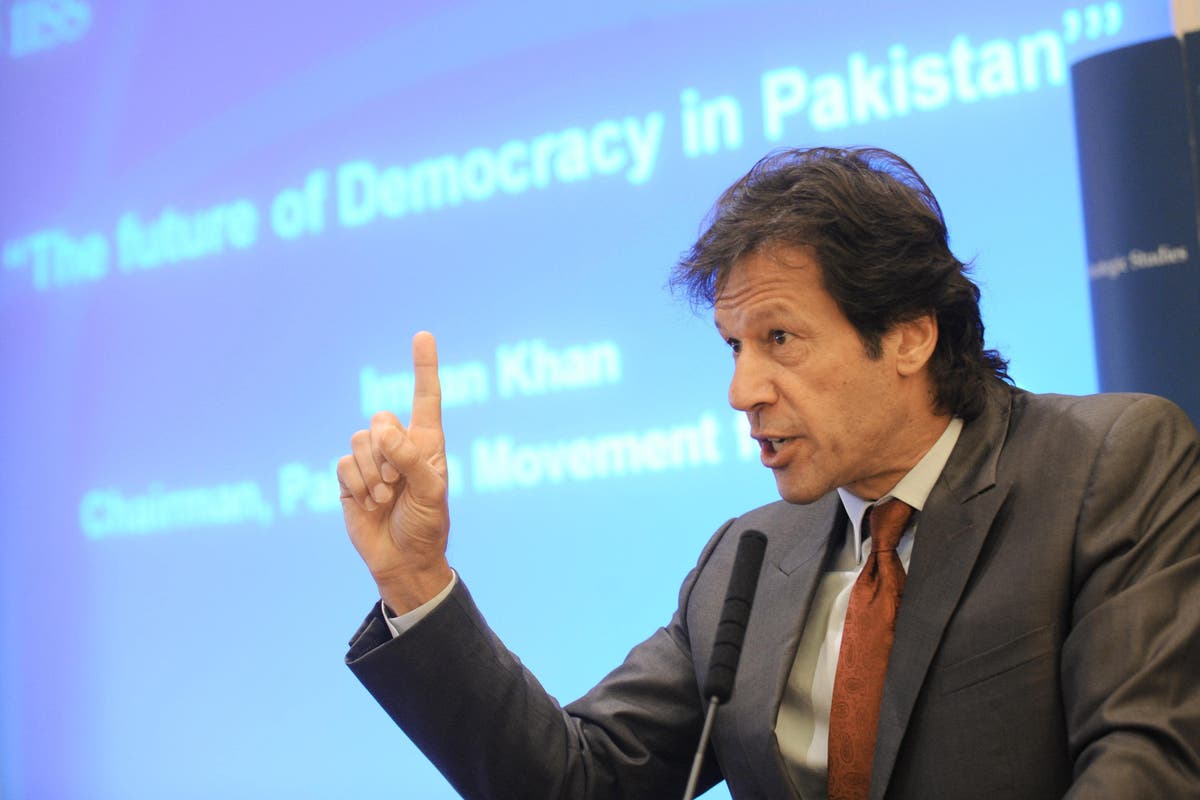 Khan, one of his country’s greatest ever players and latterly prime minister of Pakistan, was hit in the leg after shots were fired at a campaign truck during a protest in Wazirabad in the Punjab region.

One supporter was killed at the scene and nine others injured, but 70-year-old Khan, who was ousted from office in April, reportedly escaped serious injuries. He was seen in blurry footage being carried with a bandage around his right leg.

The Irish women’s cricket team are on tour in Pakistan and are assessing the situation, though a statement stressed they were currently working from an unchanged security threat. Their counterparts at the England and Wales Cricket Board will surely be making their own inquiries too, with Ben Stokes’ Test team set to arrive for a three-match Test series in Rawalpindi, Multan and Karachi on November 26.

The ECB had no comment when contacted by the PA news agency but it is understood that the governing body’s long-time security advisor Reg Dickason is overseeing arrangements for the tour on an ongoing basis. Regular discussions also take place with the Foreign and Commonwealth Office.

New advice from both could now be incoming, though talk of cancellation appears premature at this stage.

Just a few weeks ago England toured Pakistan for the first time since 2005, contesting seven T20s. The trip, which followed a controversial abandonment of a planned series in 2021, went without a hitch with a host of England players and management praising their welcome and handling.

Bulletproof buses, dedicated security teams, additional uniformed and plain-clothes police and snipers were all on hand to look after the squad.

A statement from Cricket Ireland, who are due to play their first ODI in Pakistan on Friday, said: “Cricket Ireland is aware of an incident involving former prime minister Imran Khan that took place approximately 150km outside Lahore, venue of the three ODIs and three T20Is between Ireland Women and Pakistan Women.

“Cricket Ireland is currently liaising with the Pakistan Cricket Board, in-country security advisors and diplomatic services. The PCB chief executive Faisal Hasnain has spoken directly with Cricket Ireland chief executive Warren Deutrom and team manager Beth Healy, and provided them with an updated assessment of the on-ground situation.

“Current advice provided to Cricket Ireland is that there will be no change in the threat level as a result of this incident. The Ireland Women’s squad has been briefed, while Cricket Ireland’s security advisors will continue to review procedures and monitor the situation. However, presently there are no anticipated changes to the security arrangements and procedures that are already in place for the tour.”

Pakistan men’s captain Babar Azam, fresh from helping his side to victory over South Africa at the T20 World Cup in Australia, tweeted his support for Khan.