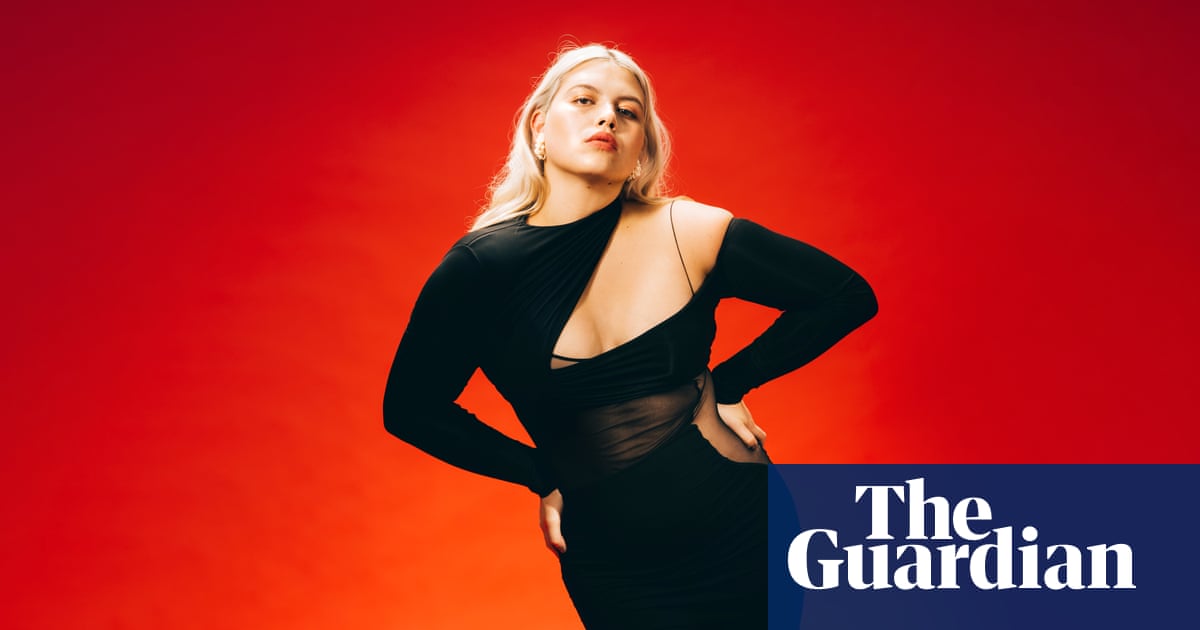 Flash the flesh: why dressing sexy is back in fashion

Sex never goes out of fashion. The survival of the human race depends on it, for starters, so like sleeping and eating, sex isn’t going anywhere. But sexy? Sexy is different. Sexy has been kind of off-message, fashion-wise, for the past few years. Sexy has been uncool.

But lately sexy is, in the words of Justin Timberlake, very much back. The milkmaid dresses of summer are being mothballed in favour of corsets worn under your blazer (see Alexa Chung in a corset dress under leather jacket at Miu Miu’s Paris show) or thigh-high boots with your miniskirt, as seen on Kate Moss on the Tommy Hilfiger front row in New York. After a decade of flat shoes, the slingback kitten heel is a-dangling from bar stools everywhere. Where last year’s hot party-season look was a pair of fancy pyjamas, 2022 is all about the return of the cocktail dress.

The past decade in fashion has been bookended by the sleek minimalism of Old Céline – a funnel-neck knit, a wide-legged pant, a silhouette that hinted only obliquely at the body beneath – and Gucci’s baroque maximalism: nerdy tailoring under piles of bling, or costume-drama lace blouses with tracksuits. It was never really about sex appeal. Two powerful recent trends have been streetwear, which inclines toward the oversized, and athleisure, which presents the body as functional and pure, even when the clothing is skintight. For a long stretch, wholesomeness was the height of sophistication.

But now, the body is back. A glimpse of a lace bra is as much of an up-to-the-minute style touch as an extra huggie hoop or two on an earlobe. The fashion search engine Tagwalk reports that over the most recent round of fashion weeks, 59% of collections included visible lingerie. Waists are cinched with belts for the first time in years. There is even such a thing as – wait for it – a brunch bustier, to be worn with low-slung jeans while you flirt with the waiter.

“I wanted it to be sexy again,” Stella McCartney told me after her most recent Paris catwalk show, which featured Bella Hadid in a catsuit that looked like the supermodel had been caught in a skintight, crystal-studded fishing net – with matching high heels. “I wanted to bring clothes back into the body, because fit is the key to making it sexy.”

Victoria Beckham, who for a decade flew the flag for the pussy-bow blouse and midi-skirt as a date-night outfit, has pared back the layers when dressing both herself, and her catwalk models. “Suddenly it doesn’t feel modern, to be buried under all that wardrobe,” she said, as she put the finishing touches to a Paris collection that was suspended from the flimsiest of spaghetti straps and teetered on high sandals.

When I popped in to designer Roksanda Ilinčić’s east London studio a few days before her catwalk show, she pulled from the rail a series of gowns with bite-size cut-outs edged with padded silk tubing, framing glimpses of erogenous zones: a hipbone, a slice of thigh, the small of the back. “I wanted it to be sexy, this season,” she said.

Sexy went out of fashion because it had become a descriptor for a specific, narrow aesthetic. Sexy was shiny blow-dried hair and waxed, smooth skin everywhere else. It was cleavage and a flat tummy. It was pert and pouty and perma-tanned. Sexy was pitched squarely at the male gaze, averting its fluttering lashes from the eyerolling of the sisterhood. In other words, sexy just didn’t look modern. And looking modern is literally what fashion is all about.

And then came the pandemic, which most of us would agree was a low point for erotica. Without the prospect of a party or a date night or even after-work drinks, we swapped underwired bras for chaste-but-comfy bralettes. With nothing more thrilling than a box set on offer, we embraced elasticated waists as evening wear. The pandemic wardrobe reached its antiseptic nadir with the “nap dress”, a comfortable-enough-to-snooze-in, work-from-home look which encouraged grown women to spend their lockdown days dressed like sickly Victorian children.

There is no clearer sign that sexiness is back in fashion than the return of the push-up, padded or underwired bra. At John Lewis, sales of wired bras are up 45% year on year, while soft bras are down 33%. Kim Kardashian’s Skims brand, which galloped to a $3.2bn valuation in just three years by cornering the market in zeitgeist-undies, has recently launched underwired alternatives to its signature soft, seamless styles.

Bras are a flashpoint in sexual politics. The tagline of Wonderbra’s 1994 billboard campaign, starring Eva Herzigova, was “Hello Boys”, which made it pretty clear for whom the cantilevered cleavage on show was designed. The post-#MeToo downfall of Victoria’s Secret, the lingerie brand whose televised catwalk show went from 12.4 million viewers in 2001 to just 3.3 million in 2018 – and was cancelled the following year – was thanks in large part to its obsession with upholstered cleavage on a zero-body-fat frame falling out of step with a culture that was gradually embracing body diversity.

But in 2022, sexy doesn’t come with a waist measurement or a cup size. In high-fashion circles, a visible nipple – or Schiaparelli’s risqué-but-not-actually-rude gold breastplate, as worn by Lorde on the cover of Vogue – are a haute alternative to the push-up bra. Actor Florence Pugh and her Don’t Worry Darling director Olivia Wilde don’t agree on much, by all accounts, but they are united in their love for going bra-less under a sheer evening dress: Pugh in tissue-fine hot pink at Valentino’s haute couture show in Rome, and Wilde in a Tinkerbell-wisp of Alexandre Vauthier at the Academy Museum of Motion Pictures in LA.

“I’m grateful that I grew up in a household with strong, powerful, curvy women. We were raised to find power in the creases of our body,” Pugh wrote in an Instagram post responding to the trolls who criticised her for baring “two cute little nipples”.

Miuccia Prada, whose Miu Miu miniskirts have helped drive a short-skirt revival, told Harper’s Bazaar that they were intended to “invent a new way of being beautiful or sexy – not going with the cliche of it, but inventing your own way.” The most iconic image of the belt-sized Miu Miu skirt was not Hailey Bieber in the ad campaign, Zendaya in Interview magazine, Naomi Campbell in W, or even Nicole Kidman on the cover of Vanity Fair, but plus-size supermodel Paloma Elsesser on the cover of i-D. “I am sexy on my own terms,” Elsesser said at the time.

Designer Nensi Dojaka, 29, has become the go-to name in party dresses for London’s coolest It girls, with an unapologetically sexy aesthetic. Think bra-tops, heart-shaped cut-outs, belly chains, lace trims and sheer panels. The kind of clothes that, traditionally, were a fashion showcase for a very specific trophy body. But along with the ultra-slender Emily Ratajkowski and Sacha Quenby, this season’s models included Elsesser and Jill Kortleve, who is a UK size 12.

The new sexy is joyful. In a year of relentlessly bleak world events, Rihanna’s maternity wardrobe – bump dripping with crystals, or draped in red lace – was a hit of happiness. At seven months pregnant, she was partying in a black leather miniskirt and thigh-high boots; a month pre-partum, she was out for dinner in a hot pink minidress with turquoise feather trim and a matching feathered clutch. She was glorious, goddess-like, and unashamedly, unapologetically sexy.

The new sexy is for fun, not for show. “Today, ‘sexy’ is the same word but with another value,” designer Stefano Gabbana told Vogue recently. “In the 90s, you’d dress sexy for other people. Now, the new generations dress sexy for themselves, because they love it. It’s kind of a new hedonism.”

It is four years since Christopher Kane launched his More Joy range, which uses the typeface of the 1972 lovemaking manual The Joy of Sex on socks, mugs and bath mats, as well as knickers. In a relentlessly bleak news cycle, More Joy has found a clientele who see it not just as a brand but as a mantra. “Sex is part of life and it is important that it’s celebrated and talked about,” he says. “Pleasure brings joy.”

For Kane, whose most recent show went full throttle on thigh-high splits and sparkly bra-cups, inclusive is essential to modern sexiness. “As body positivity and diversity are becoming rightfully more prominent in fashion … sexy dressing has changed for the better,” he told Vogue. “Anyone and everyone can be sexy.” As Paris Hilton would have said: that’s hot.

10 ways to be sexier, with very little effort

Go bare-legged. For as long as you canDon’t ask us why it looks sexier – bare skin is just a bit more animal, isn’t it? It will dictate what you wear (a longer skirt, mid-calf or more, with boots and hardy socks) but think of it as a doable way to flash the flesh without getting too cold.

If you must wear tights, go lowIf going bare-legged is unthinkable, a pair of low-denier tights (20 or so) looks just as hot. Avoid colours, patterns unless they’re polka dots, anything over 60 denier, and fishnets unless you’re Julia Fox. As an aside, hold-ups are miles better than they used to be (M&S ones have a properly sticky band at the top so they don’t slip down) and deeply sexy.

Follow the unbutton rulesWith buttons, it’s simple. Women should unbutton up to three (the last should sit just above your bra line) to give you a nice slice of Zoom-friendly décolletage. Men, try undoing one, or two at a stretch, but no more. You’re not a Bee Gee.

Try a not-so-naked dressNaked dressing – a full-length dress in a sheer fabric, through which you can see your underwear (assuming you’re even wearing any) – is this year’s party mini. If you’re not game – and frankly, who is? – try a full-length jumper dress. It’s warmer, and if it’s fitted, you get the same level of body suggestion without actually flashing your knickers.

Try wearing a bodysuitWhat you wear underneath your clothes but over your underwear can make a huge difference to your silhouette (it just smooths things out, whatever your body shape) which in turn affects how you feel in your clothes which – yes – can make you feel sexier. A bodysuit with legs (Skims does a good one) or a not-too-tight slip dress (try M&S) can do wonders for your self-esteem.

Try a PG-rated lipstickRed lipstick requires a certain lifestyle. Try wearing a lip colour that’s one shade darker (not lighter) than your own. It won’t look as if you’re wearing colour but acts as a great filler. Boots No7 has good shades in plum and raspberry that last the course.

Put Vaseline on your eyelids, and cheekbonesThe first makes your eyes pop. The second helps accentuate your “natural scaffolding”. One of the few makeup tricks that lasts from day to night, yet works for both.

Moisturise your anklesIf your preferred uniform is trousers, socks and shoes or boots, apply a heavy-duty moisturiser on your ankles each morning. When you sit down, and your trousers ride up, it’s the bit of leg you’ll show.

Don’t wear pyjamasLaughable perhaps, but trust us when we say a long nightdress – try something sleeveless in black or white, or chinoiserie rather than chintz (try skinworldwide.com) – with a dressing gown is just as cosy a double act, and so much sexier.Morwenna Ferrier

2 thoughts on “Flash the flesh: why dressing sexy is back in fashion”