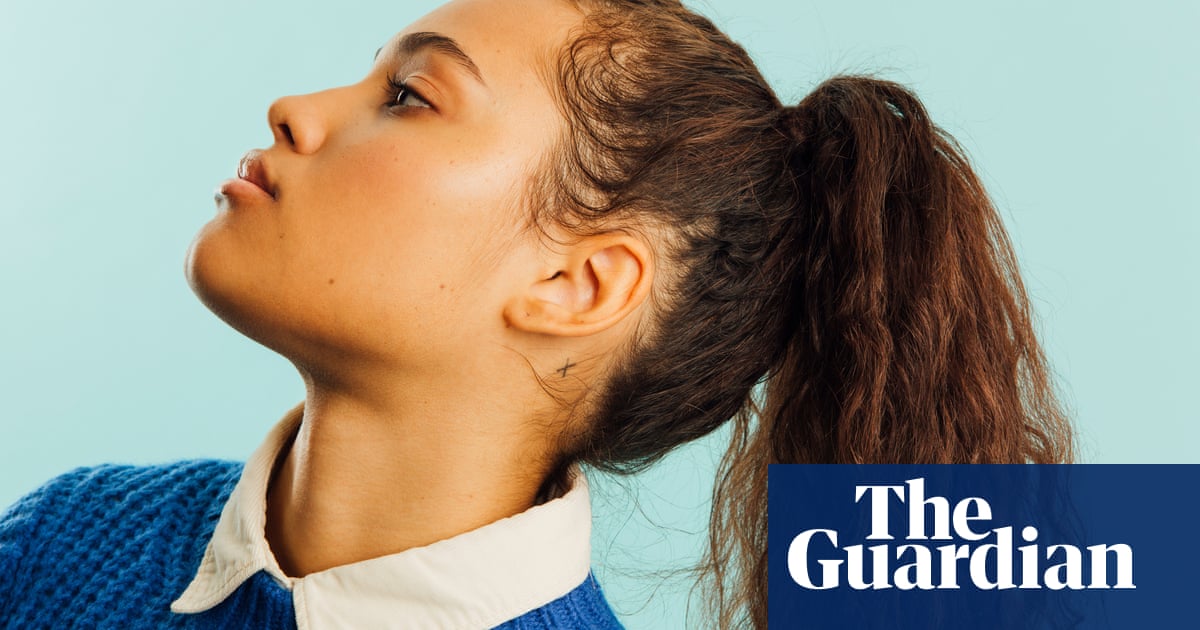 Until this summer, footballers’ haircuts were all about fades and braids, undercuts and bleached tips. Jack Grealish’s curtains, Mario Balotelli’s mohawk, David Beckham’s gelled spikes. But when football finally came home it was wearing a swishy blonde ponytail.

Captain Leah Williamson, Chloe Kelly, Alex Greenwood and Ellie Roebuck were just four of the Lionesses who made a ponytail their signature look at the Euros. On the magic day of the final, ponytails bounced through Wembley as England pogoed in delight.

The Lioness ponytail was high energy and no nonsense. Wearing a ponytail for sport is functional, but with a kick to it. (Ballerinas, who require a style that is functional yet serene, style their hair in buns instead.) But while the scraped-back sporty pony was winning football trophies, a different vibe of ponytail has been showing up on stadium stages and cinema screens.

The Barbiecore trend – a precursor to next summer’s Barbie movie – has helped make the ponytail as much a party look. Gen Z pin-ups from Ariana Grande to Bella Hadid, Hailey Bieber to Megan Thee Stallion have adopted a Hollywood version of the ponytail, in which hair is slicked upward and backward to the crown, precision-raked and lacquered to the skull with lashings of hairspray. The hair cascading from the ponytail is backcombed at the base and flat-ironed into a mirror shine. This is high maintenance and highly sexed, an after-dark look. Madonna, a spiritual godmother of the style, wore it on her 1990 Blond Ambition tour with a Jean Paul Gaultier conical bustier which made her breasts look almost phallic in their sexual assertiveness.

The ponytail celebrates feminine energy. It was born when teenagers were invented, in the late 1940s and 50s. Both the Lioness ponytail and the Barbie version are a flexed bicep, but for feminine power rather than masculine hulk. That doesn’t mean that men can’t work a pony. From Antonio Banderas to Brad Pitt to Chris Hemsworth, the pony has a long heritage among Hollywood leading men. But the feminine energy – the fact that they look, well, pretty – is very much part of the point. Its latest incarnation is as part of the clean-girl aesthetic – very big on TikTok – which is about minimalist but considered clothes (a blazer, jeans, a pristine white T-shirt) and hair worn tied back to showcase the peachy skin that you have if a) you follow one of TikTok’s endless skincare routines and b) you are young enough to be doing stuff because TikTok tells you to.

Height matters when it comes to ponytails. The Barbie is the most vertiginous, all the better for that high-impact waterfall effect. The Lioness ponytail is a little lower but still above the ears, because this is the best way to keep the front strands back when running. The clean-girl pony is worn lower still, the same height as your nose, because the vibe is all about balance and simplicity. A low, nape-of-the-neck pony is the most grown-up kind. This version works with a black sweater and ballet pumps, for an Audrey Hepburn kind of energy. You lose the Tiggerish bounce at this height, so this is a look for the woman who prefers to glide.

The pony can be a hundred different hairstyles because, in the end, it’s not really a hairstyle at all. It’s an attitude. What other style can you do at your desk, without a mirror, just by yanking your hair off your face with an elastic band? The ponytail is a shortcut for when you’ve got stuff to do, places to be. It will never be as elegant as a chignon or as intricate as a French plait, but it is a winner every time.

One thought on “From Barbie to England’s Lionesses, the ponytail celebrates feminine energy | Jess Cartner-Morley”