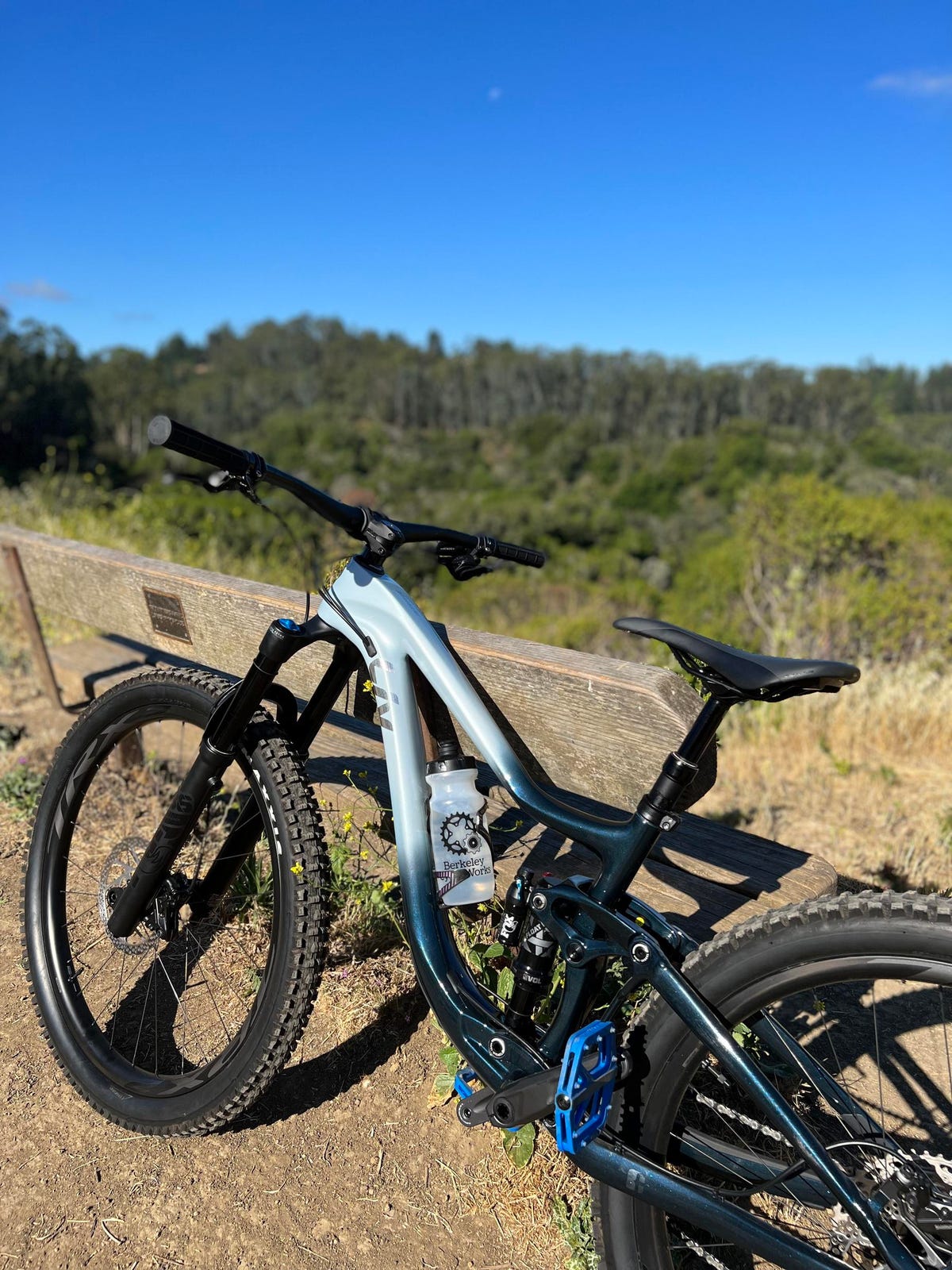 I used to be an athlete. I played competitive basketball and tennis through my first year of college, and after I stopped playing team sports, I continued to stay in shape by running, hiking, biking and lifting weights. And then, in a story all too familiar, work and life took the kinds of turns that pushed out time for exercise. I had two kids. I took on multiple jobs to afford living in the Bay Area. And boom — suddenly, a decade went by without my regular, daily commitment to exercise. I wasn’t sedentary, by any means. I still hiked on the weekends, sometimes, and I rode my commuter bike around town, sometimes. I ate well, I took my vitamins. But in the years between 45 and 55, I stopped being an athlete. And I began to feel not only the loss of my flexibility, strength, and lung capacity — I also started to feel like I was no longer myself. Not coincidentally, I had gained 15 pounds, didn’t like the way I looked in clothes, and no longer felt confident in my body. Vanity aside, I wanted to feel better in my skin, and I especially wanted to return to my sense of self as someone who engages in some kind of sport — any sport — every day.

And then my son quit gymnastics. He had been a competitive gymnast for six years. He had a room full of medals, trained 16 hours a week at age 11, and was moving up to 20 the following year when it became crystal clear to our whole family that the sport was no longer good for his mental and physical health, that the culture of gymnastics, with its emphasis on perfection, was not a space we wanted to inhabit. And because of the pandemic and the need to be outside more, he chose to start mountain biking. Little did I know that his decision would be my own ticket back to health. I got myself a bike and decided to join him on his new adventure.

My son, of course, got very good at mountain biking, very quickly. He joined two teams, went out three times a week to different trails, from steep single-tracks to long cross-country spans with big climbs. He raced, he jumped, he crashed. And he taught me how to ride.

A friend had introduced me to the Liv Cycling brand, a bike manufacturing company devoted exclusively to bikes for women. I thought the concept was cool, but I didn’t really understand why it was important that Liv focused only on women. Isn’t a bike a bike? Well, it turns out, it isn’t. Not only is the frame geometry different from bikes built for men’s bodies, but the culture of mountain biking, as with so many sports, is male-dominated. Liv was founded to change that, to empower women (and girls) to confidently participate in the sport, whether casually or competitively, with equipment built especially for their body types and riding styles.

When I first hopped in the saddle of the Liv Intrigue Advanced bike — which had been dialed in for me by a local shop, Berkeley Cycle Works — I felt like had just gotten a Tesla after learning to drive in a 1970s-era station wagon. When I took it out on a nearby trail, it seemed like I was riding on a puffy cloud of air, and while I was steering effortlessly over rocks and roots, I wasn’t sure if I was actually in control.

The bike had everything I needed, and then some: customizable full suspension, Shimano SLX shifters and high-end Shimano hydraulic brakes, a super-light carbon frame (around 28 pounds, all told), and bells and whistles I had never even heard of at the time. And I still can’t tell you what it is about the frame geometry — designed by women, for women — is game-changing. All I can tell you is that this bike fit my body like no other bike I’d ever had before. It was clear that this was going to be a commitment, and I was up for the challenge. But I obviously needed some lessons in order to do this incredible bike justice.

I got on the phone with Lindsey Richter, who founded Ladies AllRide in 2010 to help all women approach the sport with confidence. A lifelong athlete, Richter got into mountain biking after losing her fitness in college and struggling with depression. Getting on a mountain bike was a major turning point in her life, and she has now devoted her career to helping women and girls “create” themselves, as she says. Richter is interested in the emotional aspect of biking, something rarely discussed in sports. For her, because mountain biking requires being fully in the present, it allows opportunities to face our fears and challenges, whether they be physical or psychological. Richter says, “Instead of wondering where all the women were in the sport, I would go out and find them.”

Ladies AllRide offers skills camps for women and girls, and in 2014, Liv partnered with Ladies AllRide to sponsored these events as a shared mission. Richter says, “The partnership with Liv is important for us because we have the same mission and are louder together: We both want to see more women on bikes and help them feel welcome, seen and heard in the bike industry.” The Ladies AllRide Mountain Bike Skills YouTube channel helped me figure out body position, climbing efficiency, and other basic skills that got me going until I can join one of these camps in person.

Is it easy? No. It is worth it? Yes. And having companies like Liv, that put their money where their mouth is, is so important to welcoming more women into this awesome sport.

I am not a racer, and my goals remain personal rather than competitive, but I am now someone who feels competent on an intermediate trail — confident enough to join my son’s bike team as a beginner’s coach. Because this is really all about spreading the joy of being out in the woods on a bike. Read more about the importance of women-specific bike design here.