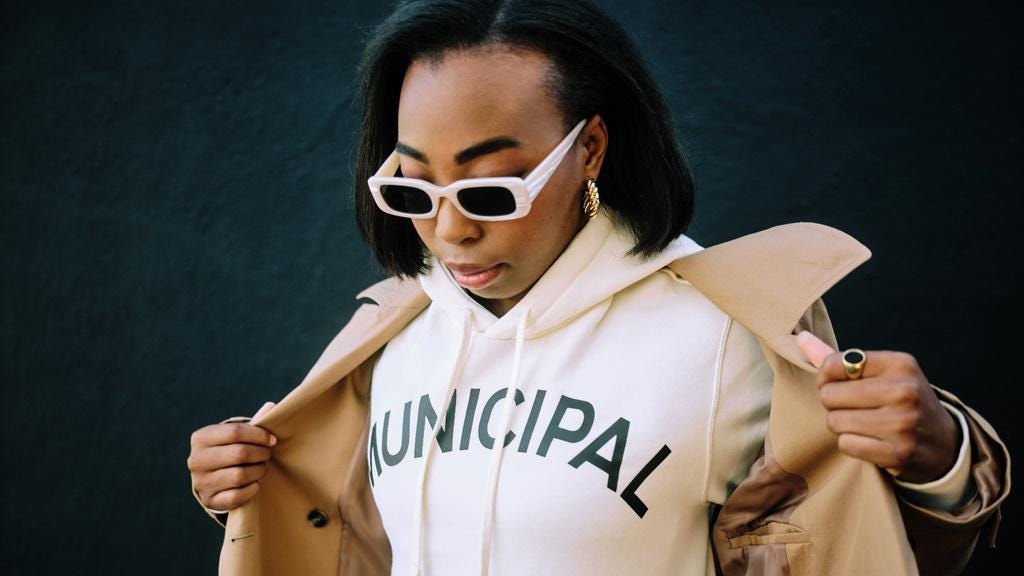 Municipal Strives To Stand Out In Crowded Athleisure Market

Mark Wahlberg left many people raising their eyebrows when the actor, businessman and former rapper revealed his daily routine, which starts at 2:30 a.m.

From there, Wahlberg, who starred in films including Boogie Nights, The Departed and Ted, is running around from the gym to golf, film shoots, meetings, meals and more, so wearing comfortable and versatile clothes is a must.

Through conversations with long-time business partner Stephen Levinson and former Callaway executive vice-president of brands Harry Arnett, the trio noticed a trend in the athleisure industry as many of the brands were doing the same thing by leveraging toned down colors, great fabrics and stretchy materials. But where was the color? The personality? The influence of street style?

“I don’t know if it took somebody to have a Captain Obvious day to say, ‘Why don’t we just do this ourselves?’” Arnett says. “Even if it wasn’t a commercial success necessarily, it would be stuff we liked, so we were like, ‘Let’s do it. Let’s go for it.’”

And thus, Municipal was born.

Founded in 2019, the brand debuted during the height of the coronavirus pandemic, offering wearers a line of sport utility gear which was “the most comfortable, stylish and versatile versions of the stuff you love to wear.”

“We started Municipal because all the stuff out there that was comfortable and versatile wasn’t that cool and had no real style to it,” Wahlberg said via email. “Or if it was cool and had style we liked, it wasn’t very comfortable or versatile. So we wanted to make stuff people loved and wanted to wear everywhere they went—to and from the gym, to work, to workout, to out at night. Everywhere. Why can’t you be comfortable and look cool? So we created Municipal to do that.”

Heightened by the pandemic as more people work from home or in a hybrid capacity, demand for athleisure has grown in the past two-plus years.

True Fit’s Fashion Genome (via Direct Commerce), which analyzes data from 17,000 brands and 180 million True Fit users, reported athleisure orders increased by 84% between March 2020 and February 2021. Lululemon reported a 2% increase in sales to $903 million during the quarter ending August 2, 2020, compared with the same period the year prior, as online sales grew 157% that quarter. Athleta, Gap’s athleisure label, saw a 6% increase in sales during Q3 of 2020 despite the company’s overall sales falling.

The global athleisure market is expected to reach $662.56 billion by 2030, according to a report by Grand View Research.

“We’ve taken a category that’s growing like crazy—the attributes and physical characteristics of our gear being very comfortable, soft, stretchy, high performance with very wearable style—and we’ve pushed it into a place where men and women feel like they can be cool without being uncomfortable with what they’re wearing,” says Arnett, Municipal CEO. “They don’t feel like they’re stepping way over the line of what would be wearable (style-wise) for them. That fusion of everything I think has really worked.”

With more than 20% of transactions purchased by women—either for themselves or men in their lives—Municipal expedited releasing its women’s line, which debuted Oct. 6, “probably three years earlier than we thought,” according to Arnett.

A good problem to have, Municipal isn’t slowing down anytime soon.

The brand announced its first NIL deal with University of Tennessee quarterback Hendon Hooker on Nov. 3 and plans to leverage name, likeness and image more among high school and collegiate athletes, while also promoting more of the company’s athlete and entertainer strategic investors.

Municipal also has plans to open its first retail store, attached to the company’s headquarters in Carlsbad, Calif., in 2023, before expanding into other cities across the country.

The brand is also expanding into footwear next year and “other (categories) that are probably unexpected to people that we’re really excited about,” per Arnett.

“Municipal is a brand for people who don’t want anything to get in their way of realizing a better version of themselves,” Wahlberg says. “Build a business. Get in better shape. Be a better husband, better wife, better brother, better sister, whatever. If you have a goal to make yourself and the people around you better, we’re the brand for you.”