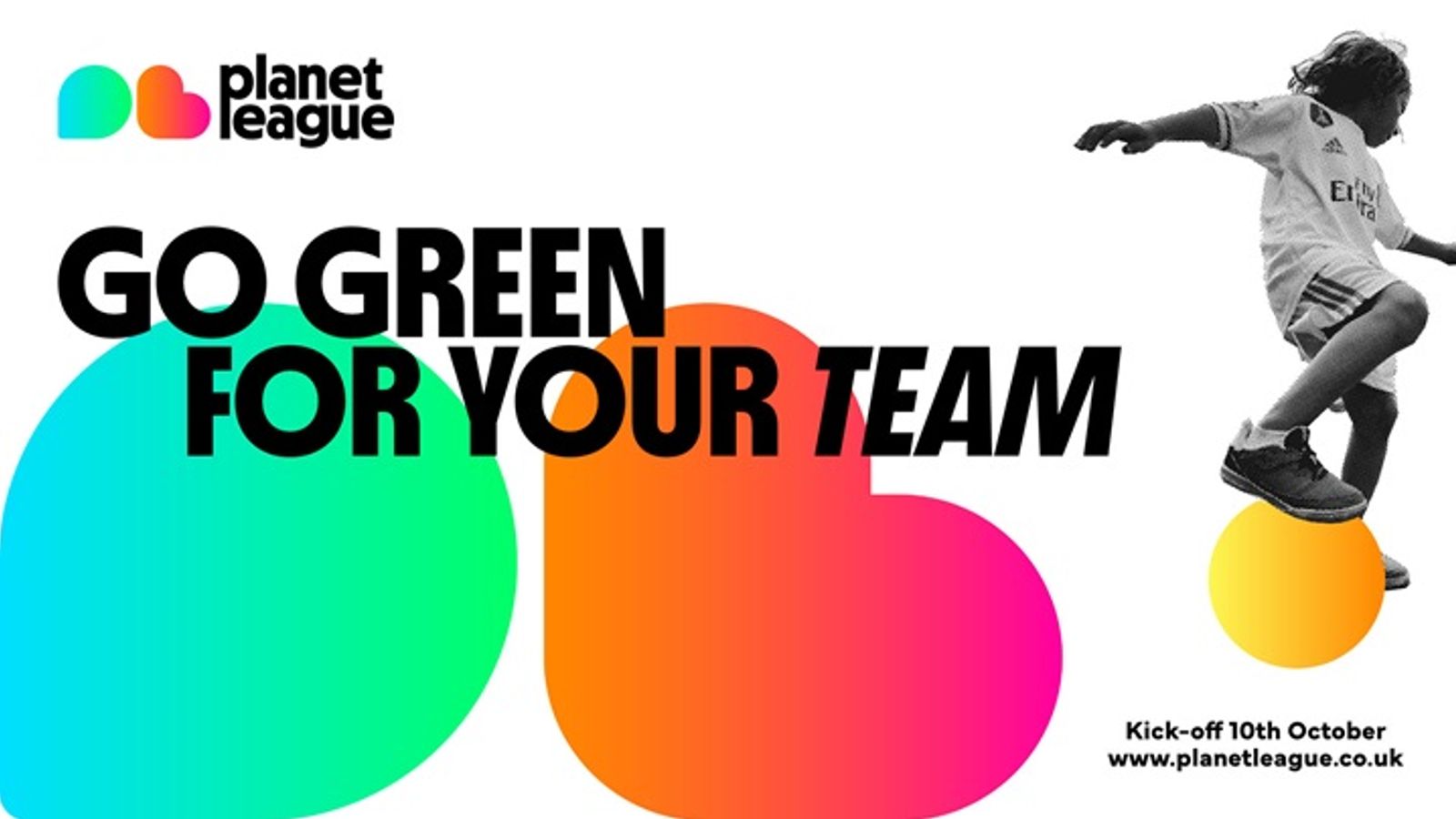 Represent your club in the unique Planet League Cup

Football fans can score goals for their club by completing green activities in the Planet League Cup, the unique sustainability tournament.

The campaign kicked off on October 10 and runs for five weeks in which fans can represent their team in ways such as having a meat-free meal, using the car less and filling up reusable bottles with tap water.

Each week focuses on a particular theme, such as energy, food or travel, and the club whose fans take the most action will win the Planet League Cup. The fan who scores the most goals will win a holiday in the UK.

Thousands of grassroots football clubs are being encouraged to take part by 12 County FAs, while hundreds of schools have joined the campaign – with free classroom materials made available to primary and secondary teachers.

Football fans taking part in the Planet League Cup will have dozens of environmentally friendly actions to choose from to score goals. They include unplugging your appliances when they aren’t in use, making the best of your food before it’s too late with an ‘eat-me-first’ box, taking cooler and shorter showers and using public transport.

Fans who wish to take part in the Planet League Cup should head to planetleague.co.uk.

Football’s Toughest Opponent: The fight for a more sustainable game

Football’s Toughest Opponent shines a light on the climate crisis engulfing the game – watch now On Demand or on Sky Sports Premier League on October 10 at 11pm.

Football has faced many challenges over the past couple of years with clubs pushed to the brink and beyond following financial difficulties.

Stadiums fell silent as a result of a global pandemic, while the threat of the European Super League almost changed the sport as we know it.

But that episode demonstrated what can be achieved when the football community comes together, and now it faces an even bigger threat on the horizon. There can be no division when it comes to climate change.

The time to make a difference is now

To get there, we’ll cut the carbon emissions created by our business, by our suppliers across the world and by the use of our tech products, by at least 50%.

We’ll plant trees, mangroves and seagrass to absorb what we can’t cut…yet.

And we’ll spread the word through our channels and shows, inspiring as many people as we can to join us and #GoZero