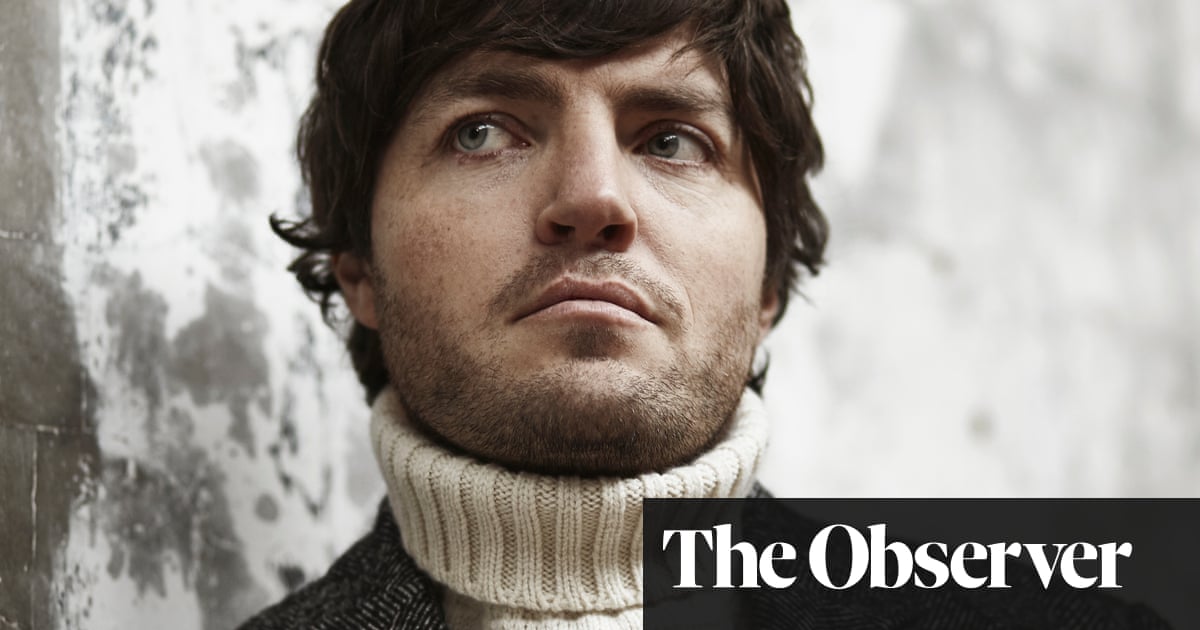 Actor Tom Burke, 41, was raised in Kent by actor parents. He trained at Rada and has worked extensively on stage, including at the RSC and the National. On TV he has played Athos in The Musketeers, Dolokhov in War & Peace and the eponymous detective in Strike, the BBC series based on JK Rowling’s novels. His film roles include The Souvenir and Orson Welles in Mank. He now stars alongside Florence Pugh in Sebastián Lelio’s new film The Wonder, adapted from Emma Donoghue’s novel about an English nurse travelling to Ireland in 1862 to investigate a girl who has survived for months without eating.

You play journalist Will Byrne in The Wonder. What attracted you to the role?If I’m honest, at first I just thought the two female leads were brilliant. I knew Florence was such a great actor and when we did the Zoom read-through Kíla [12-year-old Kíla Lord Cassidy] blew me away. In the book, it’s very much a romance between mine and Florence’s characters but Sebastián wanted more of a slow-building bond that grows out of them both being outsiders. The word rots in my mouth as I say it but it all felt very organic (laughs).

How did you perfect your Irish accent?Well, I have relatives in Cork and was in Dublin about a year before, doing [Amazon romcom] Modern Love. A friend damned my accent with faint praise. She said: “Ah, you know, it was fine for the Americans”. So I tried to be a bit more thorough this time around.

You sport an impressive pair of period sideburns. Were they really yours?They were. Sebastián wanted me to grow a beard but I put my heels in about having sideburns instead. Halfway through the shoot, I thought: “Why?” I had to go to Venice film festival and carry off these huge sideburns with a suit. I couldn’t wait to get rid of them.

Was it a relief to keep your clothes on for the sex scene?Yeah. Sebastián said that sex scene comes out of a sudden moment of loneliness and deep need, which is partly why we kept our clothes on, rather than throwing garments off. It’s great now to have this person on set called an intimacy coordinator. It not only makes people feel safer but means you talk about the scene in a different way, in terms of the story that you’re telling. You want something that’s not just salacious but has some kind of shape to it.

Your character rides a horse called Barry, which is a great name for an animal…Originally, it had a female name but I said to Sebastián: “If you film from certain angles, it’s very clearly a male horse.” So it became Barry.

On The Souvenir, did you find your character, Anthony, hard to shake off?It always happens a bit but never to that degree. It’s an effortful thing to talk about in terms of “Ooh, get him!” but it shook me a bit. We were improvising and you end up using so much of yourself. He’s a dark character and it was probably what Jung calls the shadow, the unconscious personality. There was stuff coming out and I was going: “Oh, OK, that’s in me as well.” Joanna [Hogg, writer and director] was great and never made me feel as if I was being judged. But when we got to Sundance [film festival] and people were saying words like “abusive relationship”, I remember feeling incredibly protective about the character. I knew it was about an abusive relationship, about lies and trust, but it took me a while to not feel defensive.

Strike is back for a fifth BBC series, Troubled Blood, later this year. You were endorsed for the role by JK Rowling, which must have felt good?It was great but I think she, like many good writers, is excited to see their work reinterpreted for the screen. It’s reinvented and people come at it from different angles. Emma [Donoghue] was definitely like that with The Wonder. When Christopher Hampton adapted Les Liaisons Dangereuses for the stage and saw the finished production for the first time, he said: “I’m so excited because I didn’t know I’d written that.” There’s a real generosity to that.

Doesn’t your mother, Anna Calder-Marshall, appear in the new series?She does and she’s fantastic in it. The first scene we had was also with Carol MacReady, who’s a wonderful actor. Her and my mum go way back and it was a joy to be in a scene with both of them. I haven’t acted with my parents in a long while, since doing Victoria Wood sketches and silly stuff in local theatre in Kent.

Your father, David Burke, was Dr Watson to Jeremy Brett’s Sherlock Holmes. So you’ve both played London detectives…Yeah, it’s a nice connection. I’m such a big fan of that series. My dad thinks everyone’s forgotten it but it’s funny. When I go anywhere outside the UK, it’s the first thing people say when they hear my name because that series is still so popular all over the world.

Your godparents were actors Alan Rickman and Bridget Turner. Were they a big influence on you?Very. They were like family really. When Alan died [in 2016], Juliet Stevenson got it right when she said we’ve lost a king. You did sometimes feel like you were at Alan’s court. He had a sense of mission about him and was invested in so many people. Even if you only met him once, he could become a momentary huge influence in your life. He had a way of asking very penetrating questions, often without necessarily meaning to. People would walk away and make quite big life decisions (laughs).

His diaries have just been published under the title Madly, Deeply. Do you pop up?I’ve started to read them and am enjoying them hugely. I don’t believe I do appear, only because Dad was looking at the index the other day to see.

Do you keep a diary yourself?I’ve just started getting back into journalling, not for any reason other than trying to figure out what the hell is going on in my head. I just jot all over the page in different directions. It’s a healthy thing to do but wouldn’t ever suit publication. It’s funny; I remember years ago, Alan raving about Simon Callow’s memoir, Love Is Where It Falls, and Mum asked if he’d ever write a book. He said no and quoted Peggy Ashcroft: “I know me and I’m not interested.” I feel a bit like that. I know me and I’m not interested.

How does dyslexia affect your career?In my teens, I’d only read one book and that took me about two years. Suddenly at 17, I became a reader for the first time. It still takes me a few seconds to look at a clock face and work out what the time is. But it’s not a big deal for me. I’m starting to wonder if I have a bit of ADHD, frankly, but that’s a complete self-diagnosis. I’m no good at sitting still or staring at screens. It felt very liberating to admit that to myself. I need to get out and move.

You’re just back from filming Mad Max: Fury Road prequel Furiosa in Australia. How was that?Pleasingly chilled. I didn’t know what to expect with something that size but I had a great time. It was the biggest scale production I’ve ever been involved with, by a long shot, so I felt quite intimidated but soon settled in. I was working alongside Anya Taylor-Joy, who’s not just a fantastic actor but incredibly courteous, which is always a big plus in my book.

What else is coming up for you?We’re doing another series of [Sky drama] The Lazarus Project, which I enjoyed hugely. And a darkly comic thriller called Klokkenluider is starting to be shown at film festivals. We shot it during lockdown and I’m thrilled it’s getting recognition.

Would you like to do more comedy?I like black comedy or things that abruptly change tone. Unpredictability keeps people on the edge of their seats. Korean cinema is leading the way on that. It has the confidence to play around.

Any plans with Ara Theatre Company, which you co-founded?If I did theatre again, it would definitely be with the company. But for some reason, it’s a medium I feel complicated about right now. I feel a little freer doing film.

What do you do to relax when you’re not working?I walk, I read, I eat. There’s a bit of the workaholic in me, just wanting to work to oblivion. I’ve had to learn to say no and just sit with real life a bit more.

3 thoughts on “Tom Burke: ‘Alan Rickman was like family, really’”