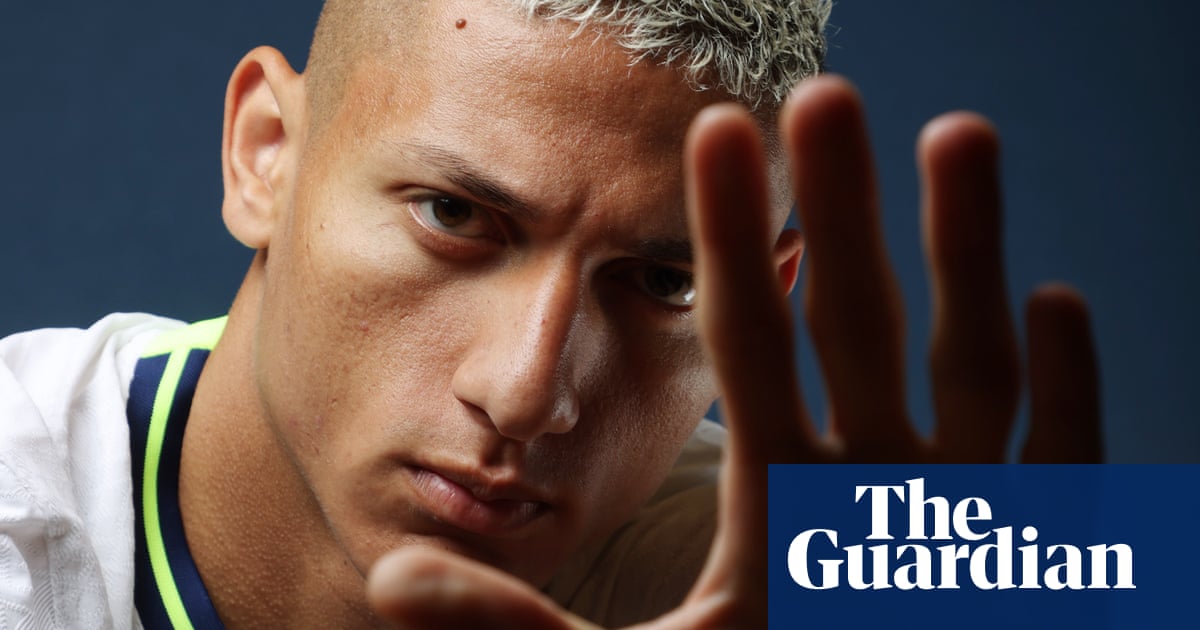 ‘We live in a difficult time’: Richarlison on racism and his anti-poverty drive

Richarlison and his Brazil teammates could sense something unpleasant in the air as soon as their national anthem started at Parc des Princes. They were lining up for last month’s friendly against Tunisia and the scale of hostility from their opponents’ fans, effectively a home crowd, felt oddly heightened. “They started booing and cursing, so we already saw that something worse was to come,” the Tottenham forward says.

The players were proved right in the most depressing way possible. Richarlison was celebrating Brazil’s second goal in a 5-1 win when, among several objects thrown on to the pitch, a banana could clearly be seen falling in front of him from up in the stands. If a form of footballing justice was meted out in the eventual scale of the victory, it bore little comparison to the price that should be paid by individuals who blight sport and society with racism.

“The punishment needs to be more severe,” he says. “When that person threw the banana there, I ended up leaving it to the side and celebrating the goal with my teammates. I left it there and kept my focus on the pitch. But, as I said, this type of thing needs to be punished so that other people don’t do the same.”

It is a chilling image, captured clearly by camera footage inside the stadium, and presses home how far there is to go in erasing such mindless acts of cruelty. “We live in a difficult world, in a difficult era, where people don’t have respect for race, for religion, for politics, or whatever it may be,” Richarlison says.

The fact Brazil had posed before the game in Paris with a banner reading “Without our black players we wouldn’t have stars on our shirts” casts the incident in particularly stark relief. The gap between good intentions and happy consequences is yet to be fully bridged even if football is trying. Richarlison is speaking before last weekend’s round of fixtures, which were the second of two dedicated to the Premier League’s No Room for Racism campaign this month. Players took the knee before Richarlison and Spurs faced Everton on Saturday and the hope is that impactful anti-racism actions keep hitting home.

They are felt globally and so, unfortunately, are shocking moments of the kind Richarlison experienced against Tunisia. Among those watching was Vinícius, a 25-year-old Tottenham fan from Salvador, who wrote a letter to him in support. It is some experience to hear Richarlison carefully read aloud the words written by Vinícius and reflect on the common ground that neither man should have to occupy.

“For my whole life I’ve been scared of suffering what you suffered [in Paris],” Vinícius writes. “The thought of racism kept me up at night and for much of my childhood, I avoided leaving the house. From an early age I understood certain things about racism. When there were white people, I felt the ugliest and most incapable out of everyone. I felt inferior.”

Vinícius describes how he would wait outside shopping centres while his white friends, who held no fears of being pulled up by security guards, went inside to try on clothes. It is the kind of everyday hindrance that, added up, holds back so many lives and Richarlison knows how it feels.

“I too have gone into the shopping centre and the security followed me and my friends,” he says. “It wasn’t just because we didn’t have expensive clothes or because we were thieves, whatever the security was thinking. This is quite painful because we feel different to other people. This hurts inside.”

Richarlison is trying to lessen others’ pain and give them the resources they need to stand tall. “I know what I went through in my childhood,” he says. “I wasn’t born in a golden cradle so, now I’m in a better place, I try to help as much as possible, mainly people in Brazil.”

He gives up 10% of his salary to help fund Instituto Padre Roberto Lettieri, a support house in Barretos, São Paulo state, that assists cancer patients from a local hospital. It gives free accommodation and food to those who arrive for treatment but cannot afford sustenance. He also helps more than 100 families in his home city, Nova Venécia, through its local football club. “I don’t do this because I have to, I do it from the heart,” he says.

The fight against discrimination goes to the very core, too. Nobody deserves to feel the level of discomfort and alienation experienced on that pitch in Paris, or around those shopping centres in Salvador, but he concludes that hope must never be allowed to wane. “I think we live in a difficult time, but I’m still dreaming of the day when racism ends.”

One thought on “‘We live in a difficult time’: Richarlison on racism and his anti-poverty drive”