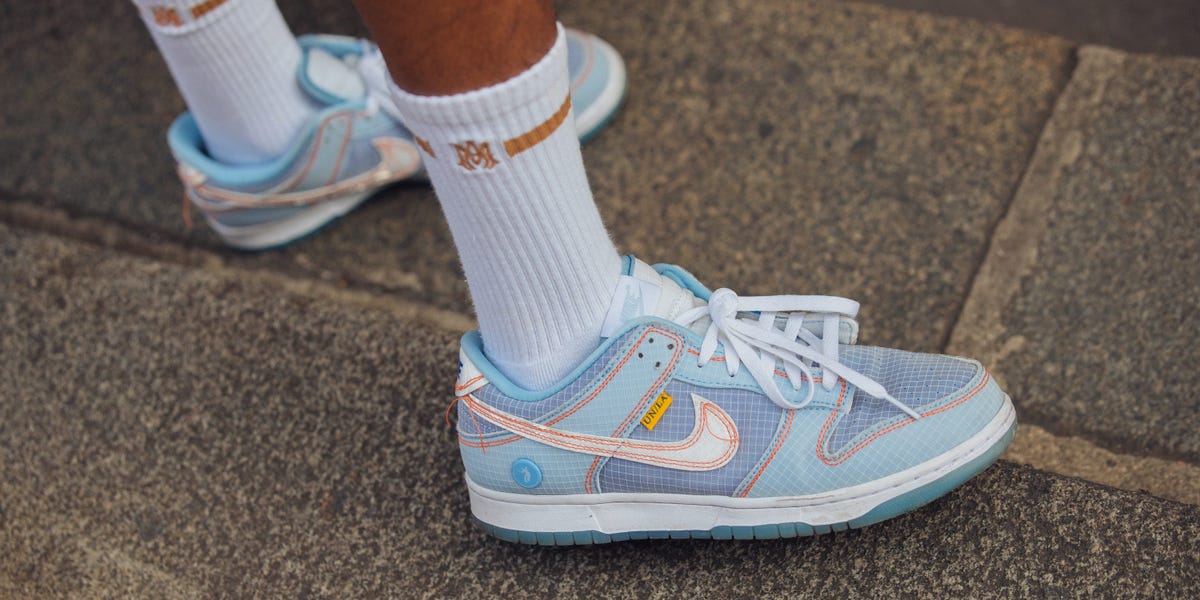 Why sneaker prices are at a 40-year high, with one economist comparing them to an ‘erratic’ EKG

Footwear prices increased more in 2022 than in any of the previous 40 years.

But the price of sneakers likely won’t go up as much this year. Inflation is easing. That goes for sneaker prices, too.

Through November, footwear prices were up 4.96% in 12 months, while inflation was running at 7.1%.

But there was some relief — both footwear prices and inflation slowed from the previous month.

Gary Raines, chief economist for the Footwear Distributors and Retailers of America, expects that trend to continue.

“We continue to expect slow moderation in coming months as [interest] rate hikes take effect and tamp down borrowing and demand,” he told Insider.

Raines said the recent surge in footwear prices can be traced to the pandemic.

Stimulus checks lined the pockets of consumers in 2021 and stay-at-home policies fueled a nearly 30% increase in footwear spending. At the same time, snarled supply chains and factory slowdowns made it harder to get sneakers on shelves.

“It was unlike anything the industry had ever seen before,” he told Insider, describing footwear prices the last few years as “suddenly erratic, like an EKG.”

Americans spent a record $104.8 billion on footwear in 2022, a 4.5% jump, according to an FDRA forecast based on US Bureau of Economic Analysis data.

But as pandemic restrictions end and factories, offices, malls, and restaurants spring back, footwear prices are returning to a more historical rate of increase.

“We’re kind of on the tail end,” Raines said. “We’re seeing year-over-year increases in footwear moderating. They’re still high. But they’re not nearly as high as they have been.”

For buyers, that’s good news. Shoes won’t go up in price as much next year. But that also means sellers will have less pricing power.

Wall Street will keep a close eye on that dynamic.

Many sneaker companies are sitting on large amounts of footwear and apparel. As supply chains untangle, overdue shipments are flooding storage rooms.

“How they clear inventory is going to be critical,” Poonam Goyal, senior e-commerce and athleisure analyst for Bloomberg Intelligence, told Insider as part of her 2023 outlook. “That’s what I’m really watching for.”

As one example, Nike in December reported a 43% increase in inventory. Three months earlier, it reported a 44% increase. But don’t expect sales on popular sneakers, including the ubiquitous Dunks.

On a December call with stock analysts, Nike Chief Financial Officer Matt Friend said the brand’s average sales price was up for the year, “even with higher discounts to liquidate excess inventory.”

“We continue to see strong levels of full price realization in footwear, which continue to give us confidence in our most important product franchises,” Friend said.