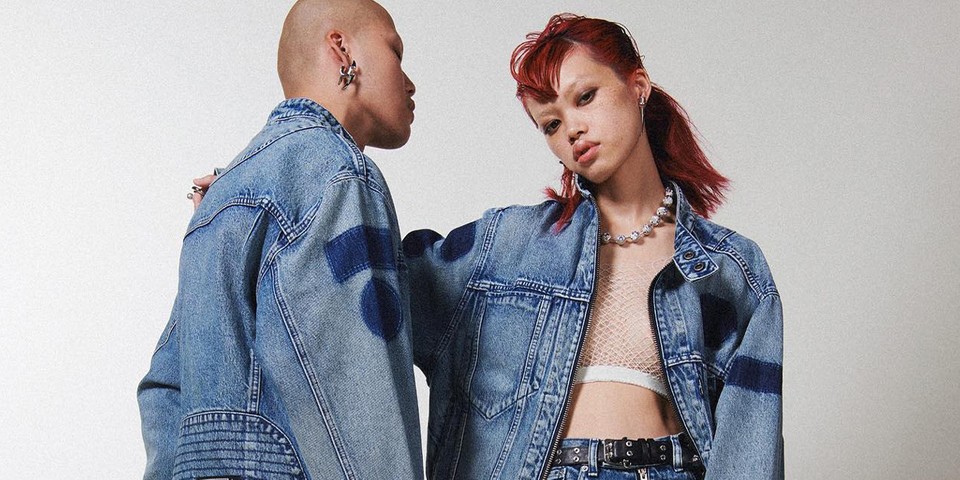 AMBUSH® Releases the Part Two of Its Levi’s Collaboration

Following the first drop of the AMBUSH x Levi’s Mid-Indigo denim collab, the Japanese streetwear brand is gearing up to release the second part of the capsule later this month.

Taking to Instagram, the AMBUSH official account initially teased the upcoming release with a clip showcasing AMBUSH-styled denim. The reels featured an ominous message just less than 24 hours ago stating, “Levi’s® x AMBUSH®. Coming Soon.” Now, the brand has teased what appears to be another four-piece capsule. that features a mid-indigo wash. The jeans feature patchwork for the vintage-inspired aesthetic, while the denim jacket appears to take design notes from a biker jacket, making a not-so-typical piece. Different from traditional denim jackets, this piece is inspired by the 2000s-styled circle collar and is fastened by a zipper instead of buttons. The denim jacket also features a darker wash patchwork for added details.

In other fashion news,