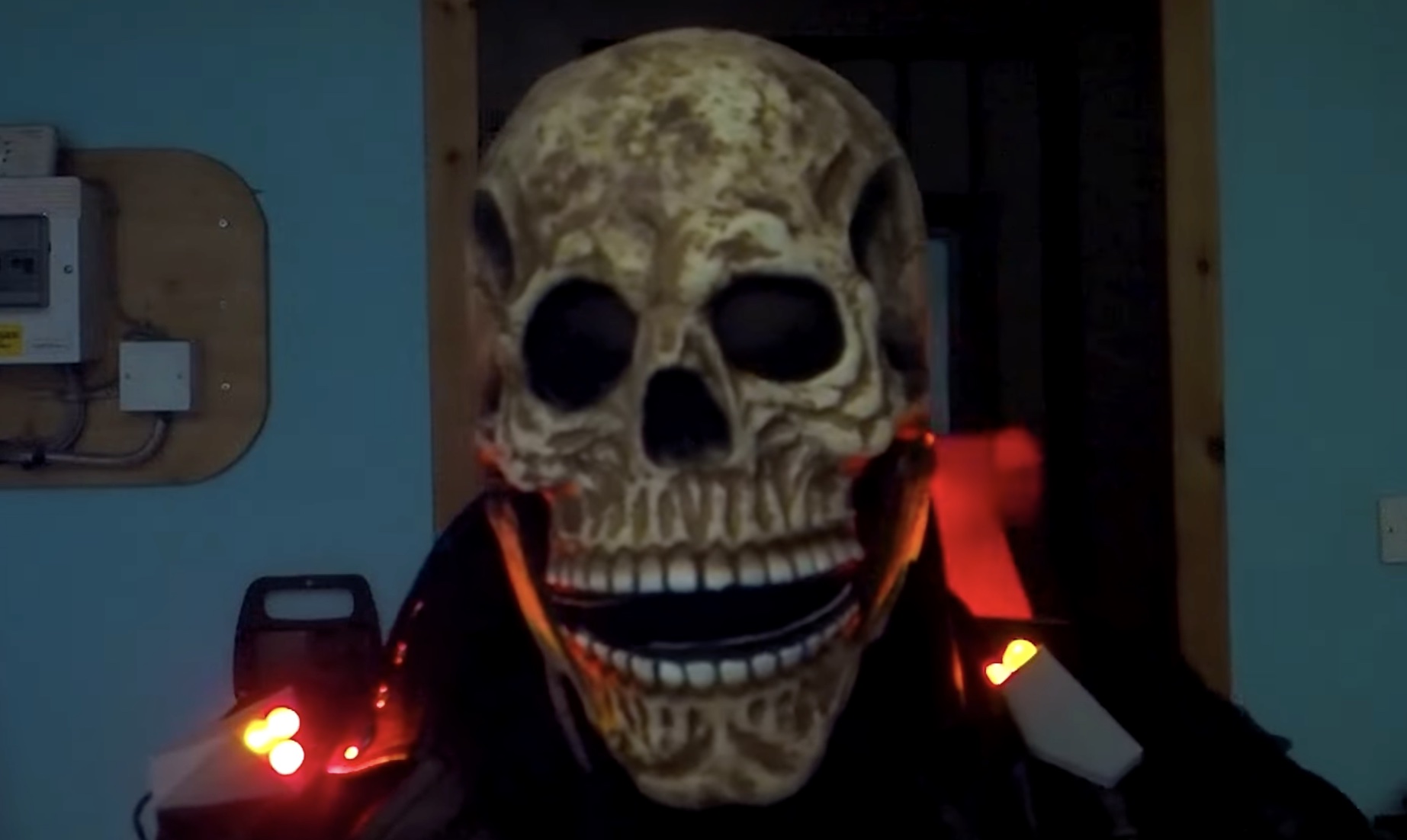 Long before Nicolas Cage ever portrayed the character on the silver screen, Ghost Rider appealed to an edgier subsect of Marvel’s audience. We won’t do a deep dive into the character(s) and their Faustian deals, but suffice it to say that Ghost Rider is a human man who turns into a flaming skeleton that rides a motorcycle. Where that lands on the cool to cringe scale depends on the particular appearance, but Andy’s Halloween costume recreation of Ghost Rider is definitely cool.

Andy’s costume includes a skeleton mask and the appropriate biker-style leather jacket, but really comes to life thanks to the added effects. Those include LED lighting and billowing flames. Andy can activate those using a small handheld remote control. When he does, the LEDs illuminate pieces of red cloth that flap in a wind created by big blower fans. Those mimic the look of flames shooting out from the jacket.

An Arduino Nano 33 BLE board controls the LEDs (a total of four red and two yellow), as well as the two blower fan motors through a TB6612FNG-based DC motor driver. Those blower fans use a lot of power, so this requires a large LiPo battery that sits in a backpack. The remote contains a second Nano 33 BLE powered by a small LiPo battery in a 3D-printed enclosure. The two Arduino boards communicate via BLE (Bluetooth Low Energy) and the remote control’s Arduino uses its onboard accelerometer to respond to motion controls.