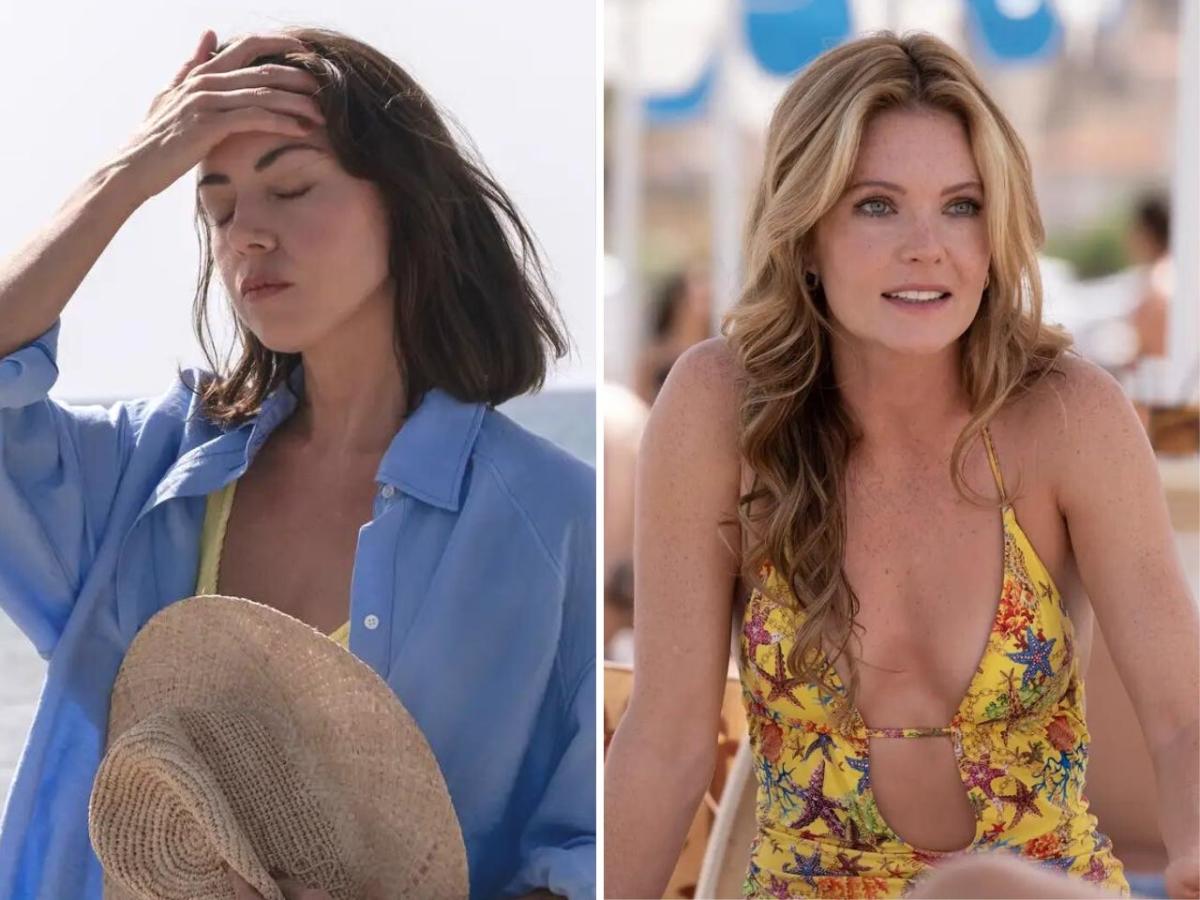 Aubrey Plaza said that she was “tripping” on mushrooms when she went on a hike in Sicily with her “The White Lotus” costar Meghann Fahy.

Last week, Fahy appeared on “Late Night with Seth Meyers” and recalled a moment when she and Plaza went on a hike in Sicily while they were filming the hit anthology series. Fahy said that the pair got lost during the hike and when a biker gang tried to introduce themselves, Plaza hid her face and said, “Don’t look at me.”

During her own appearance on “Late Night with Seth Meyers” on Monday, Plaza said that her costar had left out a key detail in the retelling.

“She left out the most important part which is that we were on mushrooms,” Plaza said, referring to the psychedelic drug (the conversation starts around the 6-minute mark).

Meyers told Plaza that Fahy’s parents were with her on the night she appeared on the show, which might be why “The Bold Type” actor decided to leave out the crucial detail.

Plaza continued: “We took a little one. And so when she was telling the story because I watched it… it was like, ‘Aubrey was on the road and all these Italian guys are on motorcycles and Aubrey was like, ‘Don’t look at me.’ I was tripping. It was terrifying.”

She added: “We were lost on a highway and there were Italian men going ‘Vroom, vroom’ like coming at me. I thought they were taking me to the dark side like, I was gonna transfer over. I was tripping balls bitch.”

During Fahy’s interview last week, she explained to Meyers that it was her fault that the pair got lost in the first place.

“It was a place that I had hiked to several times before and then I did get us lost,” Fahy said. “I was like, ‘Follow me right over here.’ And then we got so lost that we ended up sort of walking down the side of the highway.”

Fahy said that the interaction with the biker gang was much like their characters in season 2 of “The White Lotus.”

“And it was a very Daphne/Harper moment because they were like, ‘Hey, girls’ and she was like, ‘Don’t look at me’ and I was like, ‘Hi!'” Fahy said. “She had a bucket hat on. She was, like, trying to be really low-key and I was like, ‘I love it here!'”

“The White Lotus” is available to stream on HBO Max.