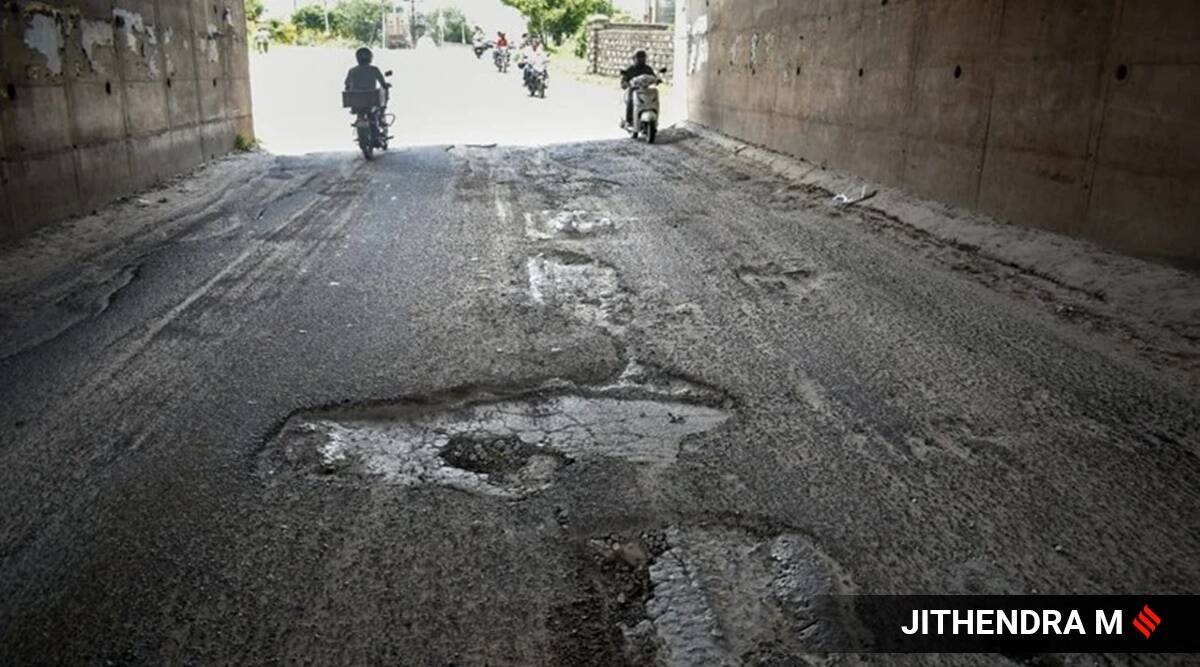 Bengaluru: Youth killed in yet another pothole-related accident, 2 injured

In yet another pothole-related accident in Bengaluru, one person was killed and two others were injured near Attur Layout, Yelahanka during the late hours of Saturday.

The deceased has been identified as Harshad, 24, a student from Kerala who was studying at a private college in the city. The bike he was riding got hit by a car that lost control while trying to negotiate a pothole.

According to police sources, there were three potholes along a stretch of around 100 metres.

Owing to rainfall on Saturday evening, the potholes were filled with water and the driver was unable to notice them. The driver lost control and the vehicle turned turtle when the biker was heading from the opposite direction.

The pillion rider and the car driver were also injured in the accident and their condition is said to be serious. The locals said the potholes were to be repaired either on Sunday or Monday.

On Sunday, the Congress took to Twitter to condemn the incident, contending that Harshad was the third victim of the ‘pothole menace’ in Bengaluru in a month.

“The government has not woken up despite continuous deaths and warnings by the High Court. It has a skin thicker than that of a buffalo,” the Congress said.

It can be recalled that a Bengaluru woman died on October 19, a day after she met with an accident while trying to avoid a pothole.