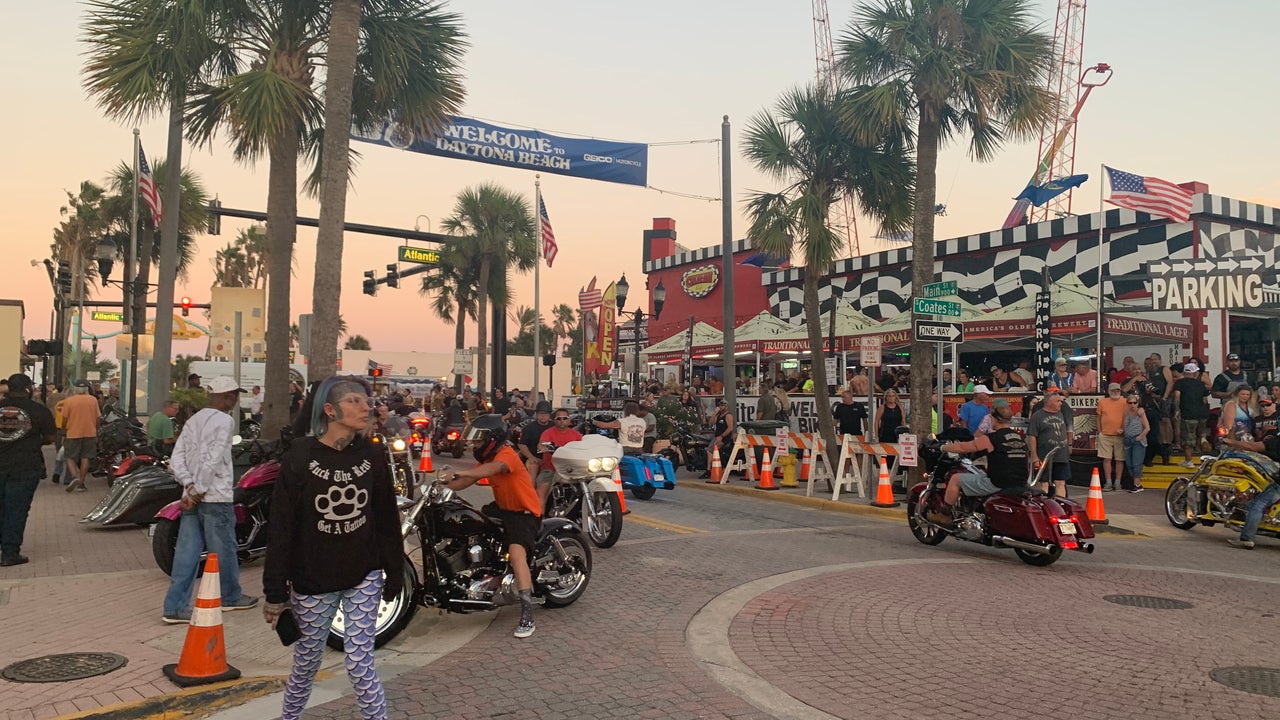 There was some concern that damage from Hurricane Ian would keep people from coming to Biketoberfest this year. Judging by the crowds that showed up Friday, it seemed that was not the case.

A lot of businesses are trying to make the most of that crowd after Hurricane Ian set them back.

“I don’t see a lot of bags, though. Not a lot of shopping,” said Motaz Mozayan, the owner of Wild ‘n Crazy Airbrush on Main Street in Daytona. That shop lost power for over a week after Hurricane Ian. “But there is people in town, and you always have a better chance to make a sale when there’s people in town.”

Just down the road, Danny Yanesh, the Sales Manager at Biker Brothers Apparel, says that shop had to close during the time when they’d normally be preparing for Biketoberfest.

“The main thing was having power and not having internet. When you’re preparing for an event like this, you need to have that stuff.”

Many shops, Biker Brothers included, even sell merchandise specifically tailored to Biketoberfest, hoping to bring in some extra cash.

“Most of the bikers are older like me, and these are older bikes,” said Yanesh. “It just seems that it’ll give them something where they’ll go, ‘I remember when I had one of those.’ So those are really cool to me.”

Samantia Reid bought one of those commemorative shirts Friday, at her very first time at Biketoberfest.

She says she’s loved seeing all the women bikers.

And of course, there are plenty of people who’ve been coming to Biketoberfest for years. This is the 30th annual. Roland Parker says he thinks this year has more people than average.

“We just came over here to enjoy the festivities, hear some music, and participate,” said Parker.

Biketoberfest continues through the rest of the weekend. Saturday and Sunday, there are swapmeets, there are bike shows, there are several different concerts planned.