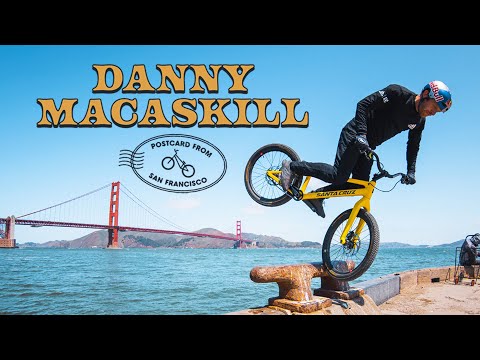 Trials rider and mountain biker Danny MacAskill is one of my long-running obsessions here — I first posted about him all the way back in 2009 and if there’s ever a kottke.org konference, you’d better believe MacAskill will be performing at it. Anyway, MacAskill recently visited San Francisco with Red Bull and explored some of that beautiful city’s most iconic locations on his bike. Wow, the tennis net ride at 2:45 — BONKERS.

This video is actually a trailer of sorts for a 4-episode series that’s available on Red Bull’s site:

Super Rider (another trials rider) also did a behind-the-scenes video with MacAskill where they go in-depth on the tennis court setup.