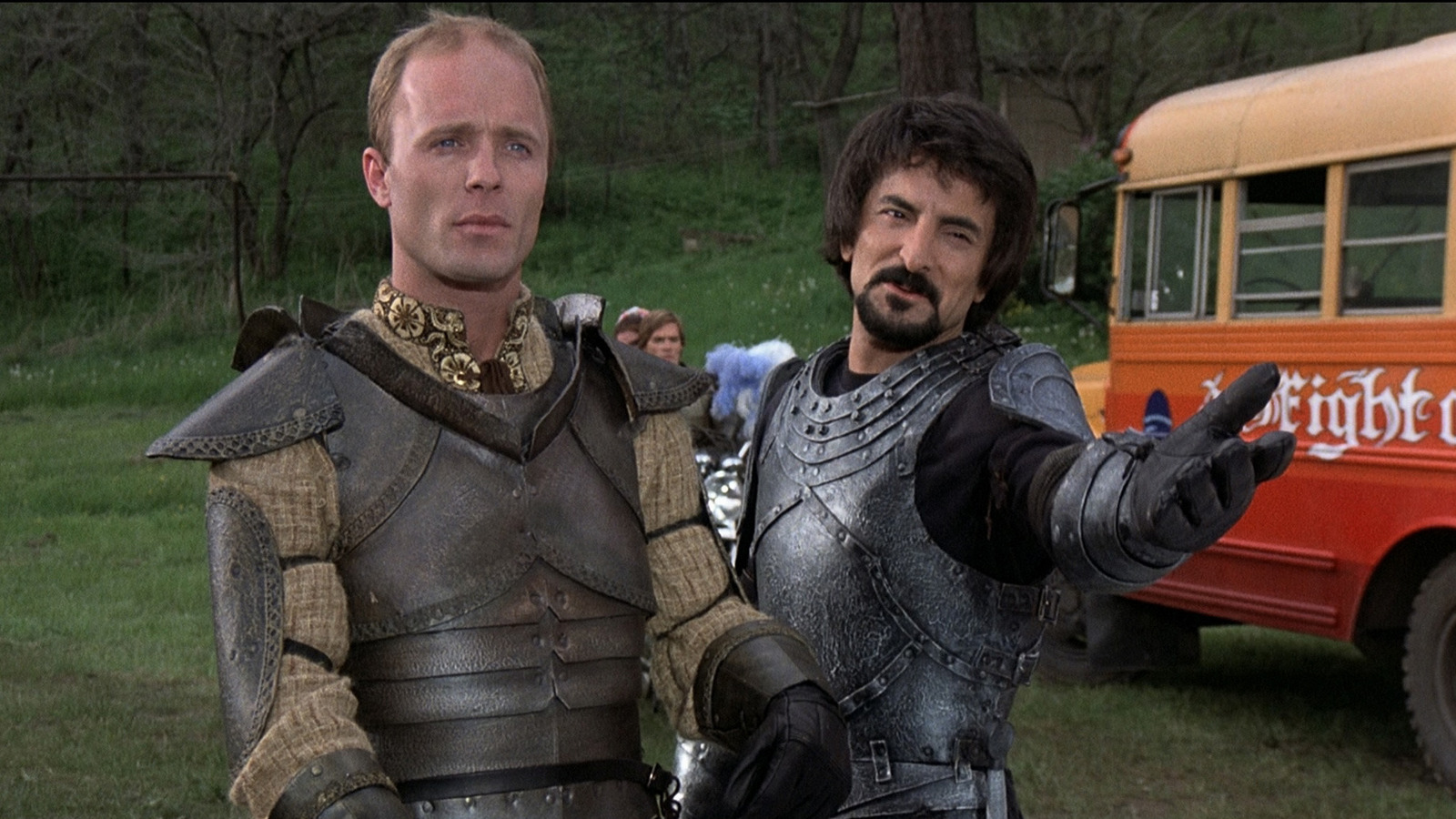 George Romero’s Knightriders Got Made Thanks To A Joke

Romero’s initial spark for “Wine of the Fawn” transformed into a much more budget-friendly, commercial idea on a total whim. Savini told /Film how “Knightriders” came to be:

Savini had already shown off his riding skills and fearless stunt work in “Dawn of the Dead,” so he turned out to be a natural fit for the insulated world of “Knightriders.” The rock score was composed by Donald Rubinstein and remains one of the best soundtracks in Romero’s entire filmography. There’s a moment in the film where the gang of knights led by Billy (Ed Harris) soar down the highway just as the triumphant main theme kicks into high gear. It’s glorious. The final idea for “Knightriders” may have come out of a flippant remark from Romero. But the result was a very earnest adventure film about a tight-knit group of performers that are just trying to make their way in a changing world.