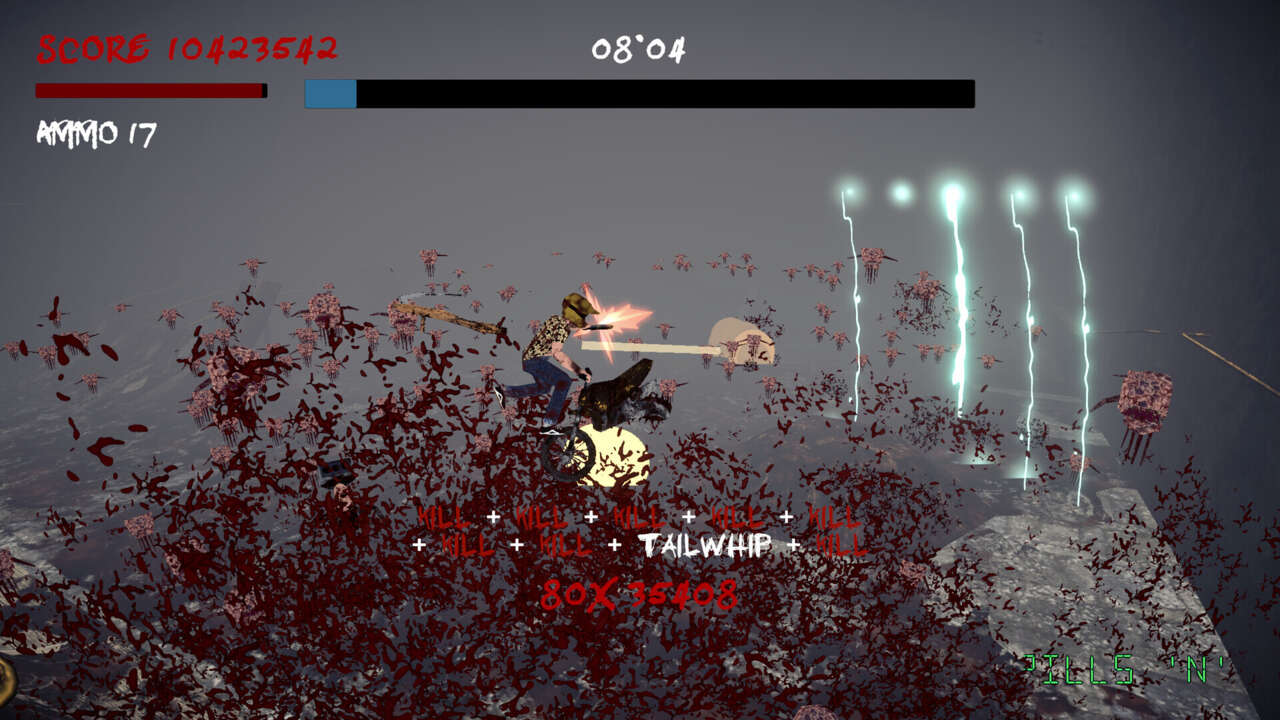 In This Tony Hawk-Style Roguelite Shooter, You Get Stronger By Doing Tricks And Killing Monsters

In Motordoom, you rip sick tricks on a motorbike while murdering demons en masse. The game takes inspiration from Tony Hawk’s Pro Skater and action roguelikes a la Vampire Survivors.

In a brief video the developer posted on twitter, you can masked motorbike rider flipping and grinding while shooting floating, brain-like demons. Just like THPS, a string of trick names and a current combo score are displayed at the bottom of the screen. Kills are included in the combo chain. At one point, the biker levels up, picking a new ability or upgrade from a set of three cards. After a cut to later in the run, the biker takes a massive jump, shoots out dozens of lightning bolts slaying enemies, and rides through the ensuing fog of blood.

The game has a classic PS1 look, albeit with far more individual objects on screen than a PS1 could possibly render. The level shown is also more spacious and less dense than something you would see in classic THPS, but it has a similar arrangement of objects allowing for easy-to-find lines and combos.

Motördoom is still in development, but can be wishlisted on Steam. The developer’s previous game was Hobo Cat Adventures, a crass 3D platformer reminiscent of Conker’s Bad Fur Day.

One thought on “In This Tony Hawk-Style Roguelite Shooter, You Get Stronger By Doing Tricks And Killing Monsters”