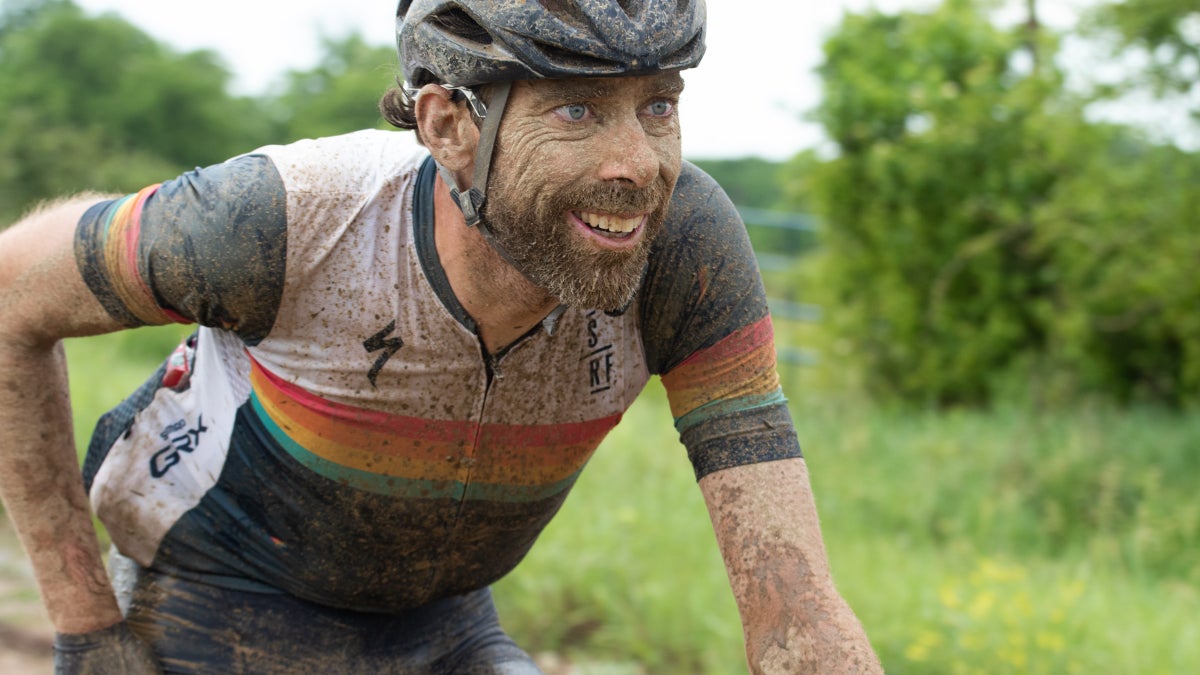 Laurens ten Dam battled back from a series of mechanicals to finish 13th in the elite men’s race at Big Sugar Gravel on Saturday, with the veteran later announcing that he would not return for the Life Time Grand Prix should it take place in 2023.

The Dutch rider has been a pioneer for European athletes venturing to the US in order to take on the growing sport of gravel racing, and has enjoyed some monumental success since hanging up his road wheels. Still competitive, and fourth at Unbound earlier this year, ten Dam has by his own admission struggled with some aspects of the mountain bike racing that has formed part of the Life Time series.

“The one race that suits me the best is Unbound and I got fourth and second from the Life Time riders. The level is going up and up and today was like a real gravel race,” ten Dam told VeloNews said after his finish in Arkansas.

“For me though, I’m sure that I’m not a mountain biker and at 41 I’ve tried to become one, but guys like Keegan Swenson and Russel Finsterwald are used to riding mountain bikes since they were kids. So for me, it’s better to stick to gravel. So I won’t do the Life Time Series next year.”

Ten Dam moves on with no level of unhappiness or resentment. As he’s interviewed outside his family’s RV his kids are playing baseball and waiting in anticipation for the Big Sugar afterparty. During this season alone ten Dam has made a series of Transatlantic adventures, and all but one has been shared with family or friends. He told VeloNews that those memories from each of his trips have left a lasting impression on him.

“I did five trips this year and four of them had friends and family, so it felt like a holiday,” he said.

“Those moments are times that I’ll cherish and ones I’ll always remember. The kids are playing baseball outside the RV right now, and that’s made it all a success. It’s not just down to results, it’s about seeing the kids this happy.”

In Saturday’s race ten Dam was put on the backfoot early on due to a number of mechanicals. He spent most of the 104.2-mile race chasing the front group and never saw the leaders after his early bad luck. He battled back and secured a respectable finish on the line to close out his Life Time Grand Prix experience.

“It was a rough course and I was thinking I could have used the full suspension bike but in the end it worked out, and I had no flats. It was a hard race and the results showed just how strong Russel was. I’ve seen how strong he is over the last weeks at Gravel Locos, where he won and I got second place. He’s on a winning run and I’m really happy for the guy,” he said of Finsterwald’s solo win.

“In the beginning it was a really hard start. It’s one of the shorter events, so people go for it in the beginning. I had some problems when it came to warming my diesel engine up, and I was suffering. I dropped my chain and my rear derailleur went into crash mode. That took me 30 seconds and I had to chase but I never got back on. I found a group of three or four people and we just rode to the finish. After two or three hours I looked at my power and I was doing around 330 watts and not everyone can sustain that. We started to pick up some riders and we almost came to 11th and 12th but we couldn’t catch them. To be honest I was pleased with my result because I was suffering all day long.”

Ten Dam will return to Europe shortly and take on a few more off-road beach races during the winter. There will be a short period for off-season hibernation before he dusts off the gravel bike for 2023 and a new set of adventures. We might not see ten Dam take part in the growing success of the Life Time Grand Prix next year but this isn’t the last we see from the gravel don of the Dutch mafia.