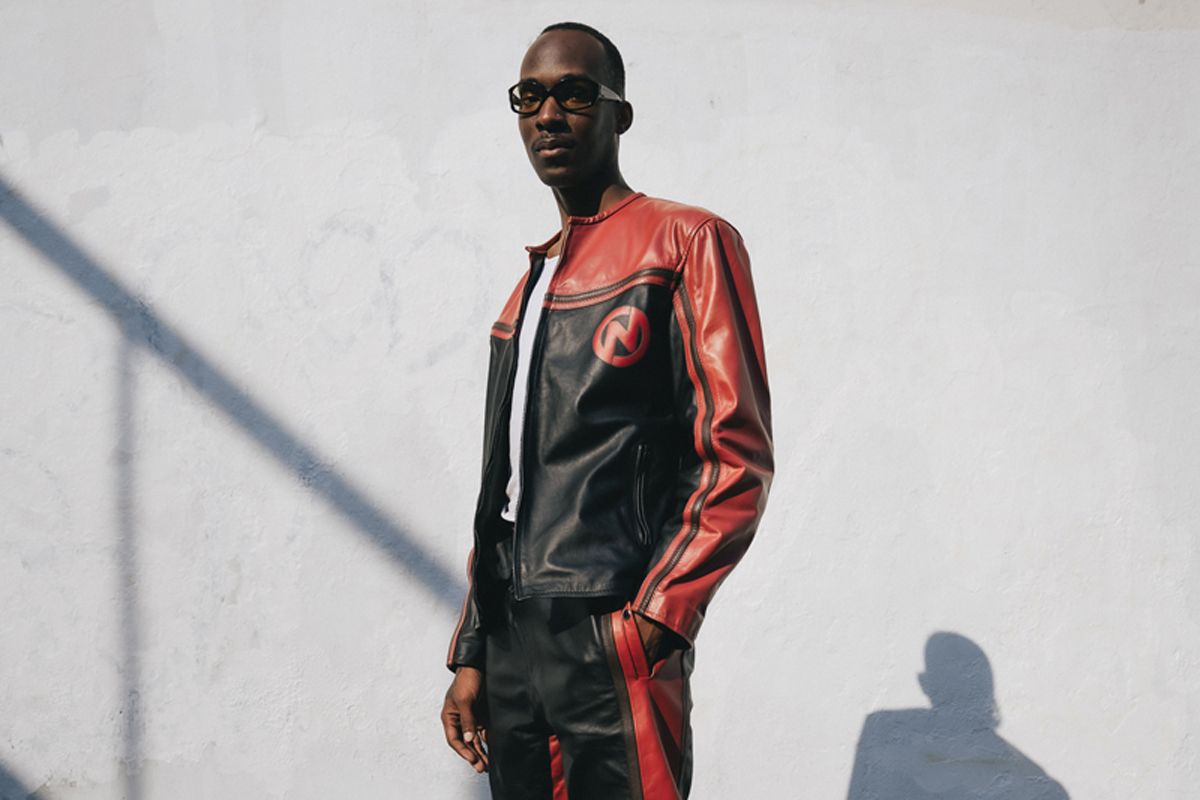 Leaves are on the ground. Pumpkin spice is back. The morning’s chilly breeze calls for layering up. Long story short, fall is here — and thus, so is leather weather.

Fashion label NYRVA follows the same motto, “style over season,” that is. During an afternoon chat with NYRVA founder David Minor, he defined his brand’s slogan: “you can wear whatever, whenever, no matter the weather.”

“If it’s raining and you want to go outside in a t-shirt and shorts in the rain, you can. If it’s a hundred degrees outside and you want to wear a leather top and leather pants, you can,” Minor added. “Wear what you want, have fun with it, and be comfortable.”

NYRVA is no stranger to dropping leather trousers year-round, much to its stylish community’s approval. Well-known regulars like Roddy Rich and Lil Baby certainly aren’t complaining.

Leather is an all-day-everyday and even head-to-toe kind of deal nowadays. For me, there’s nothing like busting out your leather garments during the first brisk day of autumn. Judging by NYRVA’s latest drop, the brand agrees.

The jacket plays on the aged concept, boasting a hint of old and new with NYRVA’s signature logo on the front and fresh branding on the back.

On the other hand, the pants feature a two-stripe design on the side along with zippered ankles, which allows for a bunched look — an expansion of the stacked concept, which essentially kickstarted the brand.

NYRVA’s stacked trousers became a hit amongst Instagram’s in-the-know fashion community during the early days of the pandemic. With texture playing a big role in Minor’s design language, NYRVA’s stack trousers naturally evolved into cow-print, metallic, and even leather iterations, beloved by the Migos, Burna Boy, the Clermont Twins, and quite a few NBA players.

Launched by Minor in Richmond, Virginia, NYRVA essentially brought the designer out of a low point in his life, when financial woes and homelessness made for depressive battles.

Minor took a different educational route when it came to fashion design. Instead, he attended YouTube University, where trial and error became his teacher, thus placing him as a self-taught designer. He still dabbles in new courses at his video-based alma mater when testing out a new concept.

“Knowing her name is behind it gave me a reason to grind every day, ” Minor states.

After conquering the pants department, NYRVA sets its sights on other apparel categories like tops and outerwear (he recently teased a cargo denim set, which shot straight to the top of my Christmas list).

“I don’t want people to think we’re just a pants brand. I want to be able to do more and be more diverse,” Minor says.

NYRVA’s Fall 2022 collection, which includes its tasteful moto ensembles, makes for the perfect sampler of what’s to come as the label expands its horizons. In the meantime, NYRVA undoubtedly hits the nail at effortlessly easing us into leather weather.