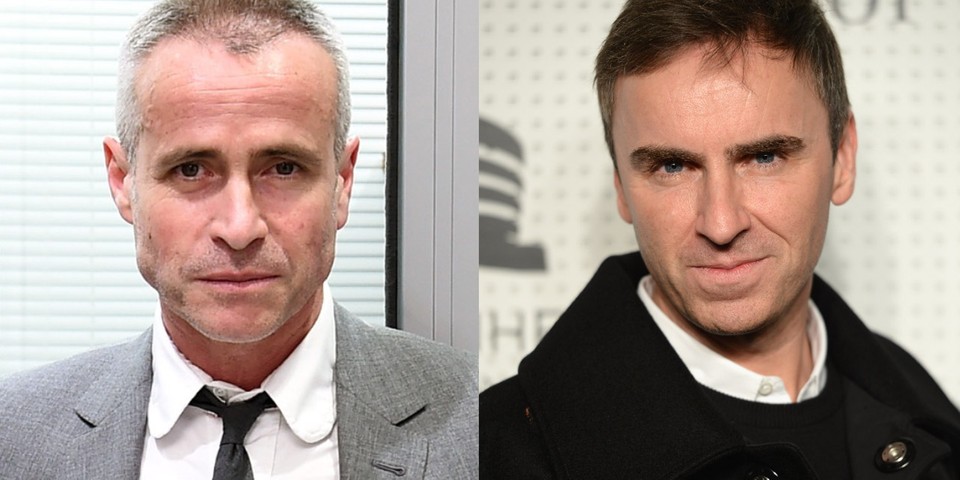 This week, fashion pulsed forward with a multitude of noteworthy headlines. For starters, Thom Browne was appointed as the next chairman of the CFDA, and Raf Simons made his debut in London with his SS23 collection. Elsewhere, the doors opened to Louis Vuitton‘s “200 Trunks, 200 Visionaries” New York City exhibition and Moncler‘s global The Extraordinary Expedition event alike. Moreover, many partnerships were made: Gucci and Palace announced a major Gucci Vault collaboration, and NIGO announced the second iteration of HUMAN MADE‘s team-up with Lil Uzi Vert.

Below, Hypebeast has rounded up the top fashion stories of the week so you can stay up to date on trends in the industry.

Thom Browne Was Named the Next Chairman of the CFDA

Thom Browne has officially been named the next chairman of the Council of Fashion Designers of America, succeeding Tom Ford, who served a three-year term at the helm of the organization. Entering a two-year term, Browne will be tasked with driving the trade association that counts over 470 designers as members and dedicates its efforts to propelling the growth of the American fashion industry, effective January 1.

Browne released the following statement regarding the appointment: “I am very excited about taking the chairmanship of the CFDA. I feel a huge responsibility in working with Steven and the CFDA team to carry on the positive and important work of Tom, Diane [von Furstenberg] and Stan [Herman]. I also feel that it is important to give back to an industry that supported me so well over the last 20 years. I am so proud to be an American designer…there is so much happening in American design today that the world needs to really see and recognize and truly appreciate.”

Raf Simons Made His London Debut

Raf Simons made his London debut this week, following a London Fashion Week SS23 postponement after The Queen’s passing.

Inside London’s Printworks, the Belgian designer revealed his Spring/Summer 2023 collection and kicked off a grand Frieze after-party. Almost 1,000 guests took their seats inside the transformed newspaper printing factory-turned-nightclub; and given the setting, the collection was ready for rave.

The collection places an emphasis on “where fashion comes alive,” across a multitude of dual-branded clothing designs and accessories. The logo, which appears across the range, fuses Gucci’s Double-G and Palace’s Tri-Ferg motifs. Aside from clothing, the line also includes a MOTO GUZZI V7 motorbike and a dual-branded Palace Gucci safe. Notably, the collaboration marks Palace’s debut women’s ready-to-wear designs.

The Palace x Gucci collection will be available exclusively through Gucci Vault, the brand’s concept store that launched in September of last year. The Gucci Vault will also be rendered in physical form through pop-up stores in Paris, Milan, Tokyo, Osaka, and Bangkok, as well as takeovers of Palace stores in London, New York, Los Angeles and Tokyo.

First seen in Asnières at the Louis Vuitton Family House, then in Singapore and Los Angeles, Louis Vuitton‘s traveling “200 Trunks, 200 Visionaries” exhibition has landed at its fourth and final destination: the landmark Barneys New York Building.

Inside, the showcase includes 200 extraordinary transformations of Louis Vuitton’s emblematic trunk, from talent and friends of the House across virtually all cultural domains. Standouts include Supreme, Gloria Steinem, BTS,
Pat McGrath, Nigo and Fornasetti, though there are myriad designs to peruse across four floors. Notably, in the basement, there’s a “Residency,” where Louis Vuitton’s in-house teams have been relocated to conceptualize and construct the exhibition’s window displays.

“This project has always been about creativity — a real tribute to Louis’s ingenuity and entrepreneurial spirit. We get to see how such a cross-section of talents answered the same brief while also taking a moment to appreciate the man himself,” said Faye McLeod, Louis Vuitton’s Visual Image Director, in a statement. “The ‘Residency’ concept, newly developed for this final stop, is also a real gift of creativity — bringing the artistic expression at the heart of this project to the city of New York.”

Louis Vuitton’s “200 Trunks, 200 Visionaries” exhibition will be open at the Barneys New York Building from October 14 through December 31.

Following the debut of its monumental “Extraordinary Forever” campaign and history-charting fashion film, Moncler continued its 70th-anniversary celebration with its The Extraordinary Expedition event this week.

After weeks of jarring news headlines and immense backlash, JPMorgan Chase has ended its banking relationship with YEEZY. Through an official letter sent to Ye and his associates, the investment banking company said that it had decided to end its relationship with YEEZY, LLC and its affiliates due to a recent conversation with a redacted entity.

JPMorgan Chase confirmed that it will allow sufficient time for the company to transition to a new financial services holding company and will maintain all accounts until November 21.

Nigo took to Instagram earlier this week to announce that Lil Uzi Vert and HUMAN MADE have joined forces once again on a new collaboration. The social media post included a flyer with illustrations of garments included in the range, alongside their release date of October 15.

The Lil Uzi Vert x HUMAN MADE “UZI MADE COLLECTION” will become available to shop on HUMAN MADE’s website on October 15.

In another collaboration, Drake and OVO have tapped the University of Toronto for a second co-branded capsule collection — this time, with the help of Lil Yachty.

The second OVO x University of Toronto collection is now available in-store and online at OVO.