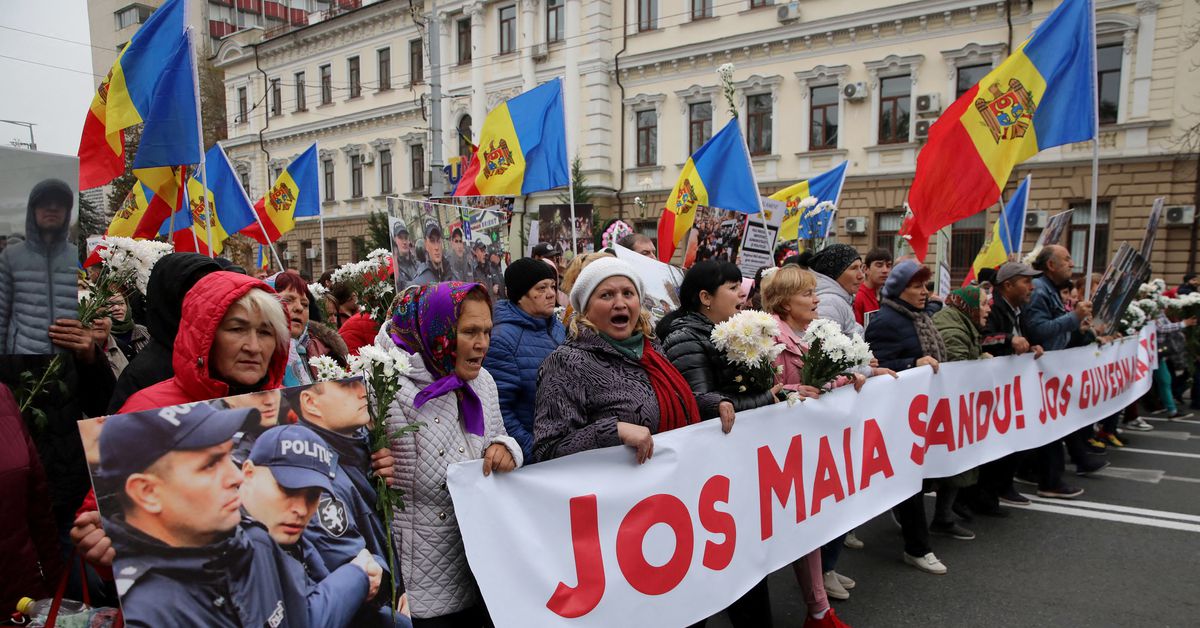 KYIV, Dec 13 (Reuters) – Moldova’s new economy minister says he is mapping out long-term reforms and will slash bureaucracy to lay the foundations of a business-friendly economy and accelerate accession to the European Union.

He told Reuters his priorities would include deregulation of the economy and overhauling the “cumbersome” tax system that has deterred investors, allowed corruption to thrive and starved the budget of revenue.

“There is no other solution besides foreign aid (for Moldova) for the immediate term, but that doesn’t mean that we intend to just keep waiting for the grants to come,” Alaiba said in a telephone interview late on Monday.

Vowing to “go big” on cutting bureaucracy, he said it would be crucial to stimulate an economy where small and medium-sized businesses had a “microscopic” share and some 40% of economic activity was informal.

“Because of so many barriers to entry, our economy is monopolised, which makes it even more vulnerable,” he said. “And the consumers are paying the final price.”

EU leaders accepted Moldova as a membership candidate this year in a diplomatic triumph for President Maia Sandu, who was elected in 2020 on a pro-European and anti-corruption platform.

But Moldova is heavily reliant on Russian gas, annual inflation is over 31% and the government expects a budget deficit of 3% of gross domestic product this year which it sees doubling in 2023.

The country of 2.5 million has also suffered power cuts following Russian air attacks on energy infrastructure in neighbouring Ukraine, and protests have erupted over rising prices, particularly for gas bought from Russia.

But Alaiba also acknowledged that the government and the economy faced unpredictability caused by the war in Ukraine.

“The main problem is the uncertainty,” he said.