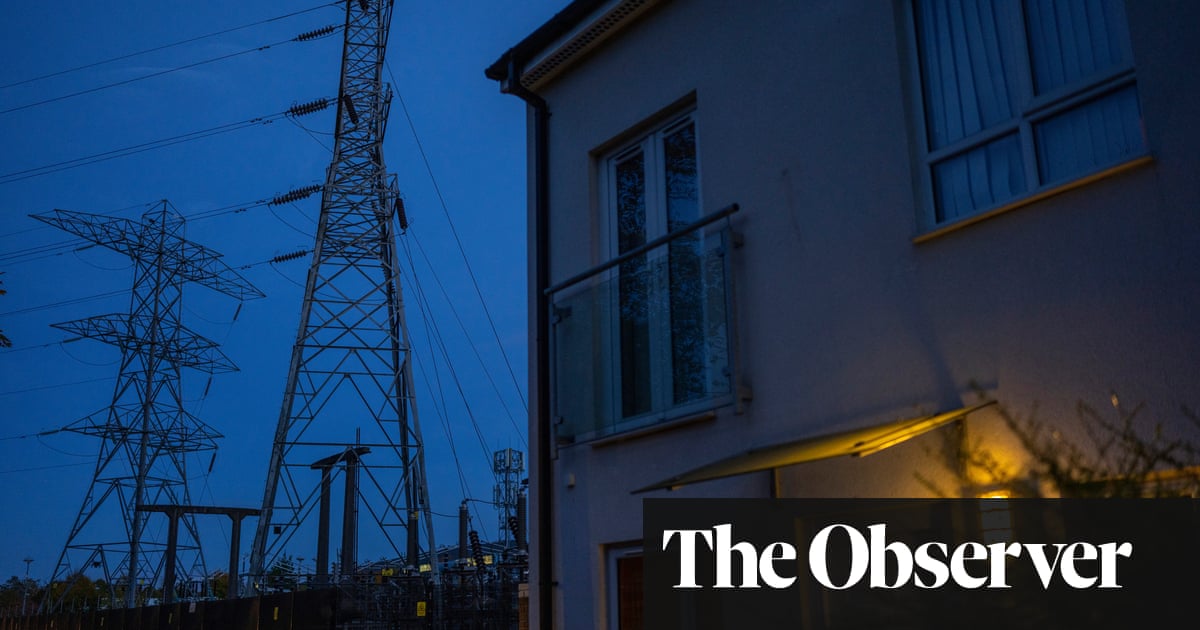 The number of UK households in arrears on their energy bills soared to record levels in the second quarter of this year, with more than two million behind on their electricity payments.

Data from the energy regulator Ofgem shows that at the end of June, 2,347,511 households were behind on their electricity bills and 1,858,585 on their gas bills. Both totals rose by about a quarter in just three months, and by almost two-thirds since the end of 2020.

The news comes days after Jeremy Hunt, the chancellor, announced that the cap on energy unit costs would last only six months instead of the planned two years. Hunt said a targeted scheme would replace it from April, but provided few details.

Peter Smith, director of policy and advocacy at National Energy Action, said: “With over two million households already in arrears with their energy bills, it is deeply worrying but not unsurprising. Bills have almost doubled in a year, and we haven’t yet seen the full impact of the latest price increase.

“We’re also now approaching winter and as temperatures drop many people are afraid to turn the heating on or even keep the lights on. It’s going to be a bleak and cold winter for the most vulnerable and unless the new prime minister acts urgently we would expect the number of households in arrears to increase yet again next year.”

Morgan Wild, head of policy at Citizens Advice, said: “Our advisers have seen people resorting to unplugging fridges and freezers, washing clothes by hand and skipping meals to cut back on their energy costs because they simply can’t afford to keep the lights on.”

Last month Citizens Advice saw a record number of people who could not afford to top up their prepayment meter – the eighth time this record has been broken in the last nine months.

“Even with the temporary bill freeze in place, the cost of energy will still be at a record high,” said Wild. “This crisis isn’t going away. By the end of September, we’d already helped more people with energy issues than we did for the whole of last year with an unprecedented amount who just can’t afford to top up their prepayment meter. The government must think carefully before it acts so we don’t see even higher numbers at crisis point in April.”

Citizens Advice has also seen a sharp rise in people being forced on to prepayment meters, which are more expensive and can easily run out of money.

A spokesperson for the Department for Business, Energy and Industrial Strategy said: “The government’s energy price guarantee will save the typical household about £700 this winter, based on what energy prices would have been under the current price cap – reducing bills by roughly a third. This comes in addition to £1,200 direct payments to vulnerable households. Anyone struggling to pay their energy bills should contact their supplier as soon as possible to work out an affordable payment plan, which suppliers must agree to do under Ofgem rules.”