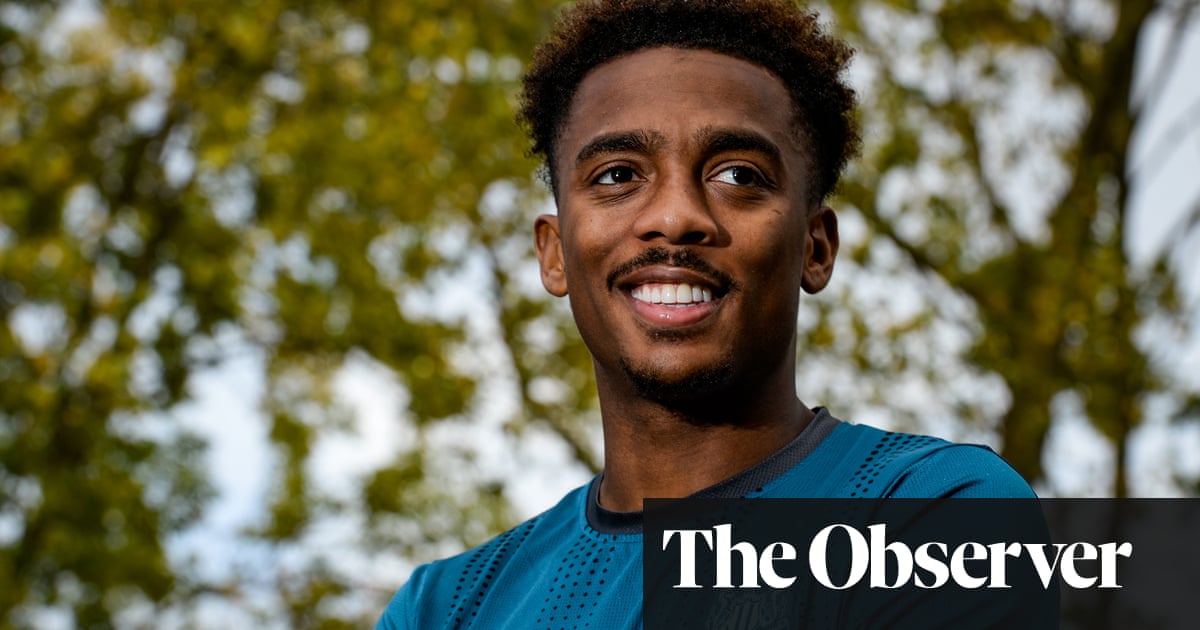 Joe Willock relishes spending free hours walking his dog along Northumberland’s seemingly endless miles of sandy beaches but, sometimes, the Newcastle midfielder’s mind transports him to a very different world. The Caribbean island of Montserrat lies more than 4,000 miles from England’s North Sea coast and a big part of Willock’s future is tied up in its volcanic landscape.

“My family have a lot of land out there and I want to build something in Montserrat to give opportunities to kids who don’t have the chance to come to Europe and play football,” said the 23-year-old. “It’s something very important to me; my family and I are already working on the plans.”

When, in 1995, the British overseas territory was devastated by a catastrophic eruption of the Soufrière Hills volcano that destroyed its capital, Plymouth, huge swathes of the population fled. Most headed to the UK where Willock’s parents established a new life in London, settling in Walthamstow and building a successful clothing business, centred on a successful fashion store in Crouch End.

As Willock sits chatting on a smart black sofa at Newcastle’s suburban training ground, his left leg curled beneath him, he readily acknowledges he almost certainly would not be a key element of Eddie Howe’s high-flying team today had Charles and Sarah Willock not sacrificed that business in order to nurture their three sons’ footballing dreams.

With the eldest, Matty, joining Manchester United’s academy and Chris and Joe enrolling in Arsenal’s equivalent, their parents sold the shop and took jobs affording them sufficient free time to ferry the boys to training and matches. While Sarah became a cleaner, Charles joined Tesco; both became unenviably familiar with working night shifts.

“I can’t ever thank them enough,” says Willock who remains close to Chris, now a QPR winger and Matty, a Montserrat midfielder. “What they did was amazing. They were doing really well in the fashion industry, manufacturing and selling clothes and, to give that up for us, was incredible. They’ve sacrificed so much. Sometimes when I’ve felt down or not been at my best I’ve thought back to that moment where they gave up the shop and it’s helped push me on to the next level.”

His parents’ example has also intensified Willock’s belief that it is imperative for leading footballers to “give something back”. This conviction explains why, much as he is desperate to help Newcastle win at Manchester United on Sunday, he looks forward to shaking hands with United’s Marcus Rashford at the final whistle.

“What Marcus Rashford’s done is amazing,” he says, referring to the England forward’s food poverty action campaign and forcing of the government into that famous U-turn over free school meals. “He’s taught us all about the importance of giving something back. I’d love to do something like that.”

A practising Christian, Willock thinks English football’s elite academy curriculum should educate young footballers about social problems and encourage the game’s protégés to contribute to society and charities. “The importance of giving something back should be a bigger part of academy education sessions,” he says. “I think more could be done to teach young footballers about it.”

Judging by his stellar form, Willock seems to have devoted this season to repaying Howe for the manager’s unstinting support during some tricky times earlier in the year when his initial difficulty in settling in the north-east resulted in acute homesickness and diminished on-field dynamism.

“I love being a Newcastle player and the people here are brilliant but it was difficult last season,” admits the technically assured and impressively athletic midfielder, signed for £25m by Steve Bruce in August 2021. “I’m very settled now but it was a big change. Walthamstow’s very busy and I was suddenly living on my own in a quiet place quite a way outside Newcastle. It was very hard; I struggled quite badly with being on my own a lot.”

Accordingly one of Howe’s priorities after succeeding Bruce last November was to help restore Willock to the person and player who, almost single handedly, saved the team from relegation in the spring of 2021. In scoring eight goals in 14 appearances during an extraordinarily successful loan from Arsenal he established himself as a Tyneside cult hero, but that subsequent solo move to rural Northumberland proved far too isolating and the time for candour had come.

“There’ve been a few things that have happened in my life since Eddie Howe came here but I’ve been able to confide in the gaffer and he’s helped me so much,” says Willock. “I’d never previously felt comfortable about confiding in a manager but it makes such a difference when you can talk on a personal level.

“Football-wise there’ve some things I’ve taken a bit of time to take on board but the gaffer’s been very patient. He’s someone I trust a lot; I never really had that before until I met him. He makes the game really simple and clear. It’s so good to really understand what you have to do on the pitch. I’m also the fittest I’ve been and it’s the same for a lot of the other players.”

Howe’s input apart, Willock’s adjustment to his new habitat has been accelerated by his parents’ decision to relocate, temporarily, to Northumberland and his acquisition of Teddy, a much adored cockapoo. “At the start of this season Mum and Dad decided to move in with me and I’m very grateful,” he says.

“I’ve also invested in getting a little dog, Teddy, as in Teddy Bear and we go to the beach a lot. Teddy’s had a lot of attention, so he’s very clingy but he’s a lovely dog. He’s my best friend.”

Fortunately the stream of vile, anonymous, “disgusting and hurtful” messages Willock received on social media last season has abated. “There’s still odd ones but different platforms are doing a lot to try and keep racism out now,” he says. “It needs to be eradicated.”

With last season’s anti-Covid, inadvertently anti-social, Premier League rules mercifully a thing of the past too, Howe’s quietly spoken, unfailingly polite, former England Under-21 international now enjoys socialising with teammates, most notably Jamaal Lascelles, Jamal Lewis and Allan Saint-Maximin. “They’re my closest friends but, as a team we all get on,” he says.

“Bonding’s a big thing the manager’s introduced. It’s very important to get to know teammates properly so, when we’ve been on trips to places like Austria, Dubai and Saudi Arabia, he’s put lots of activities, things like go-karting, on for us.”

January’s jaunt to Jeddah proved “a big turning point” in Newcastle’s renaissance but the Gulf Kingdom’s grisly human rights record means disquiet about the club’s majority Saudi Arabian ownership endures. “As players we’re just employees,” says Willock. “The politics aren’t my area but Eddie Howe’s a brilliant manager and a brilliant person and hopefully we’re now taking the football to the next level.

“The owners are putting big investment into this club in the right way and I’m just happy to be a small part of what has to come in the future. I feel there’s no limit on how far Newcastle United can go now.”