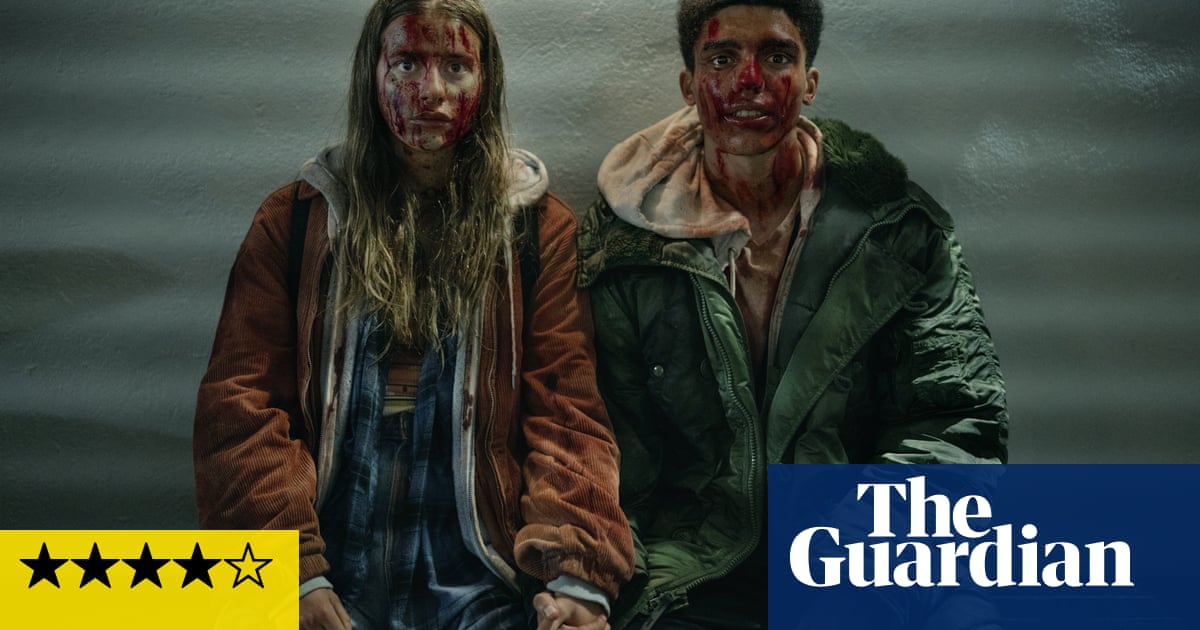 What a title! In the gap between hearing about The Bastard Son & The Devil Himself (Netflix) and watching it, that phrase rolls round the brain like a boulder. An eight-parter created by Joe Barton, who previously wrote Giri/Haji and The Lazarus Project and is therefore as hot right now as TV writers get, The Bastard Son & The Devil Himself (the bastard son! and the devil himself!) is about a teenager at the centre of a war within the European witch community, and is based on a trilogy of slight but popular young adult novels. Too many TV series have similar origins, but if the writer’s identity whispers that this is a different beast, the title shouts it.

The bastard is Nathan (Jay Lycurgo), who is 16 and has, since he was a toddler, been the object of fierce curiosity: “fairborn” witches suspect he is a dangerous “blood” witch like his absent biological father Marcus, who once arrived at peace talks between the fairborns and the bloods, turned into a wolf and killed all the delegates on the fairborn side. When the fairborn leader Soul (Paul Ready, AKA Mr Goodsir from The Terror) arrives in town it means trouble, but it also means his daughter Annalise (Nadia Parkes) is the new girl at Nathan’s school. Nathan and Annalise, lovers not so much star-cross’d as gore-spattered, hit it off.

As an outbreak of slaughters suggests Marcus is on manoeuvres and the violent tension between bloods and fairborns intensifies, the show’s range of magical gubbins is pleasingly eclectic. Dusty vapours are inhaled, beguiling powders are blown insouciantly off upturned palms, and spells are cast with a pinprick and an incantation. These ancient, sacred wonders combine with the timeless and profane art of hand-to-hand combat, sometimes developing into the unglamorous sight of a mass stomping of a man on the ground.

The Bastard Son can be artful or brutish, and makes indelible marks on the memory when the imagination of Barton and the source material is matched by the flying crimson of the impressive special effects. An early stunner is a vision of a past killing, where we cannot see the victims being torn apart, but we do see objects in their kitchen scattering and we do see their blood spurting across the cabinets. The series’ signature visual motif is a classic: a human body bulging, then tearing, then being separated into hovering layers of clothes, skin, viscera, veins and bones before crashing wetly to the ground. If part of the remit of shows like this is to make horrifying deaths confusingly beautiful, The Bastard Son keeps painting fine canvases.

With Barton as the series creator and main writer, meanwhile, the series can be trusted to succeed with a flourish at the mundane business of narrative structure, without over-mining its own mythology and burying us under a slag heap of exposition. A potentially confusing first episode is neatly handled, with a yes-we-will-proceed-to-episode-two-thank-you twist perfectly placed near the end. Then once Nathan’s journey has been given room to gain momentum, the timeline spools back just as the story’s threatening to become too linear. As the midway point approaches, a switch of location to Paris and the introduction of Emelien Vekemans as louche French fixer Gabriel widens the vista, again at the right moment.

What’s it all about, though? Fantasy series feed on subtext, but The Bastard Son can be light on it. For much of the time the fairborns’ hounding of the bloods is a prosaic reaction to an atrocity – honestly, you commit one lycanthropic massacre, and it’s all anyone ever talks about – rather than deep lore about a faction whose consuming hatred carries allegorical weight. This might, however, be because Barton didn’t fancy the blunt symbolism of the original book, where instead of the fairborns and bloods there are the jealous, abusive Whites and the hated, hunted Blacks.

In Barton’s version – he makes numerous other changes, melding elements of the three Sally Green books into a single, more streamlined story – the strongest themes are parenting and childhood, as traumas from youth define adults whose search for their own identity means escaping the influence of a bad parental figure, or learning to live without the guidance of a good one.

While the characters move inexorably towards their meeting with the fabled Marcus – the prophecy “his own blood will kill the wolf” like a tolling bell growing ever less distant – the beating heart of The Bastard Son, aside from all the actual beating hearts that get ripped out of their owners’ bodies, is Nathan and Annalise’s love story. The chemistry between Lycurgo and Parkes is immediate, her mix of playful forthrightness and fearful vulnerability coiling tightly around his combination of wild rage and growing inner strength. They give The Bastard Son & The Devil Himself a sweet humanity but, when its claws are out, its wickedness delivers on the promise of its name.