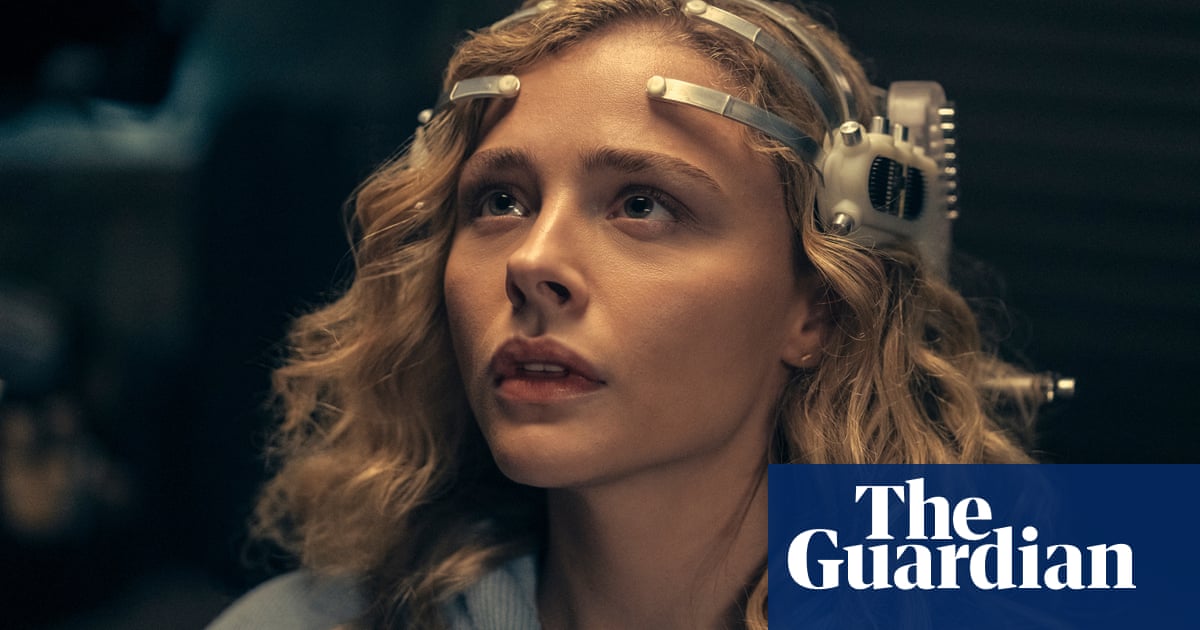 The Peripheral to Chapelwaite: the seven best shows to stream this week

Pick of the week

A starry and stylish adaptation of William Gibson’s novel, this sci-fi series posits a near future in which virtual evolution has outpaced societal development. In a Blue Ridge Mountains town, Flynne Fisher (Chloë Grace Moretz) and her military veteran brother Burton (Jack Reynor) earn enough money to look after their sick mother by playing incredibly realistic video games. But when they’re asked to beta-test a new simulation, set in a bleak, decimated future London, things get completely out of hand. The show’s themes of disembodiment and the disinhibition inherent in virtuality are timely and the multiple dystopias at the story’s heart are beautifully realised. Prime Video, from Friday 21 October

Based on Stephen King’s short story Jerusalem’s Lot, this 10-part horror stars Adrien Brody as Captain Charles Boone, a widower with a chequered family history who relocates with his three children to his ancient ancestral home of Chapelwaite in the small, apparently sleepy but slightly sinister town of Preacher’s Corners, Maine. The house is custom-built for jump-scares and creepy creaking, and there’s unfinished business here that the increasingly agonised Boone must confront. The drama unfolds at what is most kindly described as a stately pace. The scares, though, are worth waiting for. Paramount+, from Wednesday 19 October

“Choose your words carefully, Mr Odom, because Georgia is a death penalty state.” As we return to High Water, the Atlanta dance school that specialises in polishing the roughest of diamonds, founder Sage Odom (Ne-Yo) is in trouble. He’s being pressed by a prosecutor to explain his part in the death of Ernest Octavio and enemies are gathering. Meanwhile, his business and life partner Collette Jones (Christina Milian, replacing the tragically departed Naya Rivera) tries to keep the show on the road, while dealing with a series of increasingly volatile artists. Lionsgate+, from Sunday 16 October

If something seems too good to be true, it probably is. So it proves with the fast-fashion brand Shein which, on the basis of Iman Amrani’s fascinating if relentlessly depressing documentary, is a wildly successful menace on almost every level. Amrani hears from the brand addicts who love its cheap and cheerful garments and the influencers who hawk the products online. She also gets the goods on the company’s terrifyingly addictive, almost coercive website, and the brutal conditions in which the clothes are made. Capitalism at its rock-bottom worst. All 4, from Monday 17 October

A second series of this cheerful bilingual (Spanish and English) drama following the adventures of Maximo (Enrique Arrizon), a cabana boy at a swanky Acapulco resort. It’s not quite a rags-to-riches story – Maximo’s life was never that terrible in the first place – and neither is it a White Lotus-style satire on the awfulness of the super-rich. Instead, expect good-natured scrapes and unambiguous moral lessons, carried along by an engaging cast. This season, Maximo falls in love – but there’s bad news for his family that could change everything. Apple TV+, from Friday 21 October

An unapologetically escapist, broad-brush and button-pushing love story starring Zoe Saldana as Amy Wheeler, an American student in rural Italy who is swept off her feet by art, the bucolic beauty of the countryside and, most of all, by Lino (Eugenio Mastrandrea), a talented and unfeasibly handsome chef. The pair look set for a life of romantic bliss, but before long an unforeseeable health crisis leaves Lino stricken. Will Amy’s extended family step up to the plate? You bet. What emerges is an uplifting, if often syrupy drama of love, sacrifice and resilience.Netflix, from Friday 21 October

“Once we go in here, we’re never going to be the same.” We’re back in the always entertaining world of the TV paranormal investigator. This time, it’s a marathon of screeching, cowering and night-vision cameras as three teams of so-called researchers attempt to spend 28 days in an apparently haunted location (a big old house, inevitably). The key to the show’s success is the seriousness with which this absurd enterprise is undertaken – the participants are all clearly massively invested in the idea of the paranormal, which adds to the fun. Netflix, from Friday 21 October