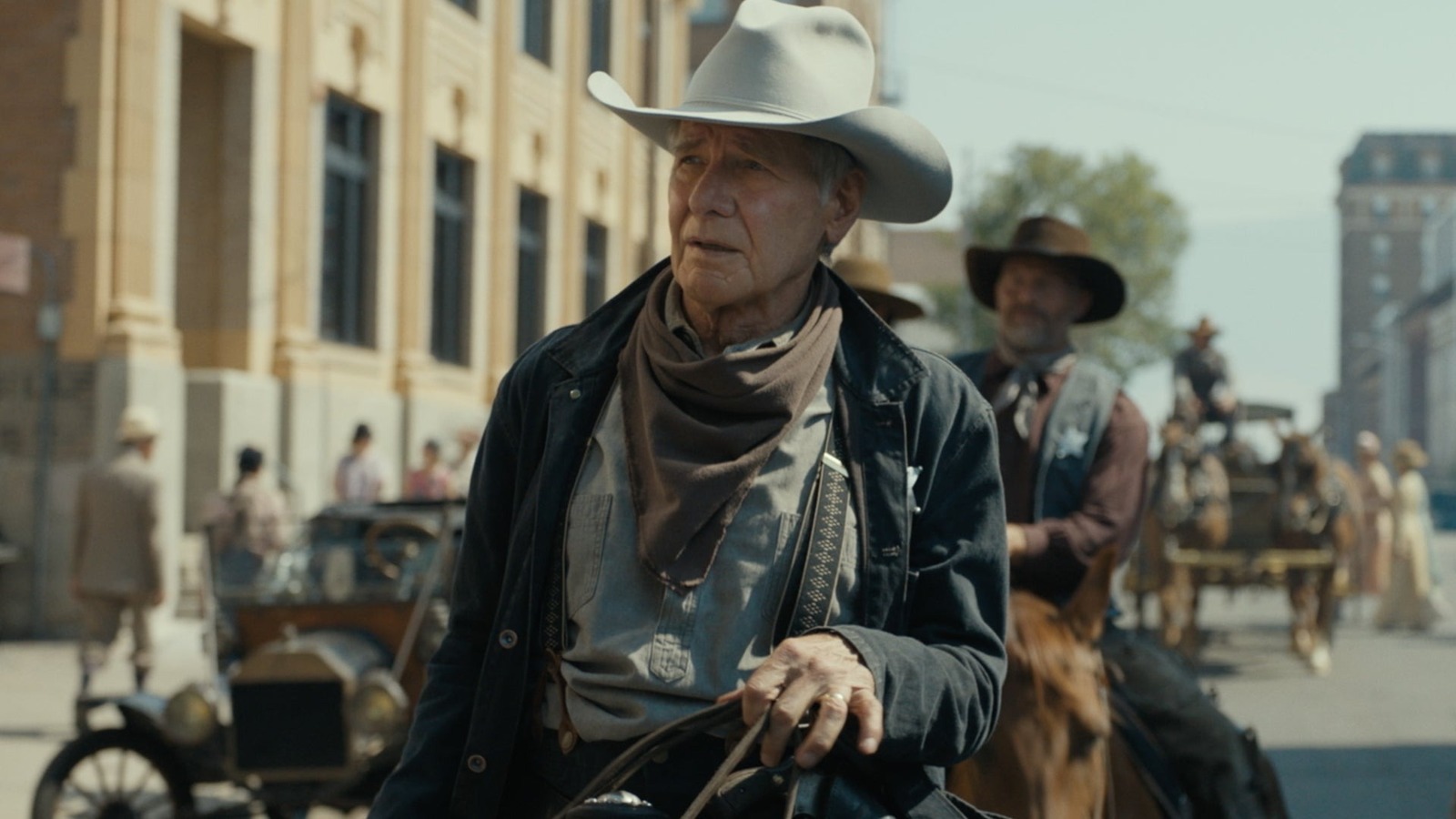 The life of farmers and ranchers has never been easy. When Willie Nelson, Neil Young, and John Mellencamp organized the first Farm Aid concert to help struggling farm families in 1985, the total debt of farmers had experienced its peak of $440 billion just a few years earlier. Today, even before COVID-19 ravaged the meat industry and the country’s entire food infrastructure, the total debt had already hit a staggering $425 billion. When the pandemic came knocking, government payments such as trade bailouts and federal relief programs accounted for 36% of net farm income, the eighth highest percentage share since The Great Depression.

In “Yellowstone,” the fight to keep control of the Dutton family ranch is still raging, long after the ancestors of John Dutton (Kevin Costner) first laid claim to the Yellowstone Ranch in Montana. That story was told in the prequel series, “1883.” Catching up on the family saga 40 years later, “1923” stars Harrison Ford as Jacob Dutton, a Montana Land Commissioner with struggles of his own. During the 1920s and ’30s, banks were growing weary of extending credit to farmers and ranchers, and foreclosures were at an all-time high (via The Journal of Economic History).

To make matters worse, in the first episode of “1923,” sheep and cattle are struggling to find enough grass to feed on, forcing Jacob to organize a massive cattle drive to higher altitudes where more grazing is possible. The situation already feels fairly dire, even with the challenges of Prohibition and The Great Depression looming large on the horizon.

Ford has previously sported a cowboy hat in “American Graffiti,” played a bank robber in the comedy western “The Frisco Kid,” and a cattle man in “Cowboys & Aliens.” But “1923” is the first time he’s played a real cowboy. Just don’t call him one.