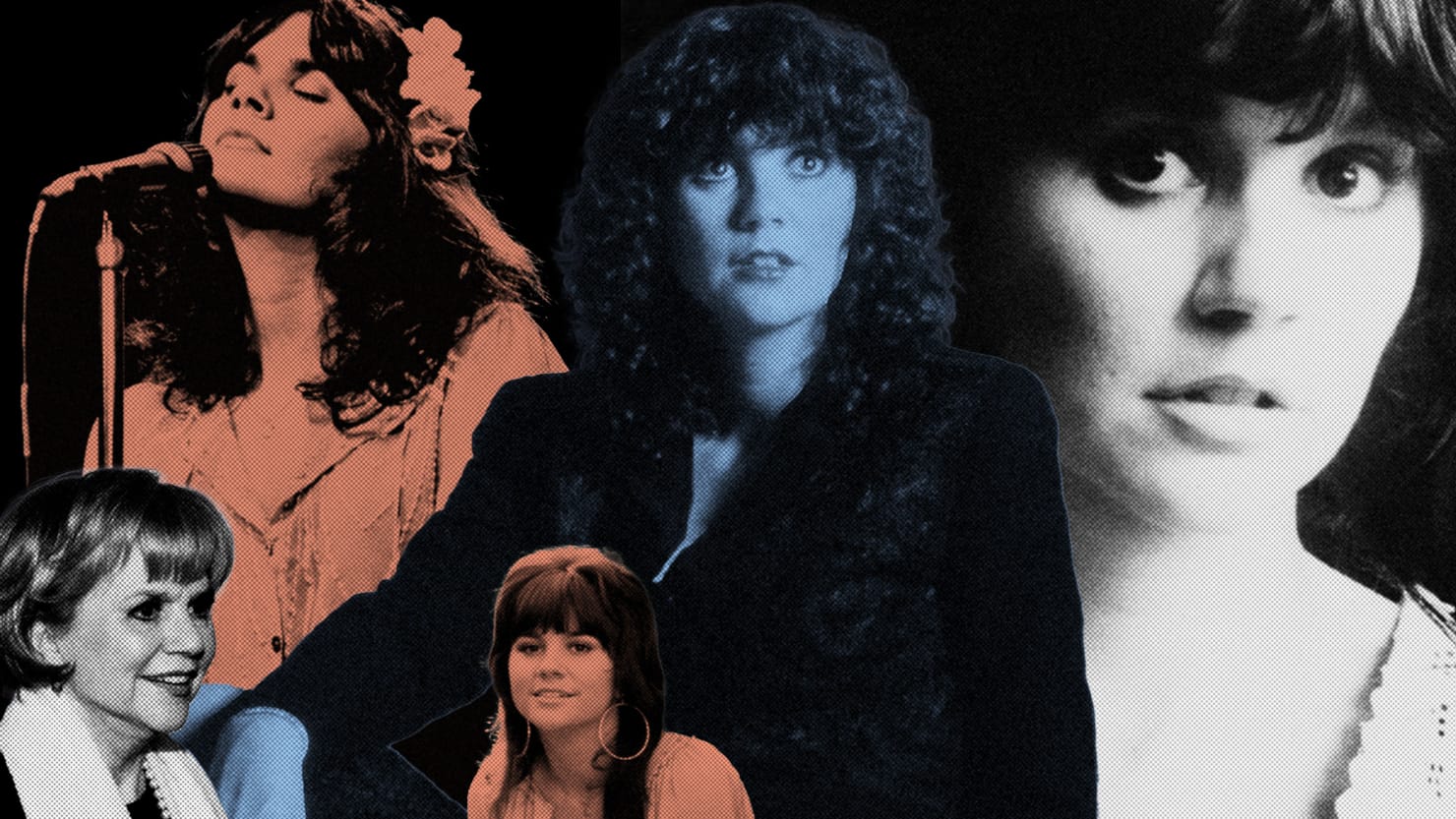 ‘First Lady of Rock’ Linda Ronstadt on Sexism, Muppets, and the Mexican Border

“They all know me from The Muppet Show,” Linda Ronstadt cracks when I mention the twentysomethings in my house who represent just the latest generation of fans to discover the music she made that soundtracked so much of the 1970s and ’80s.

Of course, Linda Ronstadt was a global superstar during the Golden Age of rock and roll—notably the first woman to headline arena tours, earning her the nickname “First Lady of Rock”—who went on to make a series of massive-selling Trio albums with Dolly Parton and Emmylou Harris, before she took a decided left turn and recorded three American Songbook albums with the big band leader Nelson Riddle, and then embraced her Mexican heritage in a very big way, recording a series of Mariachi-inspired Spanish language albums, at a time when her record label thought the move was career suicide.

Those albums, however, went on to sell millions and earn the icon multiple Grammys. It’s something, as Ronstadt recounts in her memoir, Simple Dreams, from 2013, that she’s enormously proud of. They also paved the way for her new book, Feels Like Home: A Song for the Sonoran Borderlands, out now. Chock-full of the Mexican ranch recipes Ronstadt learned at home, it also recalls a time before walls and politics had driven a wedge between a culture she remembers as “fluid,” when the Southwest was communal rather than rife with cultural conflict.

The book and its recipes—it filled in a lot of the blanks of your memoir—but it’s a little more political, too. The time you’re writing about in the book, as you say, was when the border was very porous. You went back and forth. Everyone went back and forth. The culture was fluid, the food was fluid. Obviously, things have changed dramatically. Tell me a little bit about that time and the differences with today.

Well, the fence is just an insult in the landscape. It’s totally unnecessary. Most people that come in illegally come in with visas and overstay them. And also, they can dig around the fence; they can climb over it; they can cut a hole in it. It just makes it harder to do. And the workers pump the wells dry in order to make concrete. That’s bad for the water table, bad for the farmers, and horrible for animals and plants. And Trump did that. “The crisis at the border!” There is no crisis and no emergency. When I last visited there, it was quiet as can be. People were shopping, people were taking their kids to school, skateboarding and whatever. It was just perfectly normal.

And historically, that cross-pollination of cultures, which you write about repeatedly in the book, and the recipes, aren’t necessarily “Mexican.”

Well, I’m writing about Mexican ranch cooking. Because there’s lots of different kinds of cuisines in that region. In Mexico, you walk three blocks, you change culture. You’ve got different clothes, different food. It’s really varied, if you take the time to travel around and pay attention. There’re so many different languages spoken in Mexico, too. It’s just really diverse.

I think that’s something people in the Southwest understand, but right off the bat in the book it feels like you’re educating people about not just your history, but the history of the culture and the last 150 years, which was obviously really important to you.

Yeah. I don’t think people humanize Mexicans fully. But the cowboy outfit, that came from Mexico. The Western saddle style came from Mexico. We sing songs and eat food that comes from Mexico. And yet some people don’t want to give them fully human qualities, because I guess they think they’re not deserving. They’d rather they be invisible. On the other hand, we took their land in the Mexican War. And it was a huge chunk of land. It went all the way up to Wyoming. And maybe they haven’t forgotten that, but they still speak to us for some reason.

When you first started recording your Spanish language albums, which were huge successes, it seemed that there was a moment when the cultures, particularly in the Southwest, seemed to merge a little bit. But things have changed so dramatically. I was just in Texas a month or two ago, and 90 percent of the food—which they call Tex-Mex—is really a version of Mexican food. All the people in their MAGA hats were eating Mexican food.

Could you talk a little bit about the disconnect that has happened in your lifetime. Even though the food is the commonality, we’re a long way from that porous border.

I loved the letters included in the book. You have your great grandmother’s letters, your aunt’s letters, and your letter to the pope. You haven’t lost your political edge, but those letters also humanize Mexicans and Mexican Americans. I can’t help but wonder if there wasn’t a little bit of political gamesmanship going on there?

Oh, I’ve always had strong politics. [Laughs] But I don’t like to put it in a confrontational way. I like to put it in an informative way. Because they’re really nice folks and they have great skills and great insights. It’s a really moral society, that’s really cooperative. I mean, you can’t steal from a neighbor, because they won’t help you fix your fence next week! You know, I was talking to my mother, and I asked, “When did all the crime start to happen?” Because, when I was growing up, there was no crime in the village. You could walk around at four in the morning and be totally safe. And she said, “When they became wageworkers rather than cooperative farmers and ranchers.” Just think about that. You know, American ranchers will build a solitary house in the middle of a huge cattle ranch, on thousands of acres. Mexicans build their house in the village, and then share the grazing land. And that sort of community makes for good moral behavior. So, they come over here and they’re shocked at how lawless we are.

American culture is obviously capitalism writ large. It was never about a cooperative thing. It was always about land ownership—and people ownership for a time—and so it seems strange that such close neighbors don’t share those morals. Especially because the western part of the United States was very much cut off from the eastern part of the United States until about 150 years ago.

It was very much “the West” as opposed to the United States. So, in doing your research, and learning about the history of your ancestors and your family in that part of Mexico, did you learn much about the growth of American culture over the years, and was there ever a time when that more cooperative nature bled over into Arizona and New Mexico and Texas?

Well, it bleeds over in the ranches some. American ranchers will think he’s a rugged individualist who has no need for the government, even though he’s riding on federal government highways, shipping his cattle on federally financed railroads, and he’s getting subsidies for his land. But he’s unwilling to admit that. In Mexico, they have to scrape along with no regard to their government, so they help each other. In Mexico, you have to know a guy who knows a guy. That’s the only way to get things done.

That’s a theme that comes up a lot in your memoir, and also in this book. I’ve known a lot of solo artists, and it’s a different breed. But in reality, you never really were that. You always wanted to be a part of a group. You were always cooperative.

Well, I grew up singing in harmonies with my family. You know, they say blood on blood sounds good. We had shared genes and that made our voices blend better. And we had an ideal range that worked out perfectly for harmonies. So, I guess that’s what I was looking for when I went to California.

But whether it’s Dolly and Emmylou, or the Eagles or Joe Papp or Jerry Wexler, it seems to me you were always looking for good collaborators. You weren’t one of those people who was “it’s my way or the highway.” So, given what we just discussed, maybe that nature was just sort of there in your DNA.

Well, I was self-indulgent. I really wanted to do what I really wanted to do. Like, the Nelson Riddle songs I recorded, they’re self-indulgent. They’re so fun to sing, and they’re so much higher quality than the songs I was getting in the ’80s from publishing companies. So, I wasn’t cooperating with the record company, but I cooperated with Nelson.

The record company didn’t want you to do it.

No, they didn’t. But they were good about it. When they saw I was determined to do it, they got behind it and tried to support it. They didn’t just throw it away there in the world.

In your memoir, there are a lot of musicians who, although they became more thoughtful, more aware of women’s rights later in life, in the ’70s and ’80s, they were young, hard-charging guys emblematic of that era. So, did you feel like an “other” or even like a den mother to these guys? Or did they treat you like an equal?

I think all of that sexism was there, and very present in those days. But the people I was friends with were good people. Jackson Browne is a good person. Don Henley tries really hard to be a good person. [Laughs] I think it’s important to him. He has real values. But, you know, it’s hard when you become the idol of the world. It’s hard to not think you’re curing cancer. And people get real self-important. I think there’s such a thing as adult-onset narcissism. I think that’s what a lot of us are victims of. But in terms of being a woman in music, I discovered a little secret: Musicians like to play music. And they don’t want anything that stops the groove. So, if you can play the music, they don’t care who you are, as long as you keep the groove.

As I was preparing for this interview, my youngest and I pulled out Simple Dreams, and we listened to some of your stuff from around that period, and so we also watched The Muppet Show episode. What do you remember about being on The Muppet Show?

Oh, I loved doing The Muppet Show. The Muppet Show was innovative, great television. The puppeteers were so talented. They could act, too, because it was like method acting where you can only use your hands, and through very deliberate actions. They were so talented. And Jim Henson, the guy that voiced Kermit, he was just incredible to work with. He was so inspiring. And he was real cooperative! [Laughs] He let me come up with a skit and got really enthusiastic about it. He was just great. I think he was in love with Bernadette Peters, by the way. But then, I was in love with Bernadette! If I liked girls, I’d go for her, but I don’t like girls. Anyway, it was two amazing weeks of my life where I had permission to act silly. Come to think of it, we should all get to be on The Muppet Show! That would solve a lot of our problems.

One thought on “‘First Lady of Rock’ Linda Ronstadt on Sexism, Muppets, and the Mexican Border”