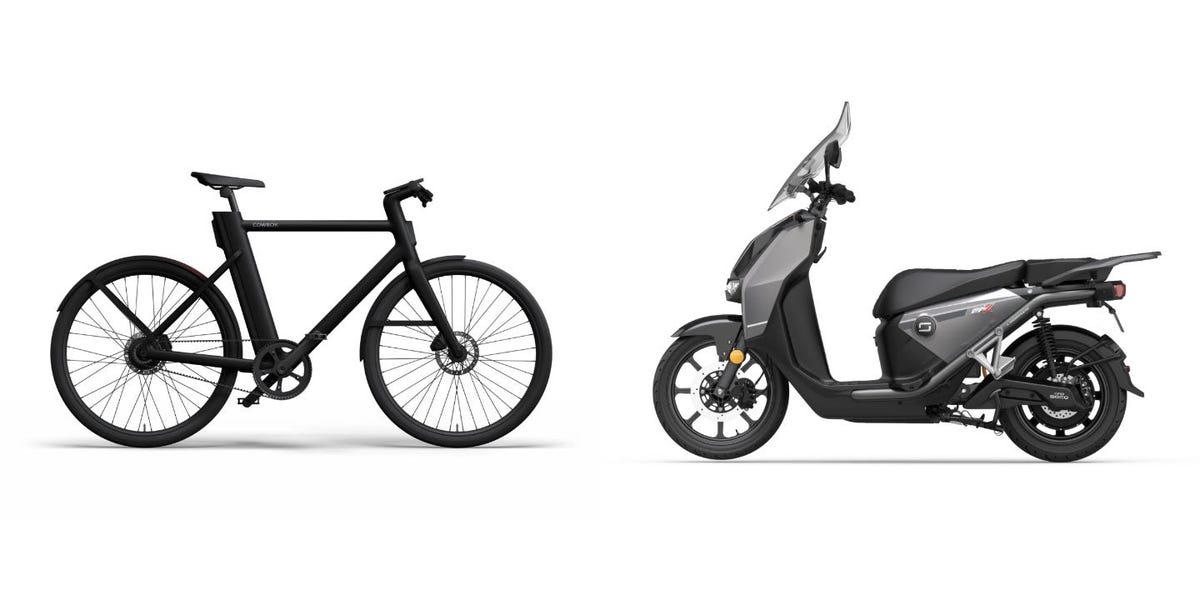 I ditched my subway commute for an electric scooter and an e-bike. I loved the feeling of freedom but missed the intimacy of the hustle and bustle.

The French have a succinct expression for the daily grind: métro, boulot, dodo, which translates roughly as commute, work, sleep. As such, enjoying one’s commute surely makes the grind that bit easier.

I love the intimate hustle and bustle of commuting on public transport: exchanging glances with strangers, awkward-but-warm smiles, and even the not-so-rare bumping of shoulders. For me, it’s part and parcel of city life.

So I decided to test out electrified two-wheel alternatives.

I enjoy exploring London by bike but motivation is crucial. It’s easy to look outside at the rain and decide not to take the two-wheeler.

I thought an electric bike would provide a necessary motivation boost on cold, wet days, so I tried out the Cowboy 4, which retails at £2,590.

I used it for a couple of weeks, even braving recent cold weather — and I was not disappointed.

I prefer working out in the morning, so cycling to work made me feel fresh upon arrival. My commute is about 25 minutes — the right amount of time to feel boosted and not like I’d just done a full cardio session.

There aren’t any gears on the bike, and at times I wanted to go up a gear to work the legs a bit harder. But it still won me over — especially because I could let the electric motor take over whenever I was feeling too tired, or too lazy, to pedal.

I rode a gas-powered scooter for several years but hadn’t ever tried electric. So I tested a Super Soco CPX electric scooter, which starts at £3,749. It claims a maximum range of 100 miles and a top speed of 55 mph.

Riding a scooter in city traffic can, of course, be dangerous. I got confident on the scooter pretty quickly and then caught myself going a little too fast. I had to take a breath and reevaluate.

Still, there was no better feeling than weaving through London traffic during rush hour. The scooter felt light and easy to handle, and its engine-less quietness made me feel like I was flying. It’d take me 15 minutes at most to get to work and I felt completely at peace in my own little bubble.

If I were to switch from public transport to an e-bike or electric scooter, I’d be looking at a hefty outlay on equipment. Still, this particular e-bike would cost me the equivalent of a year and a half’s worth of London travel passes — and I’d expect it to last longer than 18 months.

The electric scooter, meanwhile, would set me back nearly 2.3 years’ worth of travel pass costs, which feels like more of a risk. And of course, there would be maintenance and electricity costs on top for both scooter and e-bike.

If you were to ask me now whether I’d choose an e-bike or an electric scooter, I’d have to say both. Each of them cut my commute and made the journey fun in different ways. And I never felt like I was rushing anywhere, unlike on subway and bus.

Then there’s the question of whether I want to trade the enjoyable hustle and bustle of my public transport commute — and the warmth it provides on cold winter days — for going solo outside on two wheels.

I’ve yet to decide because I think I still want both.

2 thoughts on “I ditched my subway commute for an electric scooter and an e-bike. I loved the feeling of freedom but missed the intimacy of the hustle and bustle.”