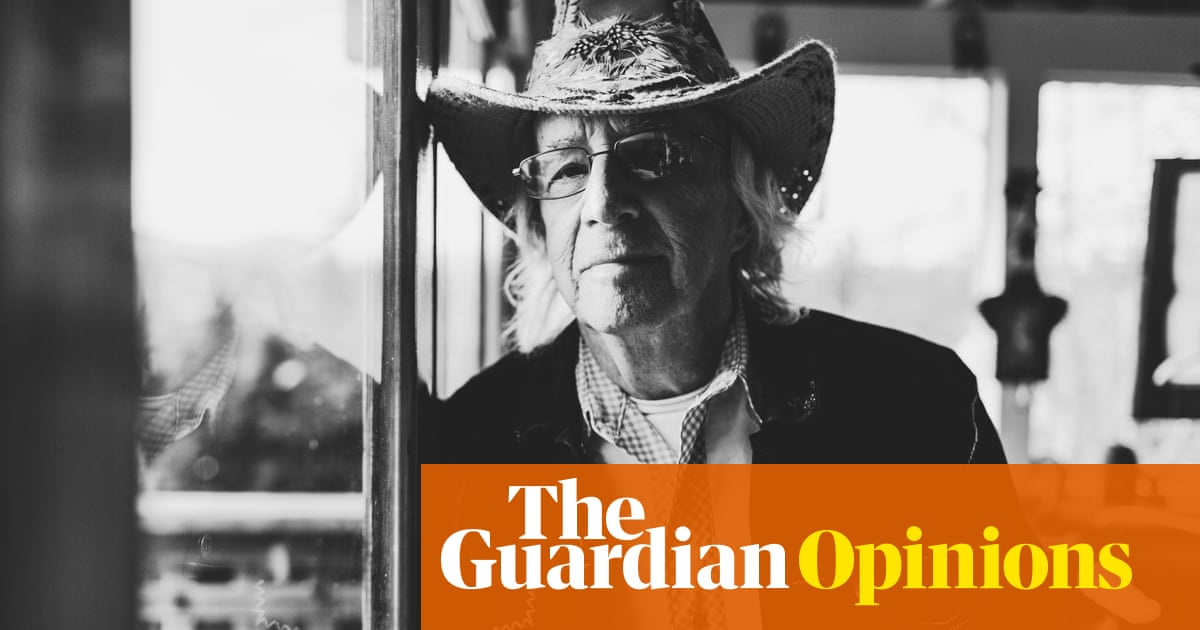 The last thing Patrick Haggerty expected was fame. In the early 2010s, the Washington native had put the pioneering gay country album he made as Lavender Country in the early 70s to the back of his mind and was contentedly performing covers of Doris Day and Que Sera Sera at local retirement homes. But after an anonymous YouTube user uploaded his groundbreaking music, a flurry of streams and blogs led to 1973’s Lavender Country being unleashed anew. A reissue from North Carolina label Paradise of Bachelors heralded a wave of accolades and interest for the self-declared “screaming Marxist bitch”. In the autumn of his life, Haggerty’s world turned upside down. And no one was more shocked than Haggerty himself. “It catapulted way further than I expected,” he said in 2014, of the album’s overdue embrace. “Lavender Country is going down in fucking history, and I lived to see it.”

The music of Haggerty, who died this week at age 78 after complications from a stroke, is a cornerstone of Gay lib-era creativity, a testament to bootstraps activism and among the smartest country songwriting to come out of the 1970s. Today’s LGBTQ+ country stars such as Trixie Mattel and Jake Blount credit him as a foundational artist; Orville Peck, who performed with Haggerty in 2019, calls him the “grandfather of queer country”. Over see-sawing fiddle and honky-tonk piano on Lavender Country, Haggerty boldly told the story of his own life with eccentric and poetic flair. Cryin’ These Cocksucking Tears is a pride anthem rooted in rage, calling out macho hypocrisy and phallocentric bullshit, while Waltzing Will Trilogy takes on police brutality and the electroshock conversion therapy that was despicably inflicted on gay men. “They call it mental hygiene,” Haggerty sings, as his voice curdles into a snarl. “But I call it psychic rape!”

Haggerty knew about institutional prejudice first hand. After being kicked out of the Peace Corps in the late 60s for being gay, he settled in Seattle and became a foundational member in the local chapter of the Gay Liberation Front (he later co-founded Act Up in the city). When the meeting place of the community group became unusable, Haggerty offered up his home as an informal headquarters. With the help of his community, Haggerty recruited musicians for a band, recorded Lavender Country, and pressed 1,000 copies with the help of a grant from the Gay Community Services of Seattle. The album was promoted by word of mouth and in the back pages of gay magazines, with advertisements nestled among more illicit advertisements.

Part of what makes Lavender Country’s 70s music so enduring is Haggerty’s refusal to couch his queerness in allusions or metaphor in a decade when even flamboyant gay stars such as Sylvester declined to put a public label on their sexuality. His songwriting is imbued with the joy of gay sex in all its unsanitized, fragrant glory, singing, in Georgie Pie, of goblins promising “musty lust in the closets of seclusion”, or, in Come Out Singing, the flirting fingers and body odors that linger “in my toes and in my nose and in my head”. It’s impossible not to smile at his wordplay, whether or not that sweaty brew is one for you.

Haggerty was always a canary in a coal mine. Growing up slinging hay bales on a dairy farm in Dry Creek, Washington, Haggerty’s older brothers called him a sissy, but he still managed to corral them into recreating scenes from Cleopatra at the local lake, featuring the young singer as the Queen of the Nile. By 15, he was auditioning for head cheerleader at his local high school in a costume involving glitter, lipstick and pom-poms. When Haggerty’s father showed up at the school, still in his cow dung-smeared work clothes, the 15-year-old hid from him. But his father hadn’t shown up to admonish him, and, that day, reminded Haggerty to be proud of who he was. “In a hay-field in redneck Washington … he went to the bottom of his soul,” Haggerty said. “It’s not a surprise with a father like that, and in a country setting like that, that I was the first person to record a gay country album!”

Gifted a guitar by his father at age nine, Haggerty’s lifelong appreciation of country icons Hank Williams and Patsy Cline was the backbone to his own reedy, playful croon. He put his own sly take on the genre, eschewing conventional Music Row topics in favor of his own out-and-proud activism. On Lavender Country, Haggerty reimagined 30s country crooner Gene Autry’s Back in the Saddle Again as Back in the Closet Again, a celebration of the solidarity between Black Panthers and the Gay Liberation Front. And in live shows toward the end of his life, Haggerty reimagined his hero Patsy Cline’s Walkin’ After Midnight as a cruising anthem, to whoops from his audiences. “Patsy, I love you to pieces – but you don’t know how to walk after midnight. I know how to walk after midnight.”

In the liner notes to Strong Love, a 2012 compilation of early gay artists that included Lavender Country, the musician Richard Dworkin notes: “One could argue that Patrick Haggerty … was as in-your-face shocking and transgressive as anything the [70s] would produce – up to and including the Sex Pistols and Dead Kennedys.” Haggerty set the stage for LGBTQ+ country artists to follow, from kd lang and TJ Osborne to Brandi Carlile. He was the all-too-rare example of a queer elder who lived to see the world catch up to his boundary-breaking music, and receive the flowers that had long been his due.

And Haggerty refused to be a footnote or curio. A new Lavender Country album, Blackberry Rose, was released earlier this year, and he spent much of his 70s on the road in a lilac stetson with cowboy boots to match. For some, it seemed strange that his boundary-breaking songwriting was in the country milieu – as if the genre hasn’t always been populated by proud outlaws. For Haggerty, it made perfect sense. “You go back to the tried-and-true trite expression, ‘country music is three chords and the truth,’ and that’s really true,” he said. “And it is a genre that allows you to tell a story, a lot more than others.” In Lavender Country, Patrick Haggerty’s story, uncensored and real, leapt off the page.