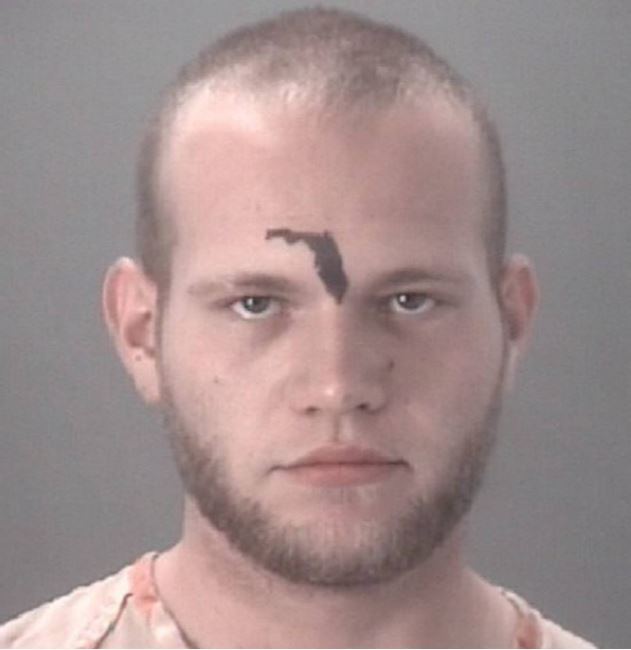 A groom made a dramatic entrance at his wedding in Parma, Italy, when he roared in on a dirt bike as his excited bride waited on the roadside with a checkered flag. But, as he rounded the bend, sounding his horn in excitement, he lost control and was thrown to the ground as reception guests cried out in horror. He broke his collarbone and was taken to a hospital.

WHAT MAKES YOU THINK IT BELONGS TO ME?: A man denied having a six-month-old kangaroo in his possession when he was questioned by Pennsylvania game wardens who suspected him of unlawful importation of wildlife. So they raided his home in Littleton and found the animal in his bedroom closet.

SO THIS GUY SEEMS TO FIT THE DESCRIPTION: A man, wearing only a cowboy hat and nothing else, approached a woman riding a bicycle in Medley, Fla., asked her for a crack pipe and attacked her when she said that she didn’t have one. The cops found him three days later still naked and sleeping in a tent in Hialeah. There were two cowboy hats in the tent.

APPARENTLY, HIS DEBIT CARD DIDN’T WORK: Someone blew up an ATM at a Bank of America in Palmdale, Calif., at 5:30 in the morning but failed to get any cash from the machine.

THINK OF IT AS AN ARTISTIC EXPRESSION: A 35-year-old man went on a methamphetamine bender and then covered his face and upper chest in black paint at his mother’s home in Madera, Calif. He refused to explain to police why he did this when they came there to arrest him on an outstanding warrant.

IS IT ME OR IS IT HOT OUTSIDE: A heavily intoxicated man took off his clothes at a gas pump in Ephrata, Pa., then went inside the convenience store, removed several ice bags from the freezer and jumped inside.

COME ON, DON’T BE SHY: A woman found a briefcase stuffed with almost $600 worth of sex toys when her dog started sniffing around it during their walk in Dorset, England. She is trying to find its rightful owner who has not yet come forward.

ALSO, THERE WILL BE NO TIP: A very drunk man, who ordered chicken biryani at a Bangladeshi restaurant in New York City, claimed that he was given the wrong order, and threw the food in the cashier’s face. He returned at 6 o’clock the next morning and tried to burn the place down, dousing the facade of the business with gasoline but scampered away from the scene with his shoes on fire.

I THINK THIS MUST BE OUR GUY: A man tried to slice up his friend with a razor during a “verbal dispute over a cell phone” in Pasco County, Fla. Police had no trouble locating him because he has a tattoo of the state of Florida in the middle of his forehead.

BUT, OFFICER, THE HORSE WAS SOBER: A rider on a horse galloping through traffic in Whittier, Calif., refused to pull over for police and was arrested for drunk driving following a brief pursuit.