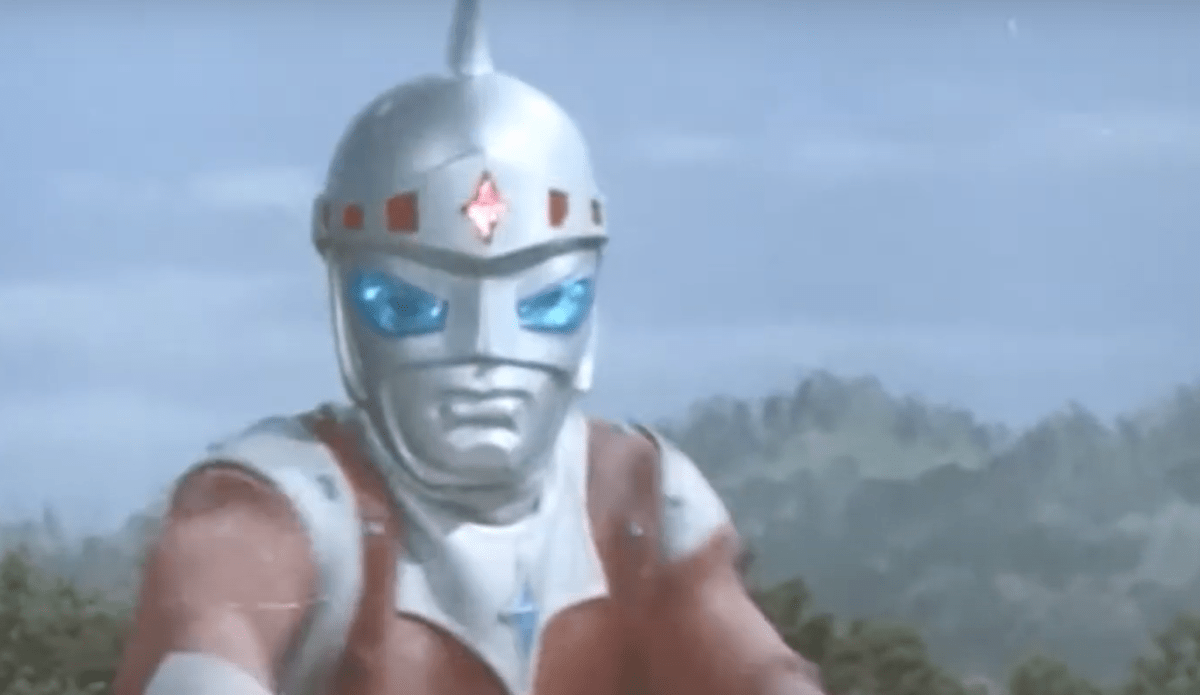 The underrated brilliance of Iron King

The tokusatsu genre has a unique magic you can’t find in any other form of fiction. Sure, there’s a lot of silliness inherent, but the genre more than makes up for it with its awesome ideas. Where else can you watch a group of superpowered teens pilot a giant robot that battles an evil, anthropomorphic snow cone?

In the annals of the tokusatsu, you’d be hard-pressed to find an idea that isn’t more interesting than the 70s series Iron King. The series centers on a cowboy guitarist named Gentaro Shizuka, who is also a secret agent. Oh, but wait, it gets better. Like any great tokusatsu series, Gentaro can transform into a giant robot. In this case, it’s the eponymous Iron King, a hydro-powered robot. If that synopsis intrigues you enough, check out the video linked above for a great fight scene from the show. You can also find full episodes of Iron King on YouTube right now.