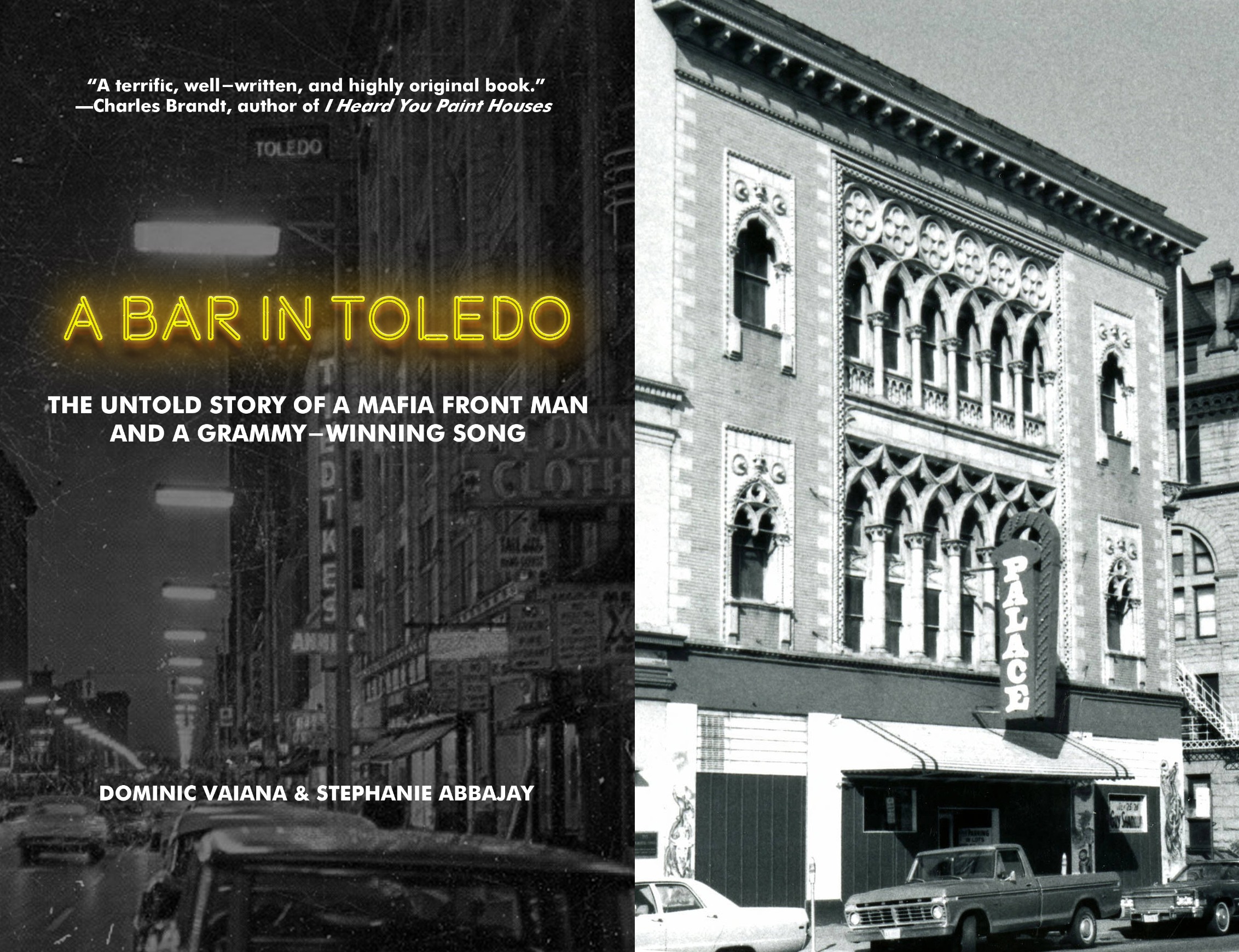 A Bar in Toledo: The Story About A Man, The Mob, And a Number One Song

In 1963, the 12th child of Syrian immigrants took over ownership of a bar in Toledo, Ohio, at the urging of his mother. With the backing of the Detroit mafia, Duane Abbajay would then turn The Peppermint Club into one of the legendary homes of music in the Midwest.

It first became a haven for rock stars of the time like Jerry Lee Lewis, Fats Domino, Chubby Checker, the Everly Brothers and others in the 1960s. But then a funny thing happened as rock was waning in the early 1970s and disco was taking hold. A country music songwriter—Hal Bynum—happened into the bar and wrote the song “Lucille” that was made famous by Kenny Rogers. After that, Duane changed the bar’s name to The Country Palace and it became a legendary stopping point for a who’s who of 1970s-era country music legends like Loretta Lynn, Waylon Jennings, Charlie Pride, Mel Tillis and more.

We dig into the new book about this story as for the first time ever, the Load Out Music Podcast recently welcomed a guest other than a performing artist—authors Stephanie Abbajay and Dominic Vaiana. Their newly released book, A Bar in Toledo, tells the true story of a man, the mob, and the number one song about the bar.

As Stephanie—Duane’s daughter—noted in our conversation, the story is, “a cautionary tale about the American and dream, rock ‘n’ roll, told through the eyes of an infamous music club owner in Toledo.”

The story centers on the rise, fall, and resurrection of a local business celebrity in Toledo, along with the scars that the hidden aspects of his life left on a family that adored him. It paints an intimate portrait of the power of organized crime in the Rust Belt and the music celebrities of the times—all told by an adoring daughter who didn’t know her father as well as she thought.

“Duane took over the Peppermint Club in 1962, and inherited a collection of Ohio mobsters as his business partners,” Stephanie said. “They would show up at our home with the trunks of their cars full of clothes and jewelry and let us pick gifts out. By day he was a church-going family man and by night a club owner who ran around with mobsters and girlfriends, leaving his wife and adoring children alone and adrift.”

Interestingly, in filing Sunshine requests, it was Vaiana who unearthed that Duane was secretly followed by the FBI for some 35 years as he took lavish golf trips with the mobsters who funded his businesses but demanded a return.

At the end of the day, “A Bar in Toledo” sheds a fascinating light on the ups and downs of chasing the American dream, the power of organized crime in the 1960s and ‘70s, and the man and his family at the center of it all.