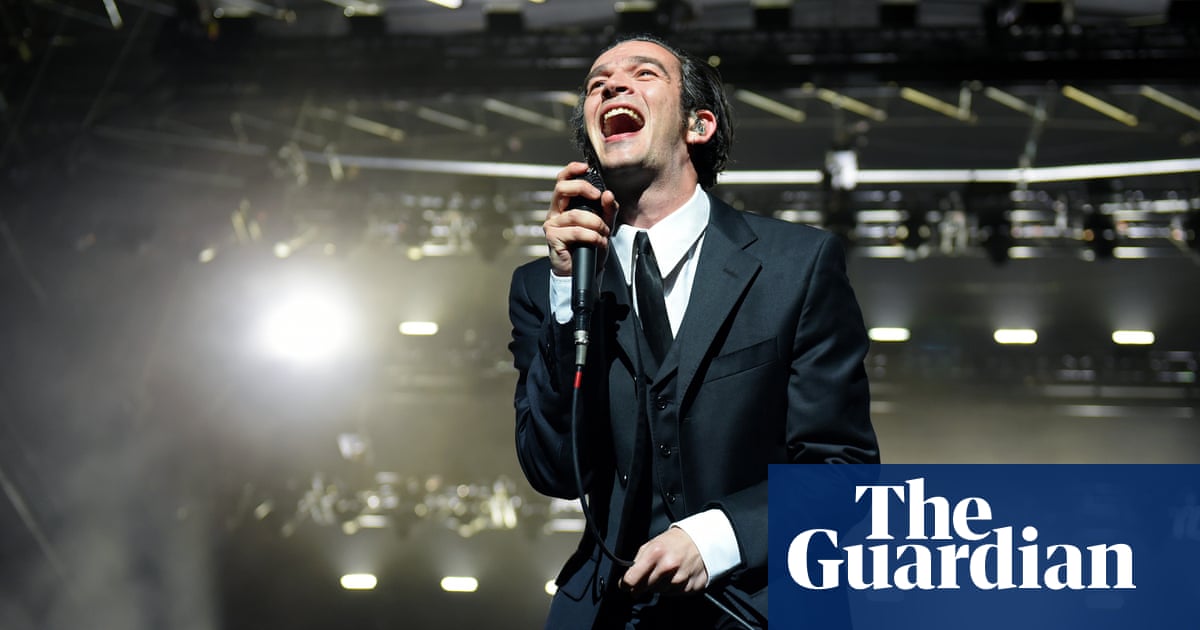 The 1975’s tour has been a spectacle of manufactured chaos, most of it courtesy of the band’s frontman, Matty Healy. The sets have delivered a feast of made-for-TikTok moments. The singer has subjected fans to everything from onstage push-ups to yelling at security through an auto-tuned microphone. He’s even risked a tapeworm by eating raw meat on stage. But the biggest buzz comes from his seemingly most-beloved trick: kissing fans. (One hopes he does this before consuming the ribeye.)

As clips posted on Twitter and TikTok show, Healy has invited men and women to smooch. In avoidance of rock music’s dismal history of consent, he has made a point of asking fans if they’d like to “snog” before going in for the kiss, with Isabella, a 24-year-old bartender from Dallas, tweeting “he ASKED before he kissed me” and adding in an interview that Healy said “we don’t have to snog if you don’t want to” to her before she fully consented to the kiss. Austin, from San Diego, wrote on Twitter that his make-out was “an insane experience” that “made [him] feel something [he] couldn’t fully put into words”.

Kissing fans on stage isn’t exactly new territory for pop stars. Elvis Presley’s 70s performances found the crooner kissing just about every woman in the room when he performed Love Me Tender. Diamond Dogs-era David Bowie made it a part of his shtick. Bono has been cozying up to fans at arena tours for years. It’s not even the first time for Healy: fans said he did the same during a 2014 tour, and again at a 2019 Dubai show to protest against the country’s anti-LGBTQ+ stance.

“Pulling a fan out of the audience to kiss them enacts a kind of fantasy, and it’s a pretty time-worn trope,” said Jack Hamilton, an associate professor of cultural studies at the University of Virginia and author of Just Around Midnight: Rock and Roll and the Racial Imagination. “If you think about the crooner tradition or the singing of love songs, it’s nothing new for people to have crushes on stars. Kissing someone on stage is the literal fulfillment of that fantasy.”

But the fulfillment of fantasy relies on consent. In 2019, footage from 2010 surfaced showing Drake kissing and groping a 17-year-old girl (when the rapper learned her age, he sent her back, and admonished her: “Why do you look like that?”).

This year, Enrique Iglesias posted a video showing him kissing and fondling a woman at a meet-and-greet; some fans bashed the singer for his behavior, noting that he’s been in a partnership with the tennis player Anna Kournikova since 2001.

Healy’s make-outs occur in full view of fans, who post their footage to social media. “It seems like a relatively safe space that’s documented, part of the performance and part of the act,” said Theo Cateforis, an associate professor of music history at Syracuse University. “The creepy behavior [from musicians] tends to be private and out of the public’s view.”

Eva Walker, who plays in the band the Black Tones and DJs for the alternative Seattle radio station KEXP, says her two rules for onstage antics are: “Don’t hurt anyone, and ask first.” She remembers a show she played in her early 20s, when a woman came up after her and asked for a kiss. When she obliged, the woman’s girlfriend ran over, angry. “I thought, ‘Oh, no,’ and then I asked, ‘Would you like a kiss too?’ And her mood changed, she was so happy and said ‘Oh yeah.’ So I kissed the girlfriend and everyone lived happily ever after.”

Healy’s behavior is nothing new to these artists. “As long as there’s consent, it can be entertaining,” Walker said. “It seems like if there is an ethical rockstar way to be sleazy on stage, [Healy] found it. Both parties seemed happy. I hope the days are over of the damsel in distress, bend her down and kiss her thing, because that’s how you get punched in the face.”

JNA, a Seattle-based disco artist, says the audience doesn’t need to know whether she has previous with the person she kisses on stage. “It’s one of those rock’n’roll tricks that’s a tale as old as time,” she says. When she performs, she often asks her husband to stand near the stage. “I tell him, ‘I need you to be right here, because I’m not going to touch anybody else, but I’ll be sexy with you and no one in the crowd knows you’re my husband. But when I was younger, I was definitely front and center, ready for someone to pull me onstage. That’s why we go to shows when we’re young.”

No matter how ideas about consent and boundaries have evolved, the prototypical pop star still holds a particular place in the collective imagination. “There is still a pretty resilient set of assumptions about how pop stars have license to behave in ways that the rest of us don’t,” said Steve Waksman, associate professor of music and American studies at Smith College. “They are allowed to act out things that we aren’t allowed to do ourselves.”

In a way, Healy’s kisses can seem less like a spontaneous transgression and more of a carefully planned piece of choreography – especially when the same script is repeated night after night.

“Kissing a single fan in the context of an arena show allows for a moment of intimacy that everyone can share,” Waksman said. “It’s a way to break the fourth wall, and even if it’s cheesy, pop is a realm of these types of grand gestures.”