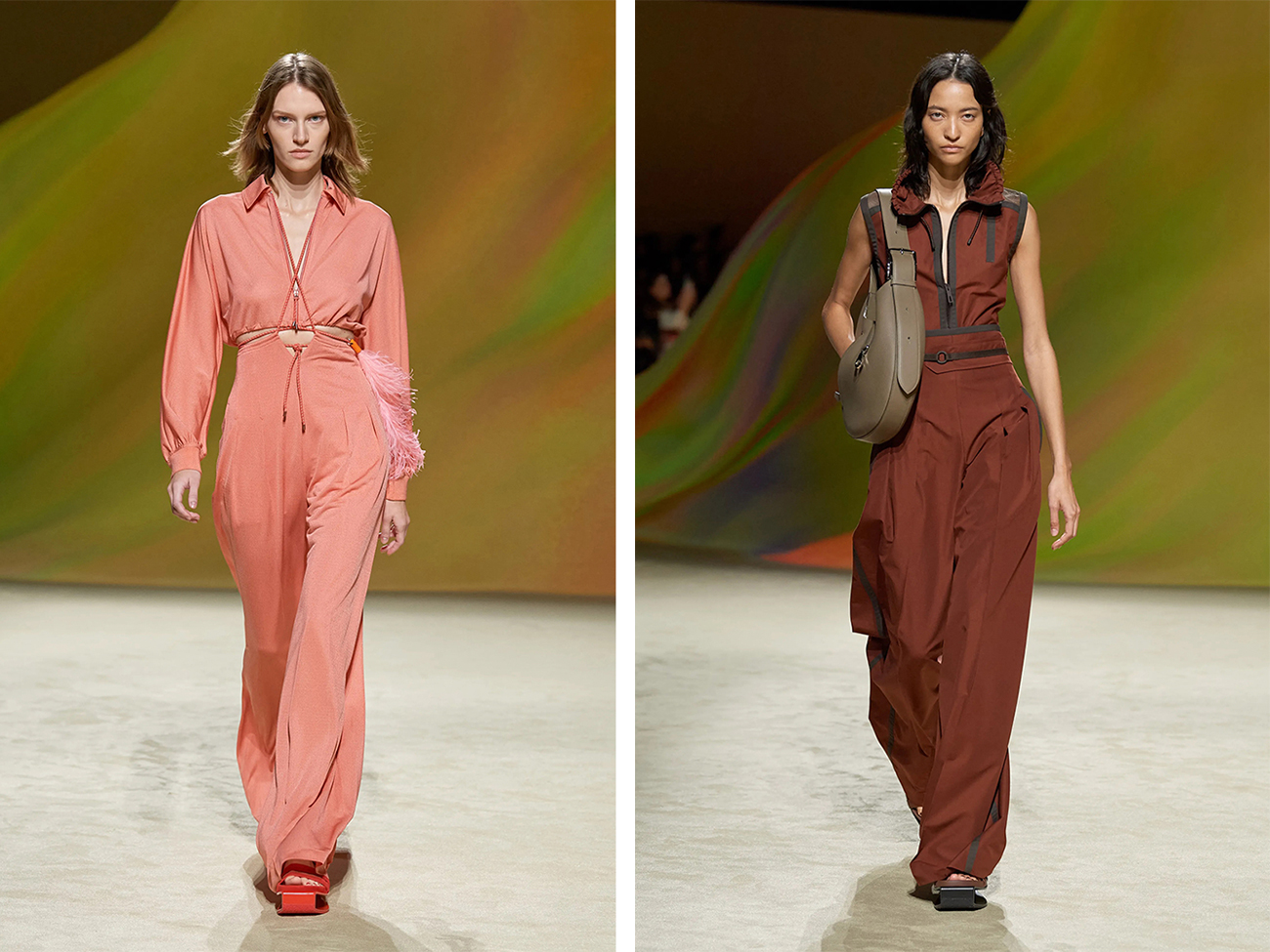 On Thursday, September 29, 2022, Hermès opened its new Madison Avenue Flagship boutique with a huge and extremely well-received event. Before the stages and sets and one-night disco had even been cleared, most of Hermès’ corporate leadership had to run back to Paris without even a moment to rest and enjoy the glow of success; a mere two days later, on Saturday afternoon in Paris, Nadège Vanhee-Cybulski presented the Hermès Women’s Spring-Summer 2023 Ready-To-Wear runway show.

Echoing the actual experience of her corporate Hermès compatriots, Vanhee-Cybulski presented a show full of movement, reflecting how our world has come back to moving, exploring, and traveling. With clothes that flowed and moved, along with many utilitarian elements associated with the outdoors, such as bungee cords, whipstitching, light materials, and of course, the zipper (Hermès was the first to introduce the zipper to France), the show had elements both practical and pretty. Earth tones dominated, with tans, golds, and corals reminiscent of a sunset, and every look was matched with the same shoe (a platform sandal) in the relevant color.

Whip stitching was typically used as an edge to leather pieces and as a design element.

Slim and body-skimming silhouettes, usually on top, were paired with a slim or flowing bottom.

Many of the clothes had an element of movement in flowing, light material, either from the material cut at the bottom of a piece or as an accent on one side.

Finally, there were also pieces that incorporated some of the above influences to create an atypically pretty, feminine look.