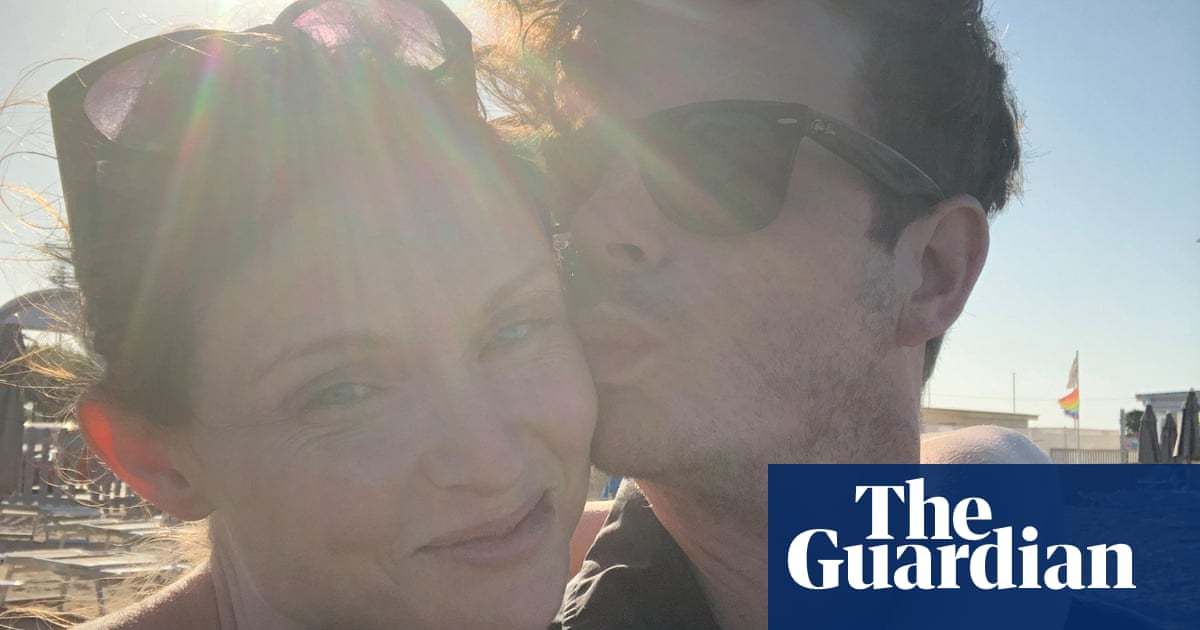 How Sophie Ellis-Bextor met Richard Jones: ‘It’s embarrassing. I told him he had a nice amp!’

The first words Sophie Ellis-Bextor said to her future husband, Richard Jones, have been immortalised in neon, and are proudly on display in his studio. “It’s embarrassing,” she says with a laugh. “I said: ‘Nice amp.’” It was 2002, they were both in their early 20s, and Jones, a bass guitarist – who would go on to form the band the Feeling – was auditioning for Sophie’s new tour band.

They met in a rehearsal studio in north London, Richard remembers. “I was like, wow, look at this ethereal, beautiful woman that is way more beautiful in real life than I expected.” (Sophie was, of course, already a super-successful pop star.)

“I was 22, and it’s quite intimidating where everybody’s auditioning to be in your band, and you’re feeling quite young and not that experienced yourself,” she says. “I remember thinking, I don’t want this to feel awkward or weird, because all the musicians were my peers.” That’s when she chose, inexplicably, to compliment Richard on his equipment. “I think I was just trying to be quite chatty, and normalise everything,” she says.

Both were already in relationships, and neither was looking to meet anybody else. “First impression was like, wow,” says Richard. “But, you know, you meet beautiful people.” It didn’t really mean anything.

Sophie chose Richard and his friend, the drummer Paul Stewart, for her tour. Richard found an old camcorder recently, on which they had filmed behind-the-scenes footage. “Loads of it is the two of us just laughing at stuff. At the time, we weren’t even aware of anything other than we had a really good time together. We were all having fun, but there was definitely a real sort of …” “Connection?” suggests Sophie. “I suppose I’m trying not to say Love Island words,” says Richard. Sophie adds: “We had a good friendship, basically.” They spent a lot of time together, but usually with other people around. When they did the European tour, they became, says Sophie, “closer in a different way”.

On the tour bus, he remembers there being a “sort of electricity, something in the air”. Had there been flirtations before? “Nothing,” says Sophie. Richard says: “It was weird. It was like: ‘Oh’ – and you’re both on the same page.”

There were a couple of weeks left of the tour, and each tried to work out how they felt, knowing they had to end their relationships with their respective partners. They met up a month after they got back to the UK, both newly single, and Richard drove Sophie up to Alexandra Palace, overlooking London, “like in an American movie. We wondered if we would feel the same and it was exactly the same.”

They attempted to keep their relationship private. “This was in the days of paparazzi and, as it turns out, phone hacking,” says Sophie. Then, after six weeks, she found out she was pregnant.

Sophie gave birth to their first child, Sonny, two months early, which was stressful but also quite intense in a new relationship. “When we became parents, we’d only been a couple for eight months,” she says. “It was quite full on, but my memory of it is very positive and warm. At the heart of it all, we always felt excited about Sonny.”

They started living together only two weeks before Sonny was born, and got married when he was 14 months old; they now have four more sons. At about the time they became a couple, Richard and his bandmates formed the Feeling. “I definitely felt a massive drive to up my game,” he says. He also felt it wouldn’t work if Sophie was still essentially his boss, but now they work together quite often – he regularly plays bass for her, they DJ together, and they have produced a family cookbook, born out of their lockdown Kitchen Disco live Instagram shows.

Twenty years after they first met, Sophie says she is wary of giving advice about long-lasting relationships, “but I would say that being friends first is a big part of it, because we’ve always got a lot of respect for each other. I really like Richard as well as loving and fancying him, and I think liking each other is an underrated element of relationships.” Richard says: “We have moments where we annoy each other, don’t get on, all the normal stuff, but I think we’re both very mindful to just be kind to each other.”

Sophie Ellis-Bextor tours her Christmas Kitchen Disco from next November. Tickets are on sale now

Want to share your story? Tell us a little about yourself, your partner and how you got together by filling in the form here