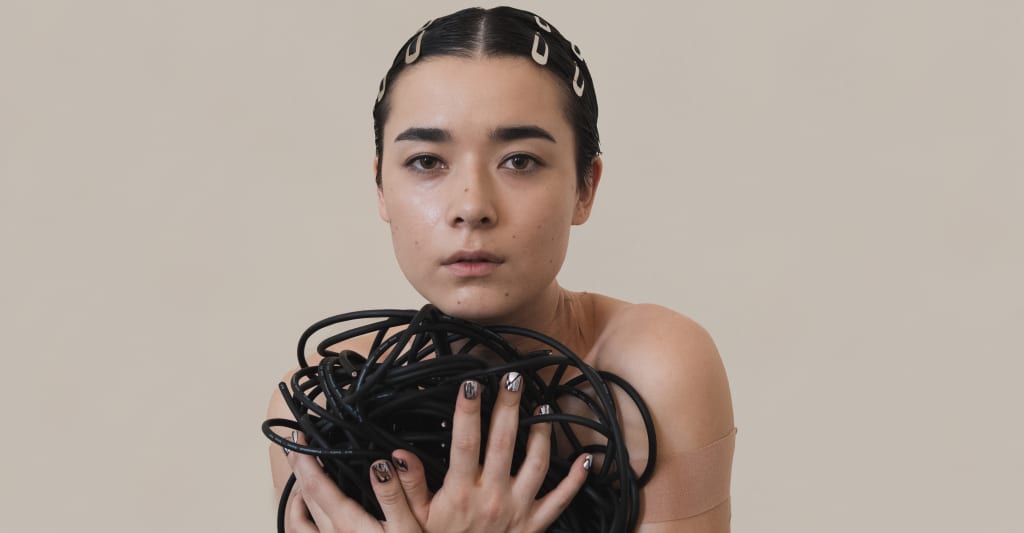 Song You Need: The uncanny electronic rock of Miss Grit’s “Follow The Cyborg”

The FADER’s “Songs You Need” are the tracks we can’t stop playing. Check back every day for new music and follow along on our Spotify playlist.

Since their debut in 2019 with the EP Talk Talk, Miss Grit’s ability to bring a raw and cerebral sensibility to electronic pop music has grown exponentially. Based in New York, the Korean-American musician born Margaret Sohn will release their debut album Follow the Cyborg on February 24 via Mute. Today, they give us another taste of their exciting progression with the album’s title track.

“Follow the Cyborg” has the sparkly, dryly dazzling flair of Laurie Anderson and the urgent dancefloor palpitations of Robyn, tied with a fiery knot of sludgy guitar riffs. It’s a song built to be felt deep within one’s corporeal form, a stark contrast to its lyrics, which take on the rambling style of a robot that’s been taught English through fashion magazines. “Cause I was born to pose,” they sing, “Oh I was born with clothes / I’m a living girl / A real living girl / Your real living girl.”

The superficiality soon gives way to more life-affirming ruminations: solitude, gender identity, and the soul are some of the themes, and at times, it sounds like a spambot having an existential crisis. It’s easier — and, in some ways, more appealing — than ever to feel like an automaton; on “Follow the Cyborg,” Miss Grit searches for life in strange places, and comes back with a gem as brilliant as a disco ball going supernova.

2 thoughts on “Song You Need: The uncanny electronic rock of Miss Grit’s “Follow The Cyborg””