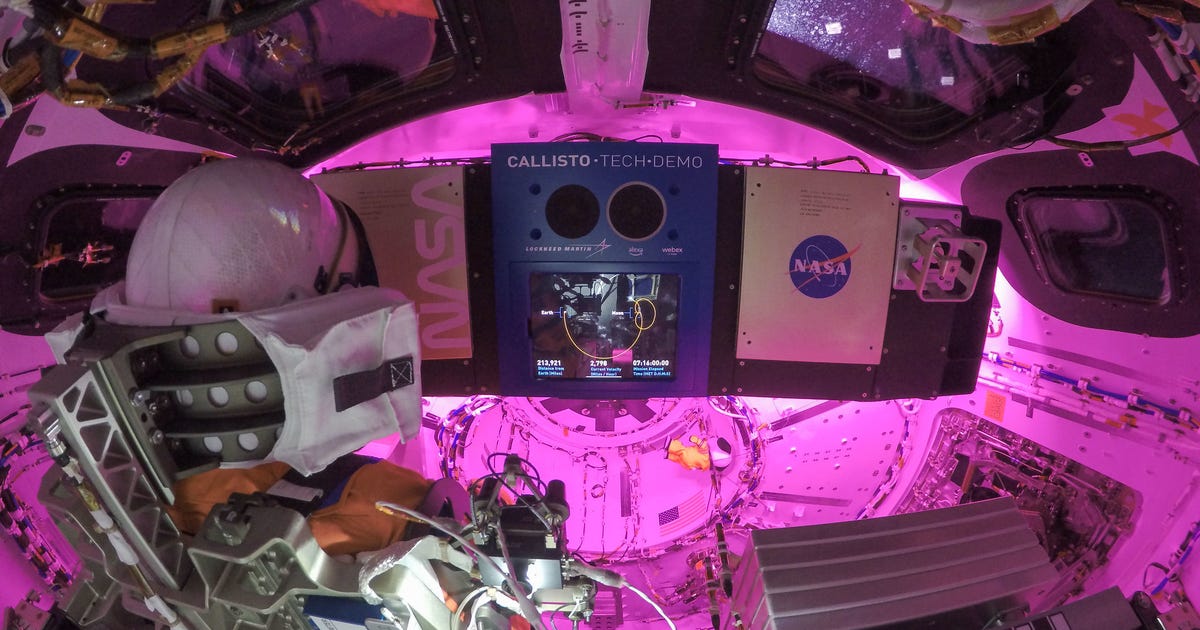 Cue up some Bee Gees. Throw on your sequined moon boots. Pour yourself some Tang. We’re going to party with NASA’s Orion spacecraft.

The Artemis I moon mission is all about testing out the SLS rocket and Orion spacecraft in preparation for sending astronauts into space. That’s serious stuff, but it doesn’t mean Orion can’t have a little fun along the way. On Monday, Orion manufacturer Lockheed Martin shared a short video of what it looks like when the moon-traveling capsule triggers its “party mode” inside.

The video features a voice saying, “Alexa, party mode.” The voice assistant responds with “Turning on celebration lighting,” which kicks off a multicolored disco-style display inside the capsule. Part of Commander Moonikin Campos, a human-size test manikin on board, is visible in the video.

The party mode feature is part of Orion’s Callisto technology demonstration, which includes Amazon’s Alexa voice assistant. While Artemis I is uncrewed, future astronauts could use voice commands to add a Star Trek dimension to their flights. That means “party mode” would be just a quick request away should they need to celebrate a milestone, like arriving at the moon.

Artemis I has been progressing fairly smoothly. Orion had a picture-perfect launch, snapped some glorious selfies and set a new record for a human-rated spacecraft by eclipsing Apollo 13’s distance of 248,655 miles (400,171 kilometers) from Earth. It’s scheduled to return home for a splashdown landing on Dec. 11.

The disco fever visuals for party mode are a lot of fun, but I would suggest a few modifications. Perhaps NASA could rig up a confetti cannon and start playing Sweet Caroline to go along with the light show. It’s not a real party if you don’t have to clean up after it.