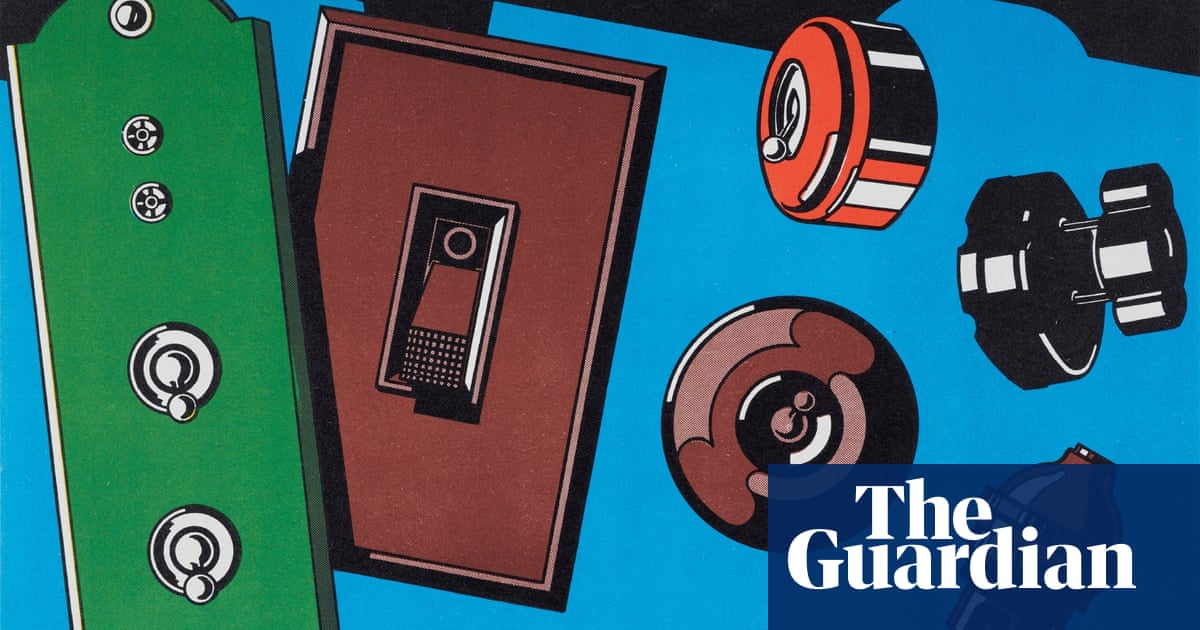 Fantastic plastic: is there a future for the wonder material?

In one sense the story of plastic is a straightforward cautionary tale. What was initially hailed as a wonder material that would solve so many of the world’s problems turned out to be a potentially existential threat to planetary health. But how did one thing lead to the other? And is that narrative arc quite as smooth and quite as depressing as it appears? A new exhibition at the V&A Dundee seeks to interrogate the history of the material through its inventors and industries, designers and advertisers, consumers and protesters. Perhaps more urgently, it also asks what is the future of this now ubiquitous substance.

“Up until the middle of the 19th century, people had looked to the natural world for the sort of materiality that we now associate with plastics,” explains curator Charlotte Hale. “Materials such as shellac, ivory, tortoise shell and horn could be subjected to heat and pressure to make them malleable and durable and capable of being shaped into coveted and luxurious household items.” But with industrialisation and rising demand came attempts to synthetically mimic these properties, though early scientific advances were habitually undermined by commercial failure. Perhaps surprisingly, imitation ivory billiard balls were one success, despite early examples having the unfortunate effect of making colliding balls sound like a gunshot, laughs Hale, “prompting bar owners in America to complain that customers were actually drawing their weapons in response”.

The big breakthrough came via Belgian chemist Leo Baekeland in the early 20th century. His Bakelite was light and malleable yet hard and strong, was heat resistant, a good insulator and could provide an appealing finish. It was used for luxury goods in the 1920s and 30s, but during the second world war Bakelite’s adaptable and comparatively inexpensive characteristics were adopted wholesale by the military. With a shortage of natural materials the same was true of other synthetic materials – nylon, polyethylene – and between 1939 and 1945 the production of plastics nearly quadrupled.

Following the war, huge marketing campaigns, aggressively financed by petrochemical companies, saw these new products and materials adapted for mass domestic use. Kitchens became wipe-clean rather than scrubbable. Radios, lamps, clocks and telephones adopted sleek curves and increasingly vibrant colours. Chairs and tables were moulded into futuristic new shapes and baths and basins appeared in colours other than white as plastic made its unstoppable progress through the home.

Many of these products would become collectors’ items, but their mass accessibility, and the explosion of cheaper objects and plastic packaging, marked a change: the era of plastic as something disposable rather than precious had begun. But it was during the next big boom – in the 1960s space age when 20 of the 21 layers of Apollo astronauts’ suits were made by chemicals company DuPont, a trend quickly picked up on by clothes designers back on Earth – that marine biologists first published articles on plastic particles found in the sea.

Since then, the understanding of its environmental impact has only become more alarming. But, as Hale points out, the rewards of plastic are still there, and in many ways it remains the wonder material it always was. It is integral to modern telecommunications and medicine and so many other essential aspects of life. Something as simple as a light, cheap, easily transportable plastic tent has saved maybe millions of lives. And cotton or paper carrier bags have significant environmental costs attached to them, too.

The exhibition also looks at initiatives to clean up the oceans and the efforts to control the excesses of plastic, in particular in eradicating single-use products. There are sections on repairing and recycling. “Ultimately, plastic has run unchecked and unregulated for 150 years,” says Hale. “Many good things are happening, but it’s only with stringent regulation – through the entire product life cycle from concept through production, distribution and disposal – that real change will come about. We don’t advocate a zero-plastic strategy. Instead, we ask when and how plastic can be used to maximise its incredible properties. We need a fundamental revaluing of plastic in a world in which there is no silver bullet.”

Smoker’s cabinet, 1916Charles Rennie Mackintosh’s wooden cabinet was one of the first pieces of furniture to utilise plastic as an inlay. The pieces of yellow casing are made from a material called Erinoid, produced by drying curds of milk into a powder that was then combined with water, heated and extruded. “It could be seen as a precursor to Formica,” explains Hale. “Unfortunately, the product was prone to shrinking, which meant it wasn’t a viable long-lasting development.”

Bakelite leaflet, 1930s (main image)Where previous plastics had used plant materials such as cellulose, Bakelite was the first truly synthetic product. A market trajectory from luxury goods to battlefield weapons to household devices lived up to the company’s marketing of it as “the material of a thousand uses”.

John Bates wedding ensemble, 1966Bates was best known in the 60s for designing Diana Rigg’s outfits for The Avengers. This is the wedding ensemble he made for Marit Allen, then fashion editor of Vogue. Drawing on the influence of 60s sci-fi, with its silver buttons and shiny trim, it incorporates an early usage in clothing of PVC.

The Ocean CleanUp/Everwave/Sungai WatchThis image is from a video of the Ocean CleanUp project “harvesting” plastic from the sea. The organisation also works to intercept plastic in rivers before it reaches the ocean. “Both elements are extremely difficult and essential,” explains Hale. “But it becomes a much more resource-efficient strategy to clear plastic before it has broken down to microplastics.”

Plastic: Remaking Our World is at V&A Dundee from 29 October until 5 February.