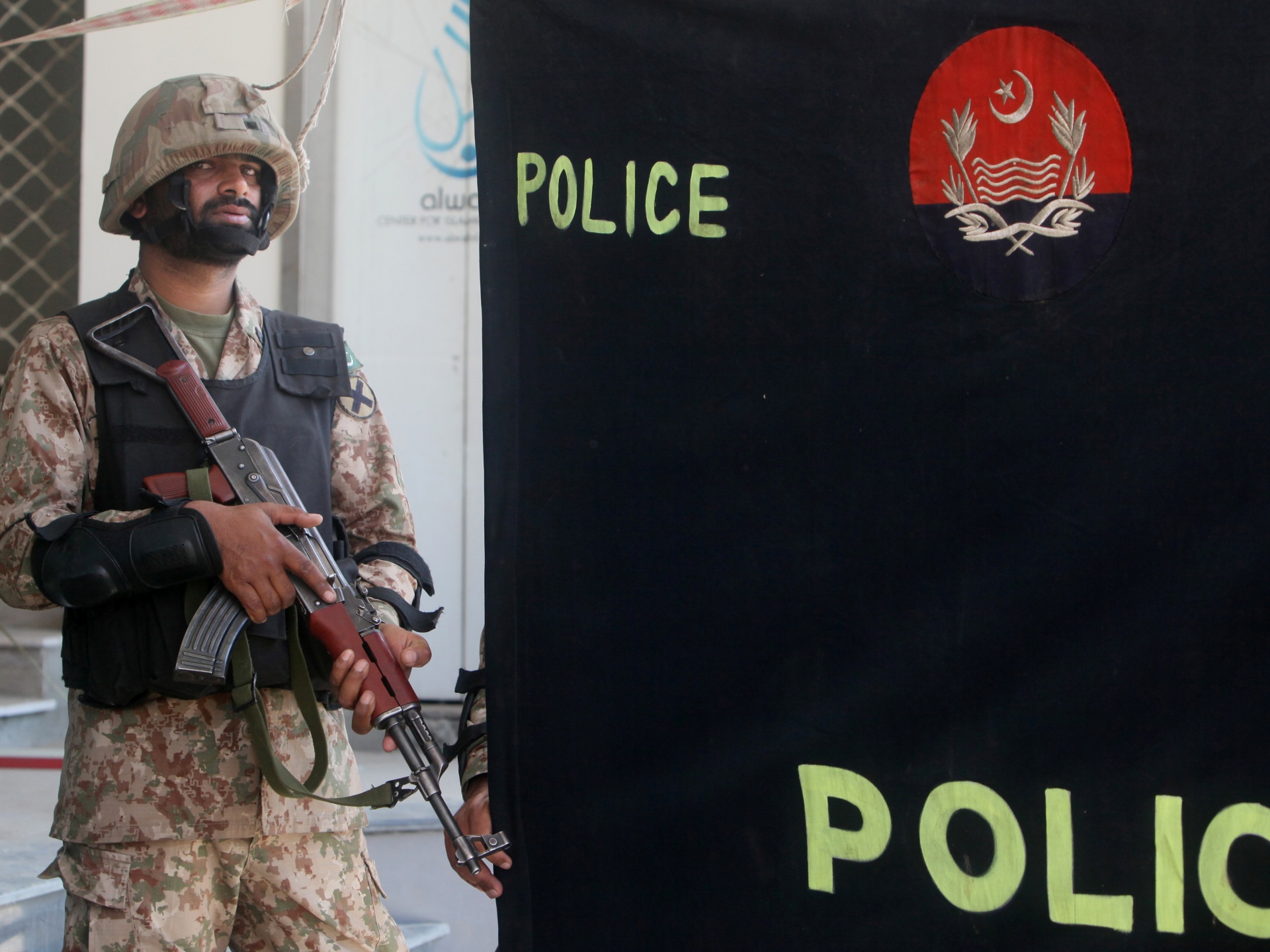 Islamabad, Pakistan – A senior opposition leader has been arrested in Pakistan for a “highly obnoxious and intimidating” tweet against the chief of the country’s powerful military, General Qamar Javed Bajwa.

Swati’s lawyer Babar Awan alleged his client’s house was raided late at night without a search warrant. “He was blindfolded and treated like a terrorist,” Awan told Al Jazeera, adding that the country had become “fascist”.

Swati’s tweet on Wednesday evening was in response to a court in the city of Lahore acquitting incumbent Prime Minister Shehbaz Sharif and his son Hamza Shehbaz in a money laundering case.

In his post, the 66-year-old senator addressed Bajwa, congratulating him for his “plan” working and saying “criminals” were going free.

“Mr Bajwa congratulations to you and few with you. Your plan is really working, and all criminals are getting free at cost of this country.  With these thugs getting free, you have legitimise (sic) corruption. How you predict now the future of this country?” he posted.

The FIA, which arrested Swati under a cybercrime law, in its first information report (FIR) said his tweet was a “calculated attempted” to sow “hatred in mind of people and army personnel against the Army Chief and Pakistan army”.

“Such intimidating tweets of blaming and naming is a mischievous act of subversion to create a rift between personnel of the armed forces and an attempt to harm the state of Pakistan,” the FIR said.

Pakistan’s military has ruled over the country for more than half of its 75 years of existence as an independent nation. Many consider the institution as the country’s real centre of political power.

The PTI’s relations with the army have been tenuous since Khan was removed from office in April this year through a parliamentary vote.

The cricketing icon-turned-politician accused Pakistan’s political and military establishment of colluding with the United States to topple his government, an allegation denied by both Islamabad and Washington.

Speaking to reporters before he was presented before a court in Islamabad on Thursday, Swati said his only crime was naming the army chief in his tweet, for which he had been arrested. He later told the court he had been subjected to custodial torture by policemen in plain clothes.

The Islamabad court remanded the politician to police custody for two days.

The PTI party has demanded his earliest release, with senior party leader Fawad Chaudhry calling the arrest “a dangerous trend in Pakistan”.

“Reports of torture on Azam Swati are disturbing. Torturing political prisoners has become a new normal in Pakistan,” he tweeted.

“Our citizens see a political mess, an economic mess and the ridiculing of accountability. Time to bear the political criticism that comes in today’s polarised Pakistan. The answer is elections, not fear through arrests,” he tweeted.

In August, senior PTI leader and close Khan aide Shahbaz Gill was arrested for sedition and other charges for remarks made during a TV show. He was granted bail after five weeks in custody.