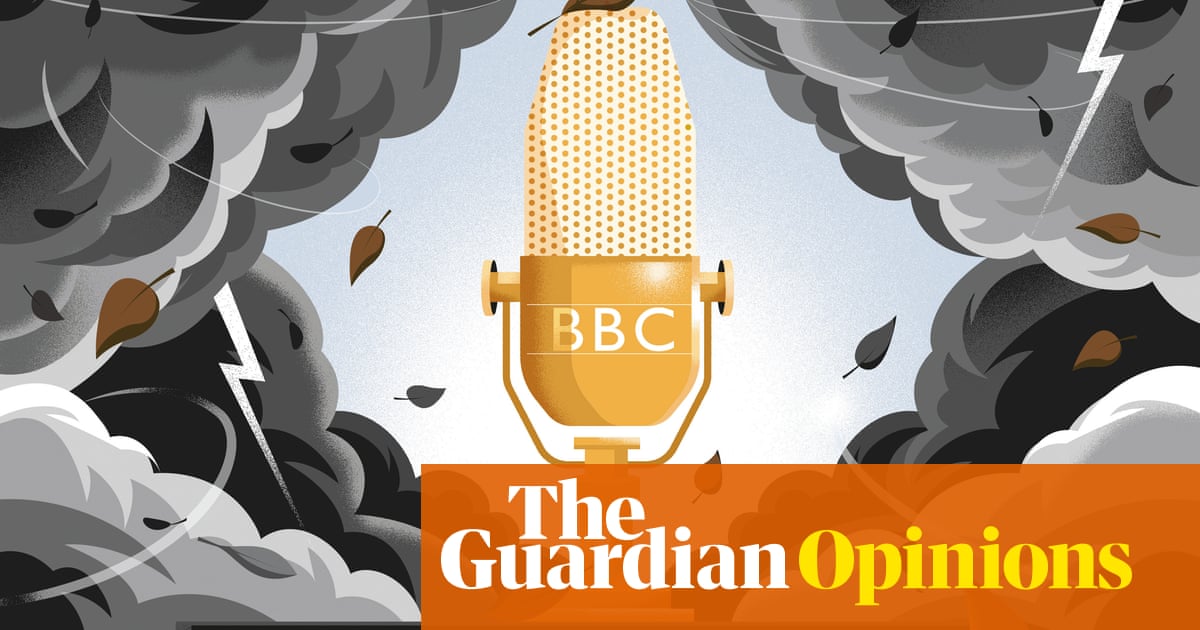 The BBC marks scenes from my life, as it must do for millions – aren’t we lucky to have it? | Ian Jack

Mondays are washdays. In the kitchen, steam rises from the sink and my mother squeezes sopping wet clothes through the mangle. On the radio a man sings Oh, What a Beautiful Mornin’ from the musical Oklahoma. Later in my childhood other songs made their mark: Anything You Can Do (I Can Do Better), Music, Music, Music, (How Much Is) That Doggie in the Window?. But the opening number in Oklahoma is the first music I can remember and put a name to: a memory preserved, possibly, via the song’s association with sunshine and sunshine’s importance to washdays.

Of course, I had no idea of the song’s origins or how songs in general came about; no idea of Rodgers and Hammerstein; wouldn’t know corn (“as high as an elephant’s eye” or otherwise) if I met it dancing in the street. Nor did I know what was old and what was new. Children, when they first encounter the world, imagine that what they hear and see has been there for ever. That was how, for many years, I thought of Oh, What a Beautiful Mornin’ – as eternal – when in fact, first sung on Broadway in 1943, it was only a couple of years older than me.

Likewise, the organisation that brought it into our home: the BBC had been founded only 20-odd years before, in 1922, and was therefore much younger than my parents, who never referred to it by name (“Let’s listen to the BBC”) but always as an instrument (“Let’s listen to the wireless”). The two were synonymous. Other stations were marked on the dial – Luxembourg, Hilversum, Athlone – but apart from a flirtation with Lord Haw-Haw during the recent second world war my parents had ears only for the BBC Home Service and BBC Light Programme.

The BBC had a good war. “To inform, educate, and entertain” was the mission statement of its Presbyterian founder, Lord Reith, but until 1939 none of these aims had been fulfilled in any great style. The days when it could see itself as the nation’s voice – its comforter, best expression and chief ornament – were some way off. Dance bands, symphony orchestras and plays were its big attractions. It relayed news to its audience fitfully and tactfully. Radios were banned in gentlemen’s clubs and the Palace of Westminster, and until 1938 nothing other than church services were broadcast on a Sunday morning. According to Edward Stourton’s history of the BBC, one broadcast began: “Good evening, today is Good Friday. There is no news.”

Even when news existed, the BBC felt it was better left to newspapers. By the mid-1930s, it had managed to set up a news department, but even so it employed no reporters, only text editors who fashioned news items from copy supplied by Reuters. Its first reporter, Richard Dimbleby, was hired from a Southampton paper on the strength of his novel suggestion that some recruits to the news staff might be “held in readiness, just as are the evening paper men, to cover unexpected news of the day … a big fire, railway accidents, pit accidents, or any other major catastrophes in which the public, I fear, is deeply interested”.

War shook the BBC out of its social conservatism and massively expanded its operation. The need for entertainment, public information and propaganda increased staff numbers from 3,500 in 1937 to 9,000 by the summer of 1941. (Today it directly employs about 22,000.) News and foreign broadcasting were particularly expanded, and tensions arose between the BBC’s twin duties of keeping up morale and reporting the facts.

Winston Churchill, who loathed the BBC, wanted the Ministry of Information to be the sole supplier of the wartime narrative. It was the job of the armed services, in his words, “to purvey to the ministry the raw meat and vegetables and for the ministry to cook and serve the dish to the public”. The BBC’s resistance modified this crude ambition, but truth was still a casualty. The retreat from France was turned into the plucky triumph of Dunkirk; the shocking casualty figures of the Dieppe raid, a bloody debacle, were suppressed.

As the war went on, however, more care was taken to preserve the BBC’s credibility: one senior adviser wrote that lies were worth broadcasting only if they brought “considerable” military advantage. George Orwell, then a talk producer with the Eastern service, believed that by comparison with the enemy’s propaganda streams “our little corner” had been kept “fairly clean”. And we were, after all, trying to win.

The BBC I grew up with was born in those years, which were remembered by many people who experienced them less for their news bulletins than their escapism. At least, that was so at home. I heard so much from my parents and older brother about It’s That Man Again that I began to believe I’d heard the comedy series myself. It ended with the death of its star, Tommy Handley, in 1949, but some of its catchphrases remained current into the 1960s: “Can I do you now, sir?” (Mrs Mopp); “After you, Cecil” (Claude); “No, after you, Claude” (Cecil). By then they had been joined by streams of other catchphrases from later radio shows – Much Binding in the Marsh, Take it From Here, Ray’s a Laugh, Round the Horne – so that conversations in the radio age, perhaps especially among schoolboys, became almost Freemasonic in their mysteries to anyone who had never heard “He’s fallen in the water” on the Goon Show or “Stone me!” in Hancock’s Half Hour.

We got a television in 1961 and the BBC became visible to us for the first time – literally, through its typographical branding, its newsreaders, the glimpses of its studios, offices and transmitters. Before, it had simply existed as noises – music, speech, laughter, applause, sound effects, doors being knocked (“Can I do you now, sir?”), splashing (“He’s fallen in the water”). BBC Television has a list of formidable achievements; BBC Radio flourishes in its shade. Together with their overseas services they still stand as one of the world’s great cultural projects, despite the continual nagging of free-market ideologists and the cost-cutting of spiteful governments. It looks unlikely that Britain will ever again invent anything so admired and influential; we have been lucky to have it.

As it must do for millions of others, it marks scenes from my own life. As a reporter in a shabby Indian hotel room, trying to locate the World Service on a shortwave radio; as a son coming home late one night to find his father amazed and amused at the satire of That Was the Week That Was; as a schoolboy doing his Sunday-night homework to the genteel waltzes of Max Jaffa and his Palm Court Orchestra. And then the first moment: Mum with her mangle, damp clothes hung out to dry, oh what a beautiful morning. I am guessing Housewives’ Choice, some time in 1948.

The BBC celebrated its centenary last Tuesday. Long may it last.

One thought on “The BBC marks scenes from my life, as it must do for millions – aren’t we lucky to have it? | Ian Jack”