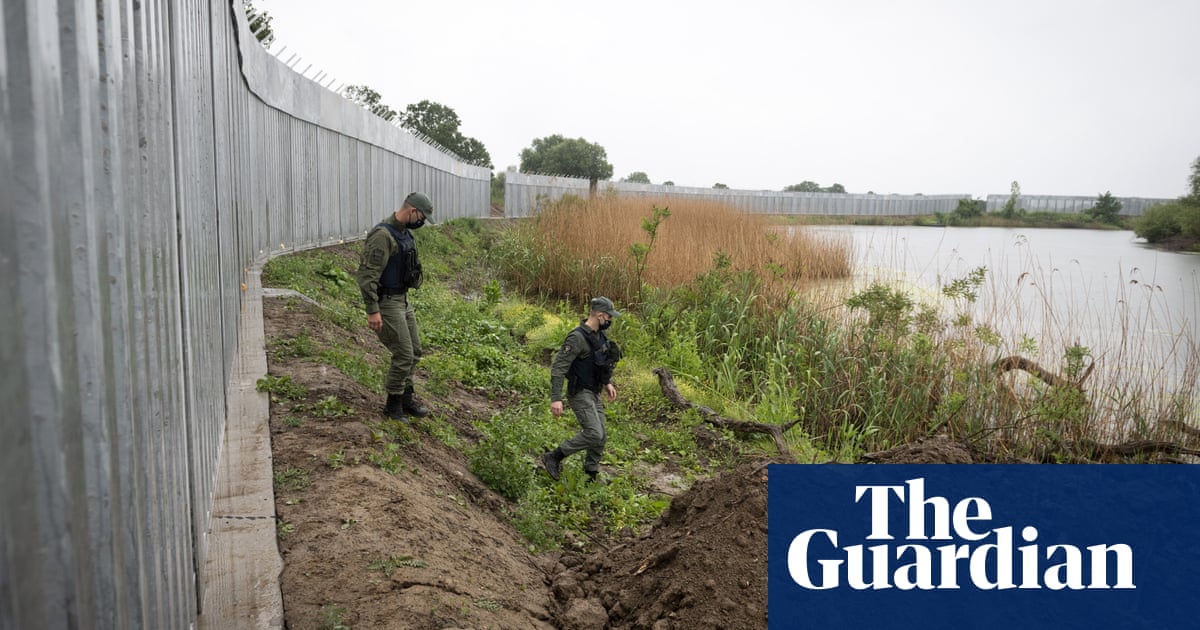 The UN refugee agency is demanding an urgent investigation into the discovery of 92 naked people on Greece’s land border with Turkey, calling the incident shocking and saying it had been “deeply distressed” by images of the group.

The men, mainly from Afghanistan and Syria, were found close to the frontier after crossing the Evros River in rubber dinghies, according to Greek police. Children were among the group, a UNHCR spokesperson told the Guardian.

“We are asking for a full investigation because the circumstances are not clear,” said Stella Nanou, the agency’s spokesperson in Athens. “We are always against degrading and cruel treatment and what we have seen is shocking.”

Images of the naked migrants, some bearing signs of injury, surfaced at the weekend after their reported discovery by patrol guards close to the river, which demarcates the border.

In a statement, Greek police said the men had testified they had been brought to the area in three Turkish military vehicles before being ordered to remove their clothes before boarding the inflatable boats. The testimonies, it claimed, were given during the course of a joint investigation conducted by Greek authorities with officials from Frontex, the EU’s border agency.

The group, who were immediately given clothes, food and first aid, have been held in the Feres police and border guard station since Saturday. They are expected to be transferred to the Fylakio reception and identification centre near Orestiada, Greece’s northernmost town, in the coming days, where UNHCR officials hope to speak to them. “UNHCR hopes to be speaking to the group in the coming days,” said Nanou.

A disturbing image of the men cupping their genitals as they crouched in the open was posted by the Greek minister of migration and asylum policy, Notis Mitarachi, on Twitter on Saturday. “Turkey’s behaviour towards 92 migrants whom we rescued at the borders today is a shame for civilisation,” the politician wrote on the social media site. “We expect Ankara to investigate the incident and protect, at last, its border with the EU.”

On Monday, Mitarachi said Turkey had embarked on a campaign of deliberately funnelling immigrants across the EU border as migration becomes an ever more sensitive issue for President Recep Tayyip Erdoğan in the run-up to elections next year.

“Turkey is in a very difficult position because these 92 people were found by Frontex itself which confirmed the incident,” he told SKAI TV, adding he would hand over photographs and other materials, including videos, when he met the head of the UN general assembly, Csaba Kőrösi, next week. “These people were the object of humiliating treatment in Turkey and were sent toward Greece.”

The incident comes amid relations that, even by the standards of the two Nato rivals, have been described as unusually tense.

Sabre-rattling by Erdoğan and other senior Turkish officials have spurred fears in Athens of military confrontation, with western diplomats voicing concerns of a potential accident, either in the skies or seas of the increasingly militarised Aegean, prompting armed conflict.

With the hostility showing no signs of abating, Greek government officials say migrants have become ever more weaponised by Turkey, itself host to about 3.8 million Syrian refugees, amid growing consternation in a nation where the economy has nosedived in recent months.

“From what it seems, Turkey does not want to investigate [the incident] because it knows [what really happened],” Mitarachi said in Monday’s TV interview.

Fahrettin Altun, Erdoğan’s chief spokesperson, described the allegations as “groundless and unfounded” in a series of tweets posted late Sunday. “The Greek machine of fake news is back at work,” he wrote. Referring to Mitarachi’s account of the border rescue, Altun said Athens’ version of events was intentionally aimed at “putting our country under suspicion”.

“Greece once again showed the whole world that it does not even respect the dignity of these oppressed people, by publishing the photographs of the refugees it has deported, extorting their personal belonging,” he added.

Ankara has accused Athens of forcibly evicting migrants across the border before they can lodge asylum claims – pushbacks, it claims, that have grown exponentially over the past year. Greece has accused Turkey of deliberately “pushing forward” migrants in an open effort to destabilise the EU despite having agreed in a landmark 2016 accord to contain migrant flows in exchange for billions of euro in aid. About 1 million people, mostly from Syria, travelled through Greece at the height of the refugee crisis in 2015 when the Aegean isles were on the frontline of migrant arrivals.

Although numbers have fallen dramatically since then, international bodies have reported a discernible rise in attempted crossings into Greece this year.

The centre-right government has vowed to extend a controversial steel, barbed-wire topped fence at the land frontier to prevent the “illegal entries”.